Your Classic Movie Guide to The Philadelphia Story 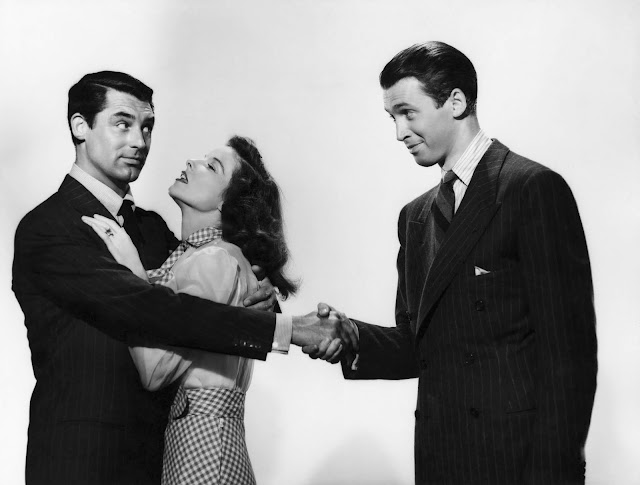 The plot: The Philadelphia Story is about wealthy heiress Tracy Lord (Hepburn), who is from one of the oldest families in Philadelphia society.  Tracy divorced her first husband (Grant) after a tumultuous marriage, and now she plans to wed a blandly handsome coal-mining magnate (John Howard). Tracy's love life has attracted a lot of media attention (socialites were a staple of thirties and forties fan magazines), and a cynical tabloid reporter (Stewart) and ace photographer (Ruth Hussey) are planning on crashing Tracy's much publicized second wedding.

The backstory: The Philadelphia Story was a major comeback film for Katharine Hepburn. She made a big splash in Hollywood in the early 1930s, quickly garnering major press attention and an Academy Award, but Hepburn's career slipped as the decade wore on and the public tired of her typecasting in haughty, patrician roles. The ever-indomitable Hepburn bought out her contract with RKO Pictures and returned to her home in Connecticut, where she worked with noted playwright Philip Barry to create her comeback vehicle.

The Philadelphia Story, which was based on the real-life antics of socialite Helen Hope Montgomery Scott, is tailored to showcase Hepburn's talents and her beauty. The play was a huge hit, first on a nationwide tour and then on Broadway, and Hepburn successfully sold the film rights to MGM, where she was reunited with her favorite director, George Cukor, and frequent costar Grant.

What to look for when you're watching The Philadelphia Story: This movie is one of the most delightful romantic comedies ever made. Here's what to look for while you watch:
1. The sparkling dialogue. The Philadelphia Story is filled with some of the wittiest repartee in old Hollywood history (Donald Ogden Stewart reworked Barry's play for the big screen), but nobody gets better lines than Hussey as wisecracking tabloid photographer, Elizabeth Imbrie.
2. Hepburn. The independent star is an icon for women's rights, but she showed a tender, vulnerable side in The Philadelphia Story that won audience's hearts and set the template for her many films with Spencer Tracy.
3. Stewart. The actor won an unexpected best actor Oscar for his role as jaded reporter Macaulay "Mike" Connor. Many think this was something of a make-up award because he didn't win in 1939 for his stellar work in Mr. Smith Goes to Washington, but he is superb here, especially in a drunk scene he shares with Grant.
4. Adrian's costumes. Hepburn was at her most beautiful in the legendary designer's stunning creations, but Hussey also looks amazing in her tailored suits.
5. Virginia Weidler. This child star who plays Tracy's younger sister steals every scene she's in, especially when she belts out the best version of "Lydia, the Tattooed Lady" this side of Groucho Marx. 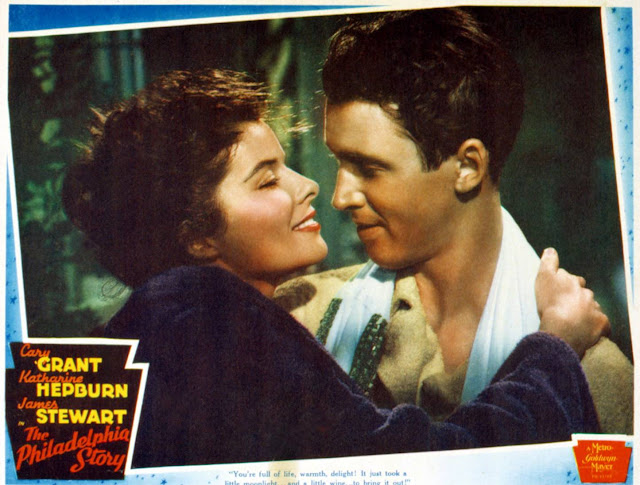 Other critics: The Philadelphia Story has a rare 100 percent rating from Rotten Tomatoes and Leonard Maltin calls it "talky, but brilliant," in a four-star review for his Classic Movie Guide. Critics in 1940 were equally enthusiastic. It was named the second best film of 1940 by the New York Film Critics Circle and Bosley Crowther of The New York Times wrote that The Philadelphia Story "has just about everything a blue chip comedy should have." The Philadelphia Story is No. 51 on the American Film Institute's list of great movies.

The bottom line: Maltin's right: The Philadelphia story is too talky, and it sags a bit in the final third of the movie, but it more than makes up for these minor shortcomings with a sparkling cast at the top of their game and MGM's luxe production values. This enduring romantic comedy is one of the best ways to begin a lifelong love affair with old Hollywood films.

How to Watch: The Philadelphia Story is available for streaming for DirecTV subscribers. Also on Blu-ray, DVD, and video-on-demand. Check out the trailer below 👇