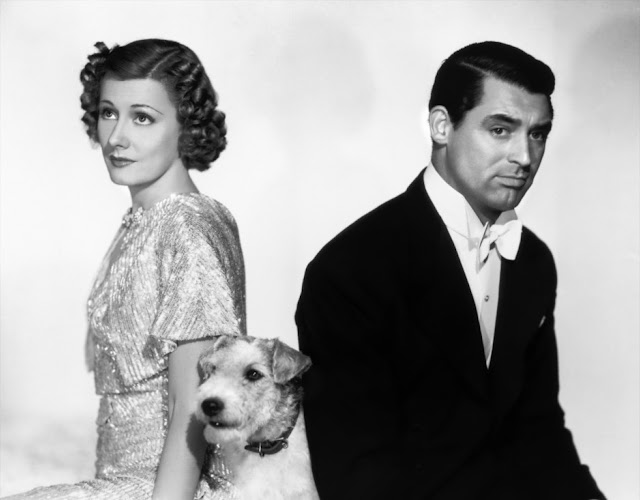 This article is part of the TCM Summer Under the Stars Blogathon hosted by Journeys in Classic Film and Musings of a Classic Film Addict. Click on the links for more great articles about Aug. 16 star Irene Dunne and all of the other 2019 SUTS honorees.

Old Hollywood icons Irene Dunne and Cary Grant made a memorable and charming screen team in three wonderful films: The Awful Truth (1937),  My Favorite Wife (1940), and Penny Serenade (1941). The first two films are madcap screwball comedies that show off both actors' skills at physical comedy and witty repartee while the third film emphasizes Dunne and Grant's dramatic chops by combining wistful comedy with soul-crushing tragedy.

You can watch two of  these films during TCM's Aug. 16 tribute to Dunne: Penny Serenade is airing at 5:45 pm ET and The Awful Truth is airing at 8 pm ET (You can catch My Favorite Wife on DVD or video on demand). These three films were crucial to both actors' careers and they make for fascinating, not to mention highly entertaining, viewing. 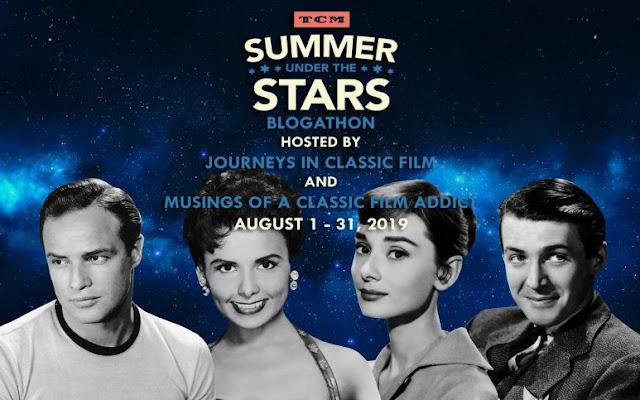 Although Grant is the better-known actor today, Dunne was actually the bigger star when she took on the role of free-spirited socialite Lucy Warriner in The Awful Truth. Dunne who was born Irene Dunn on Dec. 20, 1898, in Louisville, Ky., was a top Broadway star (she originated the role of Magnolia in Show Boat) and a popular screen actor in both musicals (Roberta) and melodramas (Back Street, Magnificent Obsession) when she decided to try a change of pace by playing a small-town Sunday school teacher who pens a risque novel in the screwball Theodora Goes Wild (1936). Audiences and critics alike went wild over Dunne's antics in Theodora, and Dunne received her second Academy Award nomination for the film, which made it inevitable that she would be cast in Columbia Pictures plans for a third film version of Arthur Richman's stage chestnut about a rich couple on the verge of divorce.

Meanwhile, Grant, who was born Archibald Leach on Jan. 18, 1904, in Horfield, England, was at a bit of stand still in his Hollywood career. Grant started in show business as a teenager when he joined a traveling acrobatic troupe, and, after immigrating to the U.S., he moved quickly through the ranks of Vaudeville and Broadway thanks to his good looks and easy charm. Grant found modest success in Hollywood as a love interest for Mae West in She Done Him Wrong (1933) and I'm No Angel (1933), but he had also appeared in a few flops (even Grant's most ardent admirers probably aren't eager to re-watch When You're in Love or Wings in the Dark). However, he finally found box-office success playing an insouciant, tuxedo-clad ghost in Topper (1937), which led directly to his casting in the crucial role of Lucy's jealous husband Jerry.

Director Leo McCarey didn't like the movie's script, which combined sophisticated comedy with a moralizing tone about the evils of adultery, so he basically just threw it out. Instead, the freewheeling director, who honed his comedy skills while working with Laurel and Hardy, The Marx Brothers, and Charley Chase, focused on spontaneous moments, like the scene where Dunne and Ralph Bellamy warble "Home on the Range" (clip here) and comic bits drawn from his real life (much like Jerry, McCarey once bought shares in a disastrous mining project).
This method worked fine for Dunne, who came from a boisterous Irish family, but it made Grant miserable, and he attempted to get out of making the movie several times. In the end, he needn't have worried. The Awful Truth was a major hit that garnered a best director Oscar for McCarey (Bellamy and Dunne were also nominated) and established Grant as old Hollywood's go-to romantic leading man. If you miss The Awful Truth on TCM, you can catch it on Blu-ray, DVD and video on demand.

Dunne, Grant, and McCarey's planned follow-up to The Awful Truth was this screwball comedy about a shipwreck survivor (Dunne) who returns after seven years of being stranded on an uninhabited island to find that she is presumed dead and her husband (Grant) has recently remarried (Grant's friend, Randolph Scott, played Dunne's hunky fellow castaway). However, after McCarey was seriously injured in a car accident, directing duties were taken over by Garson Kanin.
Gail Patrick, who played Grant's new wife, remembered the mood on the set being tense and anxious because of McCarey's condition, but none of that shows up onscreen. Dunne brings her uniquely wacky charm to the role (watch closely for a very subtle, but very funny Katharine Hepburn impression) and Grant is superb as a decent man who is in way over his head. Also, My Favorite Wife has a great roster of character actors, including Granville Bates as a feisty judge and Donald MacBride as a flustered hotel manager.

My Favorite Wife was a huge box-office success, but both actors were eager to show off their dramatic chops to audiences. Their next film was the sentimental drama Penny Serenade, about an ordinary couple who meet in a music store and go on to marry and adopt a child (director George Stevens cleverly frames the flashback structure of the film by using popular songs).
Unlike their earlier screwball films, Penny Serenade doesn't focus on the foibles of the spoiled rich. Instead, Dunne and Grant play an ordinary couple who struggle with everyday realities like paying the bills and learning how to safely bathe a wet, squirming infant. Grant's heartfelt performance earned him his first of two best actor nominations (the scene in which he pleads with a judge to keep his adopted child is one of the best moments of his storied career) and both actors later counted Penny Serenade as their favorite among their own films. If you miss Penny Serenade on TCM, it's available for streaming on Amazon Prime and several other venues and on DVD.

Although Dunne and Grant would move on to very different phases of their career after making Penny Serenade -- Dunne became an Oscar-nominated dramatic actor and philanthropist; Grant became a global superstar--the three films they made together were crucial parts of both their careers, and these movies remain firm favorites for many old Hollywood fans.

I'll leave you with this lovely musical tribute that features clips from their films.