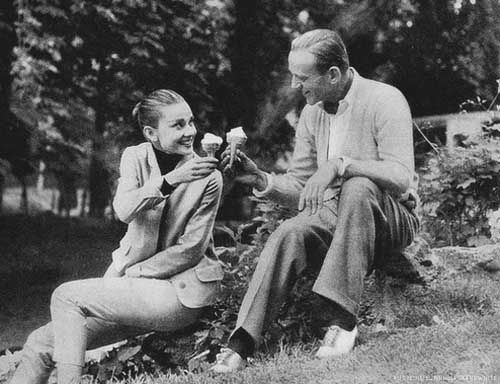 May 3 is the birth date of beloved TCM host Robert Osborne. One of Robert's favorite treats was ice cream, so the network is asking fans to have a cone, cup, or sundae in his honor and share it on social media with the hashtag #RaiseAConeForRobert (TCM is also airing a Friday night lineup of some of Robert's picks through the years starting with The Time, the Place and the Girl (1946) at 8 pm ET).

I'll certainly be lining up at my favorite ice cream stand for a delicious scoop (or maybe two) of rum raisin, but I also thought I would share some photos of classic movie stars eating ice cream (that's Audrey Hepburn and Fred Astaire while filming Funny Face in the photo above) as an extra special way to honor Robert and his enduring legacy in the classic movie community. 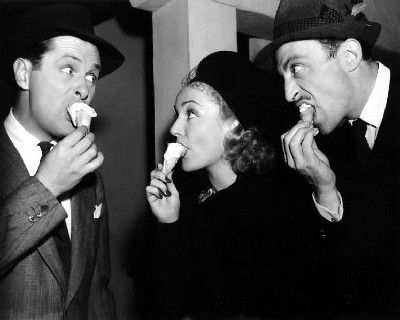 First up is Mischa Auer (at right) visiting Robert Montgomery and Carole Lombard on the set of Mr. & Mrs. Smith (1941). 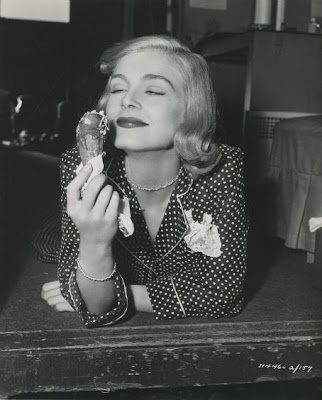 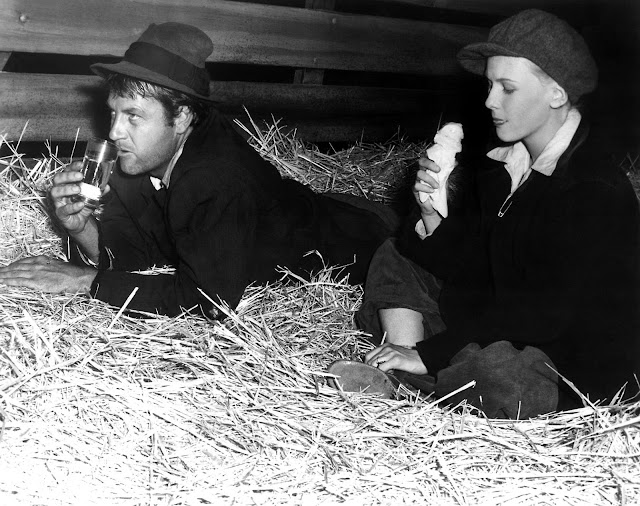 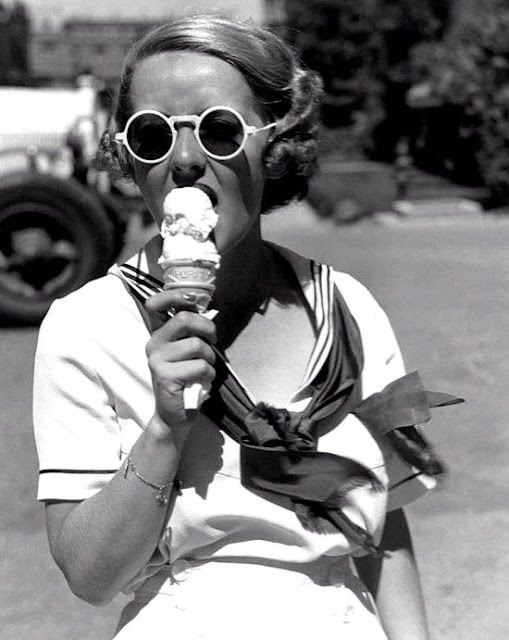 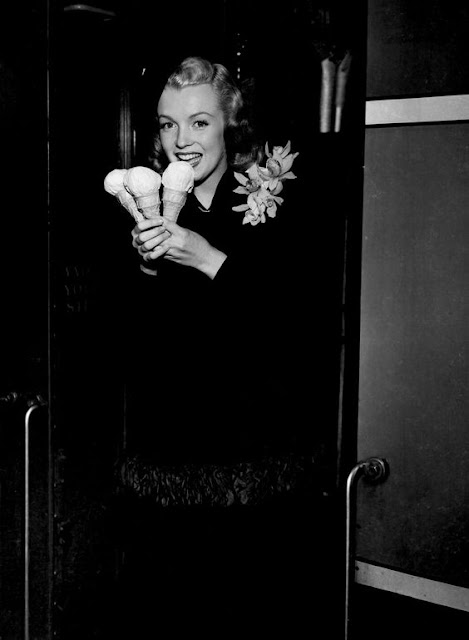 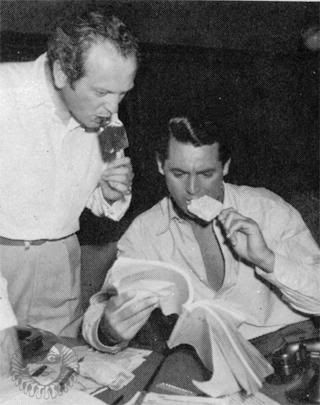 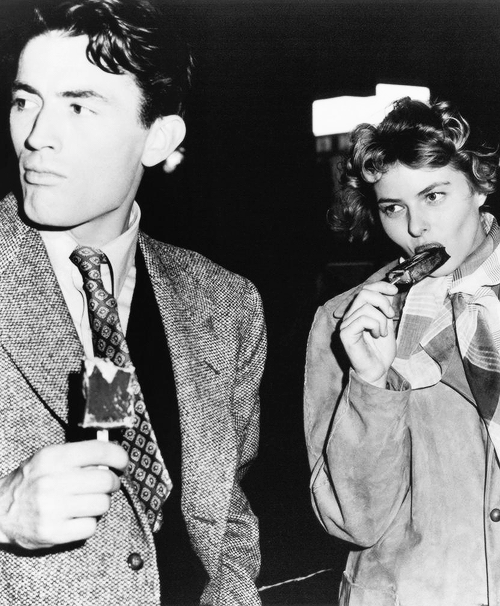 . . .And Gregory Peck and Ingrid Bergman. 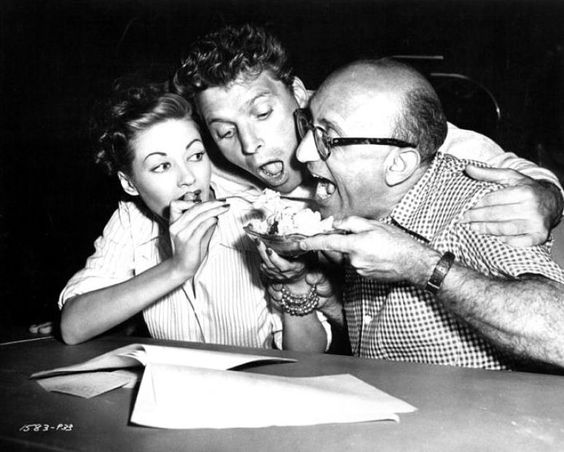 This picture of Yvonne De Carlo, Burt Lancaster, and director Robert Siodmak jokingly sharing a banana split on the set of Criss Cross (1949) makes me want to drive to Dairy Queen right now. 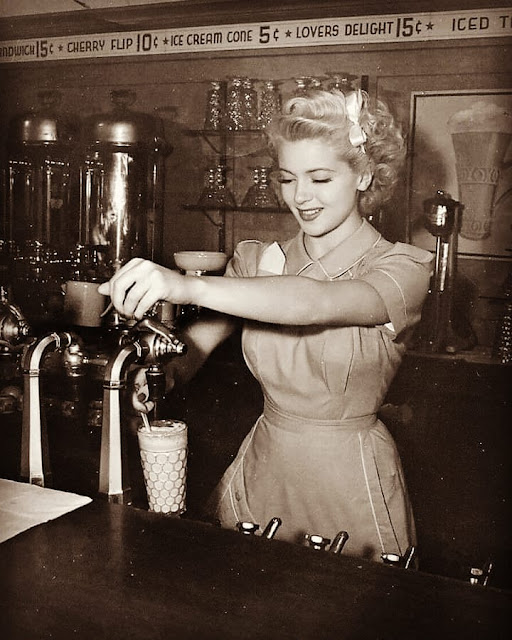 Soda fountains serving ice cream concoctions were quite popular during the old Hollywood era with both movie stars and the general population. Here's Lana Turner whipping up a milkshake in the rom-com Slightly Dangerous (The legend that Turner was discovered at the counter of the famous Sunset Boulevard hangout Schwab's Pharmacy is, unfortunately, not true; Turner's own account of events recorded the place as the Top Hat Malt Shop). 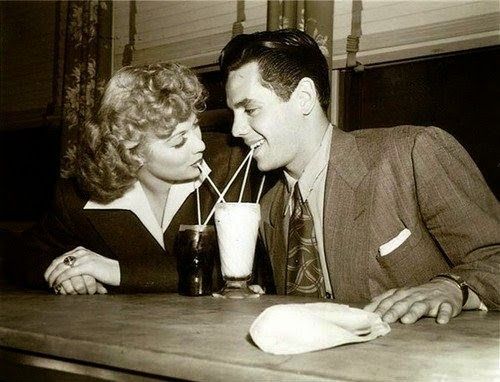 Lovebirds Lucille Ball and Desi Arnaz enjoy a unique take on a root beer float at a soda fountain counter. 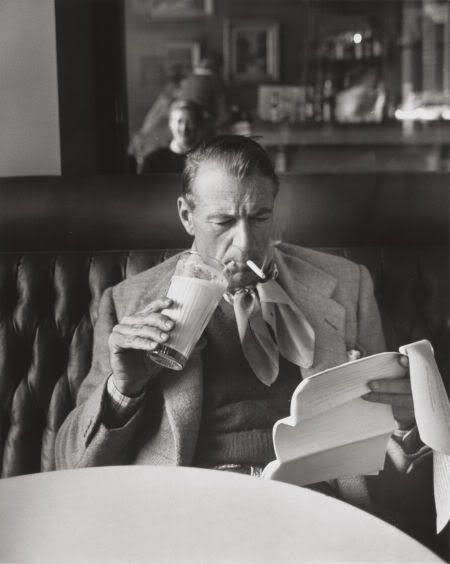 Gary Cooper studying a script while enjoying a milkshake and cigarette (at the same time!). Whatever you can say about Coop's tastebuds, his scarf game is on point. 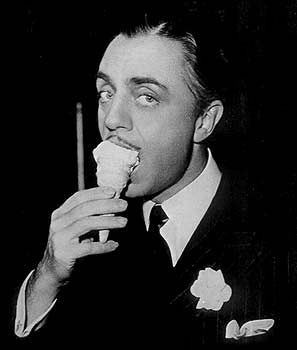 I hope you enjoyed these photos of old Hollywood stars eating ice cream. I'll leave you with the always dapper William Powell digging into a cone. Don't forget to #RaiseAConeForRobert