Five Times the Academy Awards Got It Right 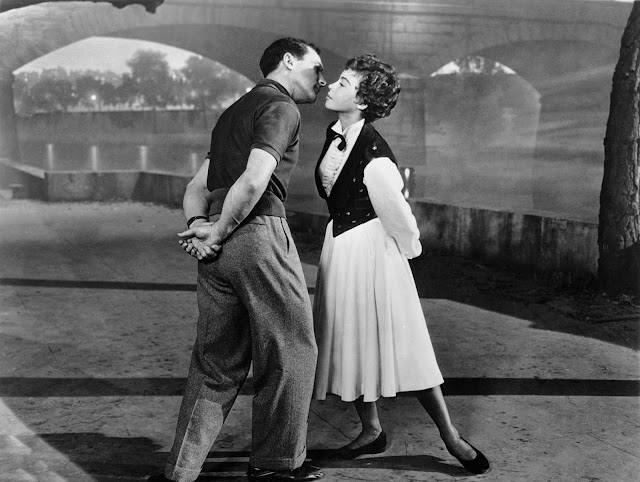 This article is part of  the 31 Days of Oscar blogathon hosted by Once Upon a Screen, Outspoken & Freckled, and Paula's Cinema Club. You can follow the links to read more great articles. The photo above shows Gene Kelly and Leslie Caron in the 1951 best picture winner, An American in Paris.

It's Oscar weekend once again, and this time of year usually brings plenty of articles about Oscar snubs. While the Academy of Motion Picture Arts and Sciences has certainly made its fair share of inexplicable decisions through the years (director Alfred Hitchcock and stars Barbara Stanwyck and Cary Grant are just three of the brilliant talents that never won a competitive statuette), there are also times the Academy made the perfect selection of film and/or actor.

For this year's blogathon I decided to focus on five times I believe the Oscars got it right. As always, feel free to leave your own choices in the comments and the highlighted text has links to full-length articles. 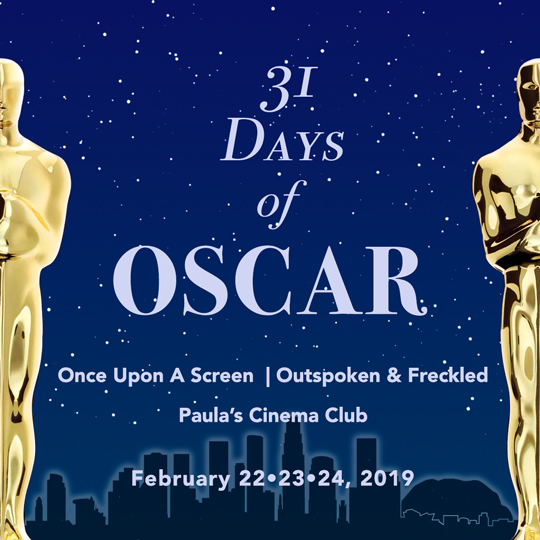 Best Picture: An American in Paris

An American in Paris faced tough competition from A Place in the Sun and A Streetcar Named Desire, but this MGM musical was the right choice for best picture. Director Vincente Minnelli and star Gene Kelly combine the glorious music of George Gershwin and Oscar-winning Technicolor cinematography into one of the most beautifully integrated works of art ever made by the old Hollywood studio system. Every frame of this movie is pure joy, especially the innovative ballet sequence, which combines dance with scenes from famous French paintings, and Kelly and Leslie Caron's achingly romantic dance to "Love Is Here to Stay." Blu-ray, DVD, and video on demand.

Best Actor: Alec Guinness in The Bridge on the River Kwai (1957)

Old Hollywood's roster of best actor winners is actually pretty solid. It's hard to argue with James Cagney for Yankee Doodle Dandy (1942), Fredric March for The Best Years of Our Lives (1946), and Gary Cooper for High Noon (1952), but Alec Guinness' brilliant performance in The Bridge on the River Kwai remains one of the great acting feats in mid-century cinema. The classically trained Guinness gives a performance of Shakespearean complexity as a British officer captured during World War II who becomes the the type of tyrant he despises without even realizing it. It's also worth noting that Sessue Hayakawa, who plays the Japanese commandant, is just as astonishing as Guinness, and he really should have received a best supporting actor statuette. On TCM at 5 pm ET March 25, 2019. Also on Blu-ray, DVD, and video on demand.

Olivia de Havilland won her second Oscar in three years (the first was for To Each His Own) for this Henry James adaptation about a shy young woman whose only hope for love is ruined by her domineering father (Oscar nominee Ralph Richardson). In a performance of great technical skill, de Havilland changes her character from an awkward debutante into a Machiavellian plotter by subtly altering her mannerisms and voice (it really does take three or four viewings of this film to get the full impact of de Havilland's performance). The bravura final scene (GIF above) is one of the unforgettable moments in old Hollywood history. On TCM at 10 pm ET March 3, 2019. DVD.

Best Supporting Actor: George Sanders in All About Eve (1950)

It's hard to think of a more perfect fit of actor and role than George Sanders as acerbic theater critic Addison DeWitt in this all-time classic from writer-director Joseph Mankiewicz. Sanders' baritone voice and haughty demeanor lent an extra zing to devastating one-liners like "you're too short for that gesture," "You have a point. An idiotic one, but a point," and my personal favorite "Dear Margo, You were an unforgettable Peter Pan" (that last one gets me every time). Although Sam Jaffe in The Asphalt Jungle and Erich von Stroheim in Sunset Boulevard did stellar work in their respective films, Sanders was really the only choice in this category. On TCM at 9:30 pm May 17, 2019. Also on Blu-ray, DVD, and video on demand.

Best Supporting Actress: Hattie McDaniel in Gone With the Wind (1939)

Hattie McDaniel became the first black actor to be nominated for AND win an Academy Award when she received the best supporting actress statuette for playing Mammy in the Civil War drama that raked in eight Oscars at the 1940 ceremony. McDaniel's surprise win (de Havilland had been expected to prevail for her performance as the fragile Melanie Wilkes in GWTW) was first and foremost an important milestone for diversity in Hollywood, but it was also a much-deserved award. McDaniel, who started out as a singer before heading to Hollywood, takes the stereotypical character from Margaret Mitchell's novel and turns her into a warm, witty, and wise woman. It's worth noting that Mammy is the only character in the film who recognizes Scarlett O'Hara's true nature from the very beginning, and also that she's the only character who is unafraid to call Scarlett out on her bad behavior.  On TCM at 8pm ET April 14, 2019. Also on Blu-ray, DVD, and video on demand.

Happy Oscar weekend, everybody! Here's Gene, Leslie and a little Gershwin to take us out.