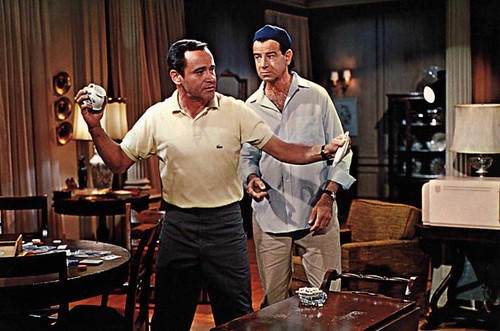 TCM is paying tribute to the life and work of Pulitzer Prize-winning playwright Neil Simon on Friday by airing a night of his films that includes the classic comedy The Odd Couple (1968) starring Jack Lemmon and Walter Matthau (photo above). This week also includes birthday tributes to character actor Edmond O'Brien and leading lady Claudette Colbert and one of old Hollywood's great family films. Note: All times are ET and the highlighted text has links to full-length articles. 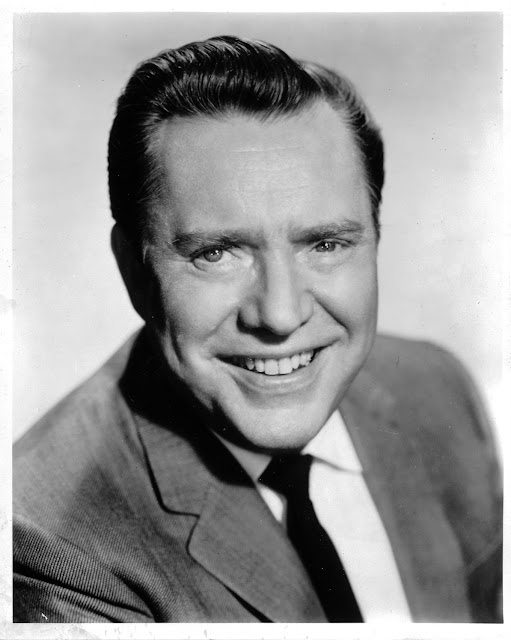 
Captains Courageous (1937) at 8 pm Monday: September guest programmer Keith Carradine chose this family classic about a spoiled rich boy (a never-better Freddie Bartholomew) who gets picked up by a fishing boat after an accident. Spencer Tracy earned his first Oscar for playing a lovable Portuguese fisherman who befriends the boy and Carradine's father, John Carradine, also appears in the film. The movie is a little slow to get going, but the last 20-minutes are one of old Hollywood's most well-done tearjerkers with fabulous performances all-around.
Another sobfest: Carradine also chose the Ronald Colman-Greer Garson romantic weepie Random Harvest (1942), which airs at 10:15 pm.

George Washington Slept Here (1942) at 12:45 pm Tuesday: This screwball about a couple (Jack Benny and Ann Sheridan) who pour all of their money into a dilapidated historic home is just as funny as TCM fan favorite Mr. Blandings Builds His Dream House (1948). Part of a daytime lineup of movies about living at close quarters.
The more, the scarier: The close quarters theme continues with a gang of criminals invading Audrey Hepburn's apartment in Wait Until Dark (1967) at 3:45 pm and Jack Lemmon lending his pad to adulterous boss Fred MacMurray in The Apartment (1960) at 5:45 pm.


Bright Road (1953) at midnight: TCM's spotlight on African-Americans in cinema includes this touching coming-of-age story that was the first screen pairing of Harry Belafonte and Dorothy Dandridge (it's also Belafonte's film debut). The pair play a teacher and principal who try to reach out to a troubled boy (Philip Hepburn).

Three from the Alongquin Round Table (Wednesday, Sept. 12, daytime)


This informal group of artists, intellectuals, and writers were quite influential in old Hollywood. TCM is airing a day of films that featuring round-table members. The Christmas comedy The Man Who Came to Dinner (1942) at 1 pm was written by Alongquin alums George S. Kaufman and Moss Hart and the main character of Sheridan Whiteside (played by Monty Woolley) is a thinly disguised portrait of Alongquin member Alexander Woollcott. Kaufman co-wrote both the backstager Stage Door (1937) at 4:15 pm and the Marx Brothers comedy A Night at the Opera (1935) at 6 pm (Harpo Marx was also a popular round table member).


TCM is airing some of the most popular films from the Ohio-born crooner and actor on Wednesday night: Here's a rundown:
The Young Lions (1958) at 8 pm: This World War II film about a Jewish man (Montgomery Clift) who faces Antisemitism  in the army (Martin plays his friend) effectively established Dino as a stand-alone movie star after his split with Jerry Lewis.
Some Came Running (1958) at 11 pm: Martin is excellent as an aimless small-town gambler in this drama about a disillusioned WWII veteran (Frank Sinatra) who returns to his Indiana hometown.
Rio Bravo (1959) at 1:30 am: Dino gives one of his most iconic performances as a laid-back deputy sheriff in this Howard Hawks-directed Western that seems to be extremely popular these days. Don't miss Martin dueting with Ricky Nelson on "My Rifle, My Pony and Me."
Toys in the Attic (1963) at 4 am:  Martin has an atypical role as a New Orleans businessman in this potboiler about a dysfunctional (and that's putting it mildly) Southern clan.
Ada (1961) at 6 am Thursday: Susan Hayward gives a tour-de-force performance as a lady with a past who unexpectedly marries a governor (Martin) and becomes a political power player in her own right. 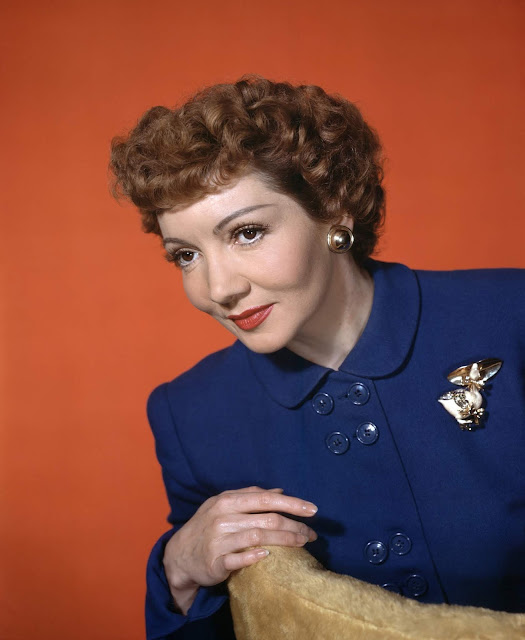 
The designs of MGM couturier Adrian were a key component in creating Joan Crawford's glamorous screen persona. She appeared in his elegant designs in the pre-code romance Our Blushing Brides (1930) at 6 am, rom-com No More Ladies (1935) at 9 am costarring Robert Montgomery and Franchot Tone, and classic comedy The Women (1939) at 12:15 pm.
More Adrian: The designer's outrageous costumes are featured in the even more outrageous Madame Satan (1930) at 3 pm, and he expertly clothes Myrna Loy, Luise Rainer, and a bevy of chorus girls in turn-of-the-century attire in the musical biopic The Great Ziegfeld (1936) at 5 pm. 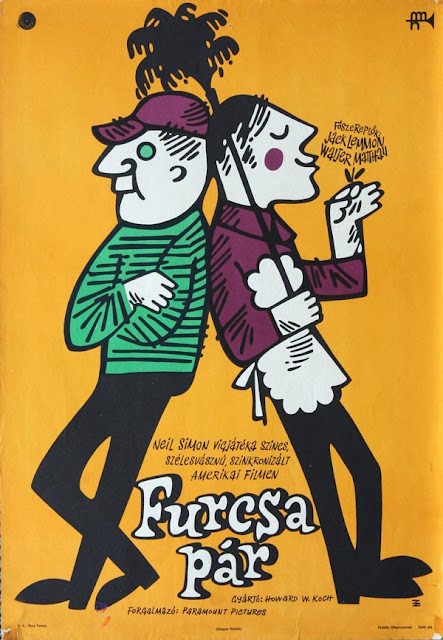 The Odd Couple (1968) at 8pm Friday: TCM's tribute to playwright Neil Simon, who passed away Aug. 26 at age 91, begins with this hilarious comedy about two divorced men (Jack Lemmon and Walter Matthau) who share an apartment. The clashes between neatnik Felix and the slobbish Oscar are very funny, but the film is also a tender and wise look at the enduring power of friendship.


The Prince and the Pauper (1937) at noon: Settle down on the couch for a late summer afternoon filled with adventure courtesy of this Warner Bros. actioner about a prince and a lookalike street urchin (played by twins Billy Mauch and Bobby Mauch) who are protected by a dashing knight (Errol Flynn). Features a rousing Erich Wolfgang Korngold score.

Picks from Around the Blogosphere (Saturday, Sept. 15 prime time) 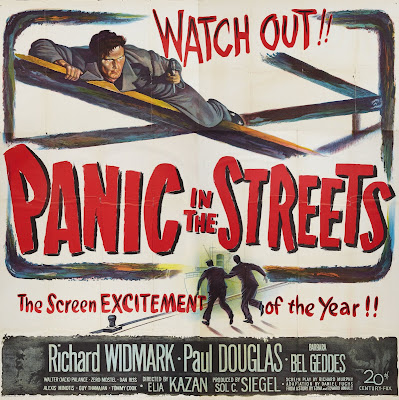 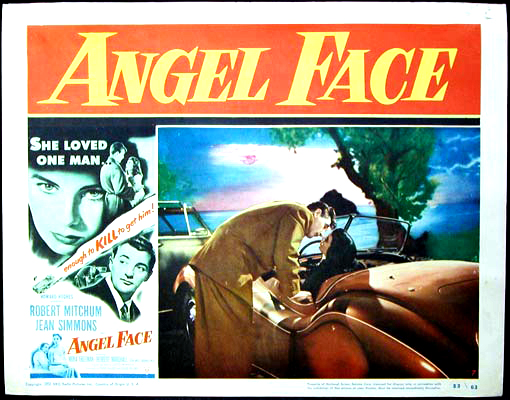 Angel Face (1953) at midnight Saturday night/Sunday morning and 10 am Sunday: Jean Simmons gives one of noir's great femme fatale performances as a neurotic woman from a rich family who conceals her troubled nature under a beautiful facade. Robert Mitchum is the unlucky guy who gets mixed up with her (as with so many men in film noir, his picker's broken).


Monkey Business (1952) at 2:15 pm Sunday: Screwball icons Cary Grant, Ginger Rogers, and Charles Coburn, plus a very funny Marilyn Monroe, star in this film about a rejuvenating serum (invented by Grant's character) that unexpectedly gets into the water supply. As they say, hi-jinks ensue. 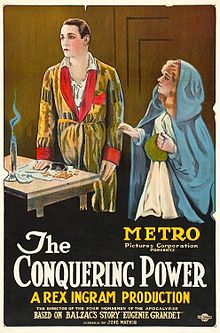