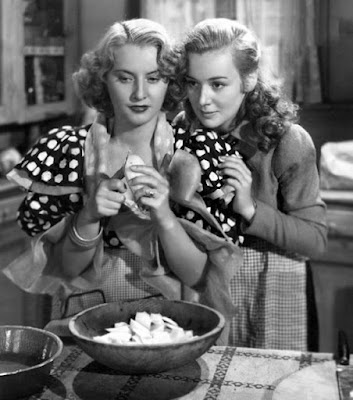 It's another blockbuster week at TCM. There's a night of Tarzan movies on Tuesday, five of star of the month Marlene Dietrich's best films with director Josef von Sternberg, and a Mother's Day lineup of movie moms and daughters. Note: All times are ET and the highlighted text has links to full-length articles.

Here's a link to the complete schedule for May 7-May 13. 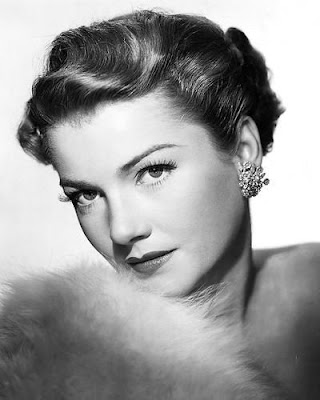 Baxter, who was the granddaughter of famed architect Frank Lloyd Wright, was born May 7, 1923, in Michigan City, Ind. After studying acting with Maria Ouspenskaya, she made her Hollywood debut in the Western Twenty Mule Team (1940) at 6 am Monday. Baxter quickly earned plum supporting roles in films like director Orson Welles' The Magnificent Ambersons (1942) at 6:30 pm and Angel on My Shoulder (1946) at 7:30 am. Baxter was a major star during the 1950s, working with top directors like Alfred Hitchcock (I Confess (1953) at 4:45 pm) and Fritz Lang (The Blue Gardenia (1953) at 12:30 pm). Baxter's later film roles include the Paris-set noir Bedevilled (1955) at 9:30 am, the psychological melodrama Chase a Crooked Shadow (1958) at 11 am and the epic Western Cimarron (1960) at 2 pm.

Tearjerker of the Week (Monday, May 7 prime time) 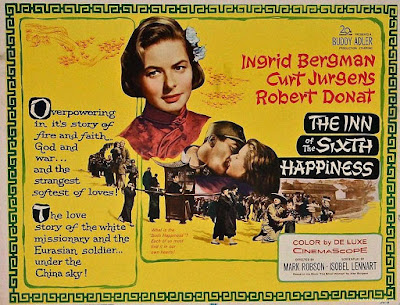 The Inn of the Sixth Happiness (1958) at 10:15 pm Monday: TCM's night of  Robert Donat films includes this biopic about a missionary to China (Ingrid Bergman) that has two of old Hollywood's best grab-your-hankie moments. The first is the final scene between Bergman and Donat, who plays a local mandarin (this was also Donat's last film; he died shortly after filming was completed). The second is the movie's tearjerking final scene, which involves dozens of orphans, the children's song "This Old Man" and a transcendent Bergman at her movie star best.
More Donat: The English actor stars in the underrated courtroom drama The Winslow Boy (1948) at 8 pm and the best version of the often-filmed The Count of Monte Cristo (1934) at 3:15 am.

Movie Monster of the Week (Tuesday, May 8 daytime)

The Thing from Another World (1951) at 6:30 pm Tuesday: A daytime lineup of movies about cold climates includes this seminal science-fiction movie about a giant blood-sucking alien (James Arness) who is menacing an Arctic research station.

May's spotlight on classic movie series continues with six of MGM's Tarzan movies starring Johnny Weissmuller as Tarzan, Maureen O'Sullivan as Jane, and Cheeta as his lovable chimpanzee self. The night kicks off with the first movie Tarzan the Ape Man (1932) at 8 pm Tuesday and ends with Tarzan's New York Adventure (1942) at 4:45 am. Johnny Sheffield joins the cast as Boy in Tarzan Finds a Son! (1939) at 1:45 am.

In the early 1940s, Johnny Weissmuller moved to RKO Pictures where he continued play Tarzan in six more movies. TCM is airing three of them: Tarzan Triumphs (1943) at 6 am Wednesday, Tarzan's Desert Mystery (1943) at 7:30 am, and Tarzan and the Mermaids (1948) at 8:45 am. After Weissmuller hung up his loincloth, RKO contract player Lex Barker took over the role for six films. TCM is airing all of these movies starting with Tarzan's Magic Fountain (1949) at 10 am and ending with Tarzan and the She-Devil (1953) at 3:45 pm. The Tarzan tribute wraps up with two films featuring Gordon Scott as the jungle lord: Tarzan's Hidden Jungle (1955) at 5:15 pm and Tarzan and the Lost Safari (1957) at 6:30 pm.
After leaving Tarzan, Weissmuller played explorer Jungle Jim in 16 films and a TV series that were wildly popular, especially with children. TCM is airing six of these movies, starting with Jungle Jim (1948) at 8 pm and ending with Pygmy Island (1950) at 2 am. The movie series continue with the first two Bomba the Jungle Boy movies starring Tarzan alum Johnny Sheffield: Bomba the Jungle Boy (1949) at 3:30 am and Bomba on Panther Island (1949) at 4:45 am.

Star of the Month: Marlene Dietrich (Thursday, May 10 prime time)

The first night of TCM's month-long tribute to the glamorous German star features five films from her legendary partnership with director Josef von Sternberg. Here's the full lineup:
The Blue Angel (1930) at 8 pm Thursday: The first Dietrich/von Sternberg collaboration stars Emil Jannings as a schoolteacher who is destroyed by his fascination with cabaret singer Lola Lola (Dietrich). Dietrich's screen persona isn't quite fully formed yet -- she was much more glamorous in her later Hollywood roles--but she's still unforgettable especially in the scene where she sings "Falling in Love Again (Can't Help It)."
The Scarlet Empress (1934) at 10 pm: This biopic about Russian empress Catherine the Great is the most atypical Dietrich/von Sternberg movie, but it's still a fascinating  "excursion in style" (as von Sternberg put it) that features glorious recreations of Czarist Russia.
Shanghai Express (1932) at midnight: This thriller set on a train between Beijing (called Peking in the movie) and Shanghai is Dietrich and von Sternberg's most accessible film with a nail-biting plot and all-star cast that includes an exceptional Anna May Wong.
Morocco (1930) at 1:45 pm: Along with Shanghai Express, this film about the star-crossed romance between a nightclub singer (a tuxedo-clad Dietrich) and a foreign legionnaire (Gary Cooper) is Dietrich and von Sternberg's masterpiece.
Blonde Venus (1932) at 3:30 am: Dietrich's entry in the suffering mother sub-genre is perhaps the most bizarre woman's picture ever made. Dietrich and Dickie Moore, who plays her son, are unexpectedly great together, but the love triangle between Dietrich, Herbert Marshall and Cary Grant is tiresome, and the nightclub scenes are all kinds of weird (this isn't necessarily a bad thing, but even la Dietrich can't quite pull off the ape costume number).

Discovery of the Week (Friday, May 11 daytime) 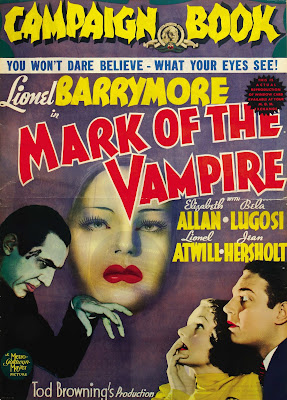 Mark of the Vampire (1935) at 4 pm Friday: The Tod Browning-Lon Chaney horror film London After Midnight (1927) is probably the most famous lost movie in cinema history, but Browning's 1935 film Mark of the Vampire is at least a partial remake of the earlier film, according to some horror experts. Either way, Mark of the Vampire is a great movie on its own with Bela Lugosi giving another chilling performance as an undead aristocrat (named Count Mora in this movie) and Lionel Barrymore in the vampire hunter role.
More Barrymore/Browning horror: The beloved character actor has a great time hamming it up in The Devil Doll (1936) at 5:15 pm as a demented Devil's Island inmate who shrinks his victims (it's complicated, but a lot of fun to watch).

Royalty at the Movies (Saturday, May 12 daytime)

The Lion in Winter (1968) at 5:30 pm Saturday: In many ways, the British royal family is the world's longest running reality show, so if you'd like to indulge in some ye olde royal gossip, spend a Saturday afternoon with King Henry II (Peter O'Toole), Queen Eleanor (Katharine Hepburn), and their three rapacious sons (Anthony Hopkins, John Castle, Nigel Terry) as they work out their dysfunctional family dynamics over the Christmas holiday (among other things, Henry has imprisoned Eleanor, and he's made his son's fiancee (Jane Merrow) his mistress).

Performance of the Week (Saturday, May 12 prime time) 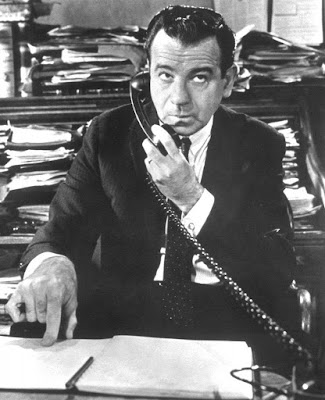 Caged (1950) at midnight Saturday night/Sunday morning and 10 am Sunday: Pregnant teenager Eleanor Parker gives birth in jail (it goes downhill from there) in this expose of the women's prison system. Parker and Hope Emerson, who plays a sadistic matron, were both Oscar nominated.


Stella Dallas (1937) at 10 pm Sunday: At least once, every great female star in old Hollywood was required to play a mother who must make an extreme sacrifice for her child (this sub-genre of the woman's picture is best described as "I gave it all up for my ungrateful kid, who probably doesn't even know who I really am and/or won't acknowledge me in public"). The 1937 version of Stella Dallas is perhaps the best of these movies with Barbara Stanwyck giving an accomplished performance (she really deserved an Oscar) as a gauche mother who gives up contact with her adored daughter (Anne Shirley) so she can marry into high society.
More moms and daughters:  There's three more mother-daughter movies airing Sunday: Light in the Piazza (1962) at 1:30 pm starring Olivia de Havilland (mom) and Yvette Mimieux (daughter);  I Remember Mama (1948) at 5:30 pm starring Irene Dunne (mom) and Barbara Bel Geddes (daughter), and Mildred Pierce (1945) at 8 pm starring Joan Crawford (mom) and Ann Blyth (daughter). 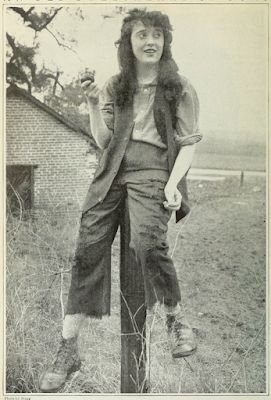 Mickey (1918) at midnight Sunday night/Monday morning: The comedienne Mabel Normand is delightful as a tomboy orphan from out West who is taken in by her snooty Long Island relatives.