The Women of Old Hollywood: Doris Day in That Touch of Mink 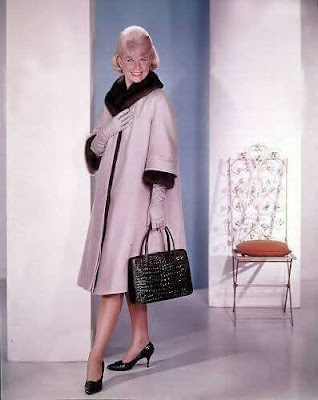 A stylish Doris Day in a publicity still for That Touch of Mink (1962).

This article is part of The Doris Day Blogathon hosted by Love Letters to Old Hollywood. It's also part of my series on Women in old Hollywood.

In the late 1950s and early 1960s, actor and singer Doris Day created a character that I refer to as the Doris Day woman: A smart, independent, usually fashion-forward lady who refuses to compromise her essential identity for the man in her life. The Doris Day woman is best exemplified by the 1959 romantic comedy Pillow Talk, but the character is also on display in That Touch of Mink (1962), in which she plays a woman who is almost insusceptible to even Cary Grant's charms.

That Touch of Mink tells the story of Cathy Timberlake (Day), a young woman from Upper Sandusky, Ohio, who is trying to make it in New York City. One day, Cathy is out searching for a job when she gets splashed with mud by a limousine owned by handsome millionaire Philip Shayne (Grant). Philip sends his financial manager, Roger (a hilarious Gig Young), to pay for replacing Cathy's dress; however, an angry Cathy insists on meeting the businessman in person. Philip is intrigued and asks Cathy out on a date, but, when he pushes for a more intimate relationship, Cathy grows increasingly nervous. 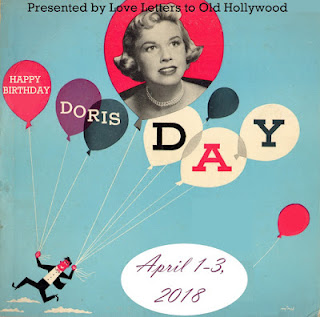 That Touch of Mink was the brainchild of Academy Award-winning screenwriter Stanley Shapiro, who  co-wrote the screenplays for the Day-Rock Hudson rom-coms, Pillow Talk (1959) and Lover Come Back (1961). He decided to stick to that winning formula for That Touch of Mink's screenplay, and Shapiro, who was also a producer, got a casting coup when  Cary Grant agreed to take on the role of Philip Shayne. Day remembered Grant as very professional and helpful during the production. He even helped Day with her wardrobe for the movie and brought in his own books to decorate the set (my new classic movie fantasy is a Bergdorf Goodman shopping spree with Cary Grant).

That Touch of Mink was a big hit in 1962 and viewed today, it is a lot of retro fun. I was fascinated by the automat scenes (I never realized there were actual people behind those machines), and the scene in which Cathy chooses a new wardrobe at the famed New York City department store Bergdorf Goodman's is positively drool worthy (the movie's credits wittily thank "Bergdorf Goodman for being Bergdorf Goodman"). The supporting cast is also exceptional, especially a sassy Audrey Meadows as Cathy's best friend (she was cast at the request of Grant who was a huge Honeymooners fan) and Young, who practically walks off with the movie as Philip's neurotic financial manager. Other familiar faces are future The Addams Family alum John Astin as a creepy government clerk who takes Cathy on a date in a poultry delivery van and Dick Sargent, aka Darrin No. 2 on Bewitched, as a befuddled newlywed.

However, the most interesting part of That Touch of Mink is Day's portrayal of Cathy. She's certainly a little kooky, but she's also smart, funny, and no pushover, especially when it comes to the daily trials of being an attractive single woman living in New York City. In the first 30 minutes of the film, Cathy handles the creeps at the unemployment office, the creeps on the subway, and the creeps at the automat with aplomb, and she doesn't shy away from dressing down the rich and powerful Philip, much to the delight of Roger who is used to seeing both men and women court favor with the charming millionaire (he nicknames her Joan of Arc because of her ability to resist the allure of wealth or, as Roger dubs it, "that touch of mink").

However, as their relationship progresses, Cathy begins to succumb to Philip's charms; after all, it's pretty hard to resist a man who a.) look likes Cary Grant and b.) takes you on a date to Yankee Stadium before addressing the United Nations. Soon, Philip is whisking Cathy away for a weekend in Bermuda where their sleeping arrangements wouldn't meet the approval of Cathy's folks back in Upper Sandusky. This touches off a crisis of conscience in Cathy that is, in its own way, as profound as anything in a Jane Austen novel, although in the film it is played for laughs, i.e. Cathy gets drunk, Cathy breaks out in a nervous rash.

Day's onscreen persona has been pilloried by some critics as "the eternal virgin," but that is an essential misreading of both her films and the characters she portrays. The Doris Day woman isn't uninterested in male companionship; she just wants romance on her own terms. In the beginning of the film, Philip treats Cathy like another one of his business deals. He essentially "buys her" with fancy dates and designer clothes, and he expects her uncomplaining co-operation when they arrive in Bermuda. However, Cathy demands to be treated with more respect than that; in fact, her essential struggle throughout the entire film is to get Philip to treat her like a person instead of like a possession that he can purchase and then, if he chooses, discard at a moment's notice.

Recent headlines have shown us that too little has changed in gender relations since the 1960s. I think the Doris Day woman is a great role model for the 21st century, so why not celebrate Ms. Day's 96th birthday by hitting the town in your best outfit, putting the creeps in their place, and demanding the respect you deserve.

That Touch of Mink is available for streaming on Netflix. It is also available on DVD and video on demand.