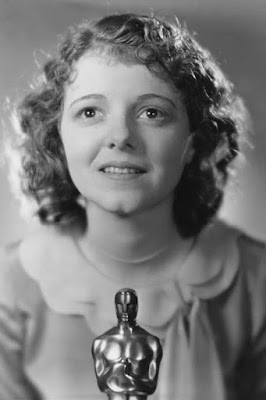 Janet Gaynor won the first best actress Academy Award for her performances in three silent films: the World War I romance 7th Heaven, the marital drama Sunrise: A Song of Two Humans, and the circus film Street Angel (1928). These three films show off Gaynor's acting range -- for someone who is primarily known today for her ingenue image, she plays everything from slapstick to tragedy with ease -- and to this day, she remains the only actress who received an Oscar for more than one film.

Although Gaynor earned her Oscar through hard work and talent, there was a certain amount of kismet involved in her history-making win. Gaynor was born Laura Gainor on Oct. 6, 1906, in Philadelphia. Her family eventually moved to Los Angeles where Gaynor worked as a secretary until she decided to try her luck at the movie business (Gaynor always had an interest in acting, but her mother and stepfather encouraged her to pursue a career in silent films). 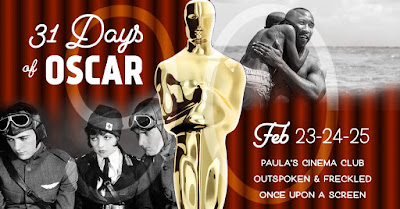 Gaynor started out as an extra in Hal Roach comedies and as a stock player for Universal Pictures before she got her big break in the disaster epic The Johnstown Flood (1926). Based on her performance in that film, the Fox Film Corporation signed Gaynor to a five-year contract. At first, Gaynor appeared in a wide variety of roles, including two Westerns directed by John Ford. However, Fox struck box-office gold with the World War I romance 7th Heaven in which Gaynor was paired for the first time with her frequent costar Charles Farrell and director Frank Borzage.

Farrell plays a Parisian sewer worker named Chico who rescues and then falls in love with Diane (Gaynor), an abused waif  who is nearly killed by her grasping sister (Gladys Brockwell). The two eventually marry and share a modest seventh-floor apartment that Diane calls "seventh heaven." The story then follows their lives through the traumatic battlefields of World War I as Borzage highlights the spiritual connection between the lovers even when they are separated by hundreds of miles.

Gaynor began filming Sunrise: A Song of Two Humans for director F. W. Murnau while she was still making Seventh Heaven. Gaynor plays the loyal wife of a farmer (George O'Brien), who, unbeknownst to her, is planning to murder his spouse so he can run away with a woman from the city (Margaret Livingston). During a tumultuous 24 hours, the man and his wife reconcile only to have fate intervene in the movie's final moments.

Gaynor gives rich, emotionally complex performances in both movies, but 7th Heaven was the bigger hit -- Fox even re-released it as an early sound film with an accompanying musical score -- and studio executives lost no time in re-teaming Borzage, Farrell, and Gaynor for the circus drama Street Angel.

Gaynor plays a feisty young orphan who takes up with a traveling circus and a promising young painter (Farrell). The film is similar 7th Heaven, but it has a more earthy tone, and Gaynor gets to show off her comic, not to mention acrobatic, chops in the circus scenes and her meet cute moment with Farrell's character.

Fortuitously, Gaynor's rise to prominence coincided with the founding of the Academy of Motion Picture Arts and Sciences. The Academy was organized by several Hollywood bigwigs who decided that the movies needed a group that could promote the industry and help solve technological problems and labor disputes, according to 60 Years of the Oscar: The Official History of the Academy Awards by Robert Osborne.

In 1929, The Academy decided to hold an annual awards ceremony to honor technical and artistic achievement in film. A panel of 20 judges nominated Gaynor, Louise Dresser (A Ship Comes In) and Gloria Swanson (Sadie Thompson) for best actress, and Gaynor was chosen as the winner by a five-member committee. The rules for this first ceremony allowed actors to be nominated for more than one performance. Best actor winner Emil Jannings also won for his performances in two films: The Last Command (1928) and The Way of All Flesh (1927).

The winners were announced three months before the May 16 ceremony, but Gaynor dutifully appeared at the black-tie dinner to pick up her statuette from Academy President Douglas Fairbanks. Gaynor later told TCM host and Oscar historian Robert Osborne that the highlight of the ceremony for her was meeting the "dashing" Fairbanks, and, that at age 22, she didn't really think about the historic significance of her accomplishment. "Had I known then what it [the Oscar] would come to mean in a few years, I'm sure I would have been overwhelmed. But I still remember that night as very special, a warm evening filled with important people and nice friends."

Gaynor was nominated once more in 1937, ironically for A Star Is Born, in which she plays a young woman who rises from obscurity to win an Oscar. Gaynor also enjoyed attending Oscar ceremonies through the years. I'll leave you with this clip of Gaynor and Oscar winner Walter Matthau presenting the best actress award in 1978 (look out for Greer Garson and Mickey Rooney in the crowd. Also, Diane Keaton won for Annie Hall, just in case you were wondering).