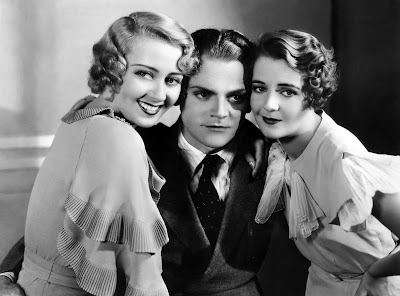 This article is part of The Busby Berkeley Blogathon hosted by Hometowns to Hollywood. This is also part of a year-long series of articles celebrating the 100th anniversary of Warner Bros. studio.

Warner Bros. publicity department ballyhooed Footlight Parade (1933) as having "the most magnificent spectacles ever conceived" and the backstage musical certainly lives up to that billing. Legendary choreographer Busby Berkeley crams each musical number with eye-popping set pieces that include an alley cat number, a tribute to Franklin Roosevelt and the New Deal, and a show-stopping human waterfall.

Footlight Parade tells the story of Chester Kent (James Cagney), a colorful Broadway showman who finds himself out of job because of the popularity of sound movies. However, the ever-inventive Chester has an idea that he believes will put him back on top: Staging live-action numbers called musical prologues before the start of each film. Chester gets the backing of a powerful producer, Si Gould (Twitter sensation Guy Kibbee), but various complications arise including Mrs. Gould's meddling and Chester's complicated love life. 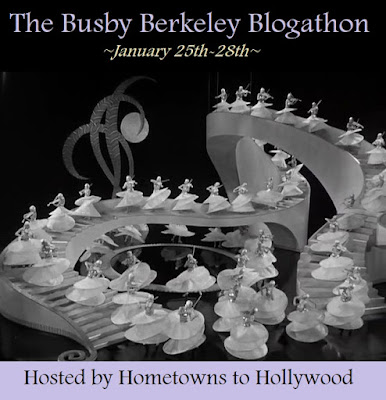 Footlight Parade was the third of several Berkeley-helmed musicals that Warner's produced in the early 1930s. All of these films combined mildly risque comedy and a backstage plot with elaborate production numbers that featured Berkeley's signature geometric choreography. Studio chief Jack Warner often lost patience with Berkeley's spendthrift ways, but he agreed to make Footlight Parade in part to please Cagney, who badly wanted a change of pace from the gangster roles that made him a star.

Warner added Cagney's frequent co-star Joan Blondell and top musical couple Ruby Keeler and Dick Powell as box-office insurance. The rest of the cast was filled with Warner's deep roster of character actors, the standouts of which are the always wonderful Kibbee, Frank McHugh as an exasperated director ("it can't be done, I tell ya, it can't be done," is his oft-repeated line), and Hugh Herbert as a lecherous censor ("I was just showing her what they won't allow in Kalamazoo," he says after being caught in an illicit embrace).

Despite the great acting, Footlight Parade is dominated by the four elaborate Berkeley-choreographed numbers that serve as the film's centerpiece.

Sittin' on a Backyard Fence 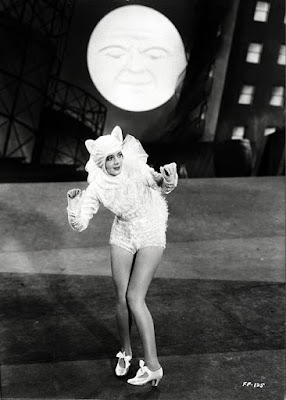 Almost 50 years before the musical Cats debuted, Berkeley dressed Keeler and a bevy of chorines in feline costumes for "Sittin' on a Backyard Fence." This relatively simple (by Berkeley's standards, anyway) routine manages to be charming, surreal, and bizarre all at the same time, which is borne out by the "what am I looking at" expression on McHugh's face (click here for a clip ).


Newlyweds Keeler and Powell check into the Honeymoon Hotel for this innuendo-laden number that features the wink-wink nudge-nudge lyrics that were so popular in thirties musical comedies (the catchy tune is also a real earworm; I've had it stuck in my head for days). "Honeymoon Hotel" is also a great showcase for Berkeley's superb camera work. He is a master at creating the impression that he is filming a stage show while giving moviegoers images that they could not have experienced in a theater setting. The dissolve that opens the scene, which shows a newspaper ad turning into a hotel lobby, is a good example of this (clip above). 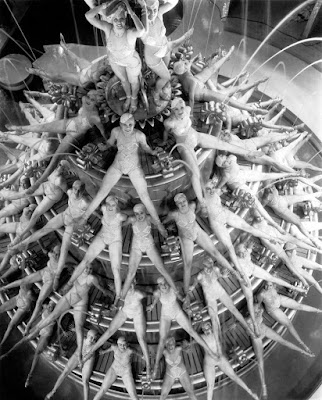 Footlight Parade's undeniable showstopper is the By a Waterfall aquacade. The penny-pinching Jack Warner nearly collapsed when he saw Berkeley's design for a custom-made 80-by-40 foot pool -- "It's going to take the Bank of America to keep you going," Warner moaned upon seeing Berkeley's design -- but Berkeley certainly made spectacular use of the elaborate set. He filled every last inch of the screen with a virtual army of showgirls (among them was Dorothy Lamour making her film debut) who form intricate geometric designs that culminate in a jaw-dropping human waterfall (photo above and here's a clip).

Shanghai Lil is Footlight Parade's big finale. It starts out in a Far East opium den where cocky sailor Cagney is looking for lost love Keeler (gif above) before taking an unexpected turn into flag-waving patriotism with a salute to newly elected president Franklin Roosevelt and the National Recovery Act. The eagle design created by the dancers was the symbol of the National Recovery Act, a Roosevelt-sponsored government program that was designed to get Americans back to work during the Great Depression.

Footlight Parade is available on DVD and video on demand.