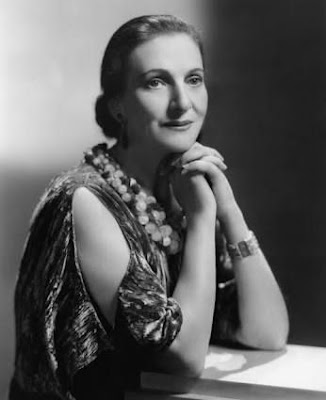 Today, I'm writing about the life and career of character actor Beulah Bondi.

This article is part of the What a Character Blogathon hosted by Outspoken & Freckled, Once Upon a Screen, and Paula's Cinema Club.

Old Hollywood character actor Beulah Bondi appeared in around 50 movies during her four-decade career, usually playing wives, mothers, and aunts. She brought to these sometimes underwritten roles a quiet dignity and moral authority that made her one of old Hollywood's quintessential matriarchs. Today, I'm going to recommend four films and one TV show starring Bondi, but first here's a little background.

Bondi was born Beulah Bondy on May 3, 1888, in Chicago to real estate agent Abraham Bondy and his wife, Eva (She later changed the spelling of her last name because of her father's disapproval of the acting profession; incidentally, Bondi's unusual first name comes from the Hebrew word for wife). Bondi grew up in Valparaiso, Ind., where she was bitten by the acting bug at age 7 when she played the title character in a local stage production of Little Lord Fauntleroy. 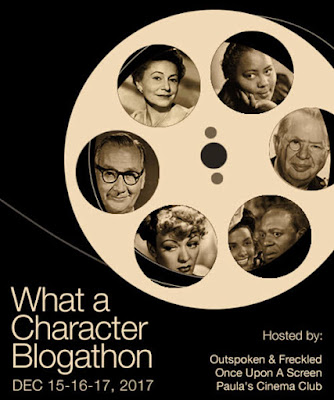 Bondi's family always wanted her to have a more traditional life, but Beulah was determined to pursue her dreams of a theatrical career. After graduating from the prestigious Frances Shimer Academy (now known as Shimer College) in Mount Carroll, Ill., Bondi received a master's degree in oratory at Valparaiso University in 1918. She eventually headed for the bright lights of New York City where, at the age of 37, she made her Broadway debut playing an elderly lady in One of the Family. This role set a template for Bondi's career; she often played characters who were several decades older than her real age. Bondi took on these roles with her usual professionalism, telling The New York Times, "I had this face that somehow seemed older."

Bondi's real breakthrough came in the Pulitzer Prize-winning play Street Scene by Elmer Rice, where she has a small but memorable role as one of the residents of a New York City tenement. Bondi recreated her performance in the 1931 movie version, and from then-on she became one of the most sought-after character actors in thirties Hollywood. Bondi earned two Academy Award nominations for best supporting actress in the historical drama The Gorgeous Hussy (she plays President Andrew Jackson's long-suffering wife, Rachel) and the Civil War weepie Of Human Hearts (this was the first of four films in which she played James Stewart's mother).

Bondi continued to work steadily in films throughout the 1940s and 1950s with memorable appearances in Our Town (1940), Penny Serenade (1941), It's a Wonderful Life (1946), The Snake Pit (1948), and The Furies (1950). In her later years, Bondi worked extensively on TV. She received an Emmy Award for her final role as mountain matriarch Martha Corrine Walton in "The Pony Cart" episode of The Waltons.

Bondi died on Jan. 11, 1981, at age 92 after several broken ribs caused her to have respiratory problems. Her ashes were scattered at sea.

The only leading role of Bondi's career came in this poignant film about a devoted elderly couple who are separated by their unsympathetic children during the Great Depression. Today, this movie is primarily known as the inspiration for Japanese director Yasujiro Ozu's masterpiece Tokyo Story (1953), but it is a fine film on its own with beautifully restrained performances from veterans Bondi and Moore. The Grapes of Wrath (1940) notwithstanding, Make Way for Tomorrow may be the starkest depiction of Depression-era America ever put on film. 7:45 a.m. Jan. 20 on TCM. Blu-ray; DVD. 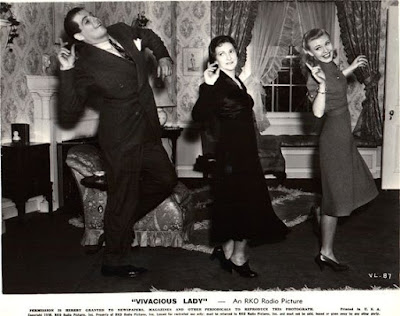 Bondi got a rare chance to show off her comedy chops in this delightful screwball. Bondi once again plays Stewart's devoted mother: This time he's an awkward botany professor who falls hard for nightclub performer Ginger Rogers much to the chagrin of Stewart's stuffy dad (Charles Coburn). Bondi gently spoofs her own screen image as another long-suffering wife (she pretends to have a heart condition to get away from her demanding husand), and she even does an impressive soft-shoe in one scene with Rogers and James Ellison (photo above). DVD.

I'm assuming everyone has seen It's a Wonderful Life, so I'm going to recommend this Yuletide romance that stars Fred MacMurray as a New York district attorney who brings a shoplifter (Barbara Stanwyck) to his mother's Indiana farm for the holidays. MacMurray and Stanwyck have great chemistry together, but some of the film's best moments involve Bondi's interplay with Stanwyck. Also, the Christmas Eve scene, which showcases the entire ensemble cast, is heartbreakingly beautiful. 10 p.m. Dec. 22 on TCM. DVD.


Bondi appeared as mountain matriarch Martha Corrine  in three episodes of the beloved TV series about a rural Virginia family living through the Great Depression and World War II. Bondi's last screen appearance was in the 1976 episode "The Pony Cart" in which an ailing Martha Corrine returns to Walton's Mountain to say her goodbyes to her extended family. Bondi was well into her 80s when she played the role, but she had lost none of her considerable screen presence. In fact, her dynamic performance makes "The Pony Cart" the best episode of the long-running series, and Bondi won a much-deserved Emmy Award for her work. Available on the season five DVD of The Waltons.

I'll leave you with TCM's What a Character tribute to Bondi.