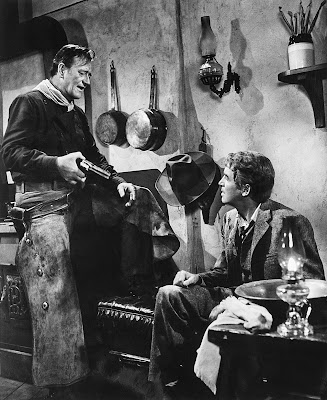 TCM is winding up its November tribute to star of the month James Stewart with 24 hours of Westerns on Wednesday that include his collaborations with directors John Ford and Anthony Mann. Also, TCM is kicking off December with an evening lineup of Christmas movies and a day-filled with Cary Grant movies.

Christmas movies: Friday evening has a full lineup of holiday movies and there are two Christmas classics airing on Sunday afternoon. See each day's entry for more details.

Three daytime picks: The theme is marital mishaps starting with Married Bachelor (1941) at 9 a.m. which stars Robert Young as a cash-strapped writer whose book about the single life becomes a bestseller much to his wife's chagrin. The afternoon lineup has two great Lauren Bacall movies. She helps escaped convict Humphrey Bogart search for his wife's real killer in Dark Passage (1947) at 1:45 p.m. Fashion designer Bacall and sports writer Gregory Peck try to make their quickie marriage work in Designing Woman (1957) at 5:45 p.m.
Prime time lineup: Each Monday and Tuesday in November, TCM is airing movies about the Hollywood Blacklist of the late 1940s and early 1950s. During that time period, the U.S. Congress investigated actors, directors, and writers for alleged Communist activity and many were blacklisted, which meant they were barred from earning a living in their chosen profession. Monday's lineup, which is co-hosted by blacklisted actor Lee Grant, deals with those who made Hollywood comebacks after the blacklist. Blacklisted screenwriter Dalton Trumbo re-emerged in Hollywood by writing the screenplays for Spartacus (not airing) and Exodus (1960) at 8 p.m.
Late night pick: If you've been watching this series, you've heard a lot about writer and director Abraham Polonsky. After being blacklisted in 1948, he did not direct another film until 1969. Tell Them Willie Boy Is Here is a powerful true story about a young Paiute Indian man (Robert Blake) who was on the run from the law in 1909.

Three daytime picks: The morning lineup features films from MGM director Norman Z McLeod, who was particularly known for his light comedies like the supernatural screwball Topper (1937) at 9:30 a.m. and musicals like the Cole Porter adaptation Panama Hattie (1942) at 12:45 p.m. The afternoon lineup features three films from leading lady Rosalind Russell, including the fun comedy Never Wave at a WAC (1952) at 2:15 p.m., which finds Russell as a socialite who joins the military.
Prime time lineup: The spotlight on the Hollywood Blacklist continues with comeback movies for those blacklisted. Several blacklisted people, including director Martin Ritt and star Zero Mostel made The Front (1976) at 8 p.m., which is a comedy-drama about a blacklisted writer (Michael Murphy) who uses a nebbishy waiter (Woody Allen) to put his name on his scripts. Lee Grant, who is co-hosting tonight's movies, gradually rebuilt her career in films like the urban drama The Landlord (1970) at 10 p.m., for which she received an Academy Award nomination for best supporting actress. 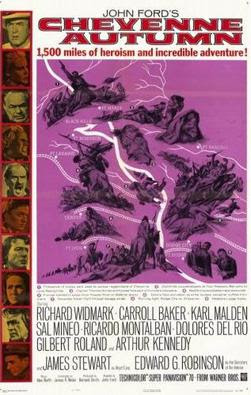 Three daytime picks: A birthday tribute to actor and dancer Virginia Mayo, who was born Virginia Jones on Nov. 30, 1920, in St. Louis. Mayo is primarily known today for her films noir, but she was a top Warner Bros. star in the 1940s and 1950s because of her musical talents. She plays James Cagney's dance partner in  The West Point Story (1950) at 9 a.m.; a burlesque dancer who decides to get a college education in She's Working Her Way Through College (1952) at 12:45 p.m., and a gold-digging chorus girl in Painting the Clouds with Sunshine (1951) at 4:15 p.m..
Prime time lineup: TCM is celebrating the Scottish national holiday, St. Andrew's Day, with a night of films set in Bonnie Scotland. First up is the delightful comedy Wee Geordie (1955) at 8 p.m. about a rural Scottish lad (Bill Travers) who enters the Olympics. The Maggie (1954) at 10 p.m. is a battle of the wills between a rich American (Paul Douglas) and a wily barge captain (Alex Mackenzie).
Late night pick: An adaptation of Scottish writer Robert Louis Stevenson's swashbuckler The Master of Ballantrae (1953) is airing at midnight.

Three daytime picks: The theme is movies starring Cary Grant. Grant plays a cheeky gambling ship owner who falls for good girl Laraine Day in Mr. Lucky (1943) at 8:15 a.m. Grant gives an Oscar-nominated performance as a Cockney drifter in None But the Lonely Heart (1944) at 12:30 p.m. Grant costars with his then wife Betsy Drake in the family comedy Room for One More (1952) at 4 p.m.
Prime time lineup: TCM is kicking off December with a night of Christmas movies starting with two couples (Jane Fonda and Jim Hutton and Tony Franciosa and Lois Nettleton) having marital troubles on Christmas Eve in Period of Adjustment (1962) at 8 p.m.. Next, is the classic weepie All Mine to Give (1957) at 10 p.m. about six pioneer children who are suddenly orphaned and have to look after themselves on Christmas.
Late night pick: The family Christmas movies continue in late night with the Australian film Bush Christmas (1947) at midnight and the Margaret O'Brien vehicle Tenth Avenue Angel (1948) at 1:30 a.m. The documentary A Night at the Movies: Merry Christmas (2011) is airing at 3 a.m.

The classic Christmas movie The Shop Around the Corner (1940) is airing at noon followed by its musical remake In the Good Old Summertime (1949) at 2 p.m.
The prime time lineup is all about movies based on the 19th century opera Carmen. The drama The Loves of Carmen (1948) at 8 p.m. has Rita Hayworth in the title role while Dorothy Dandridge does the honors in the modern musical Carmen Jones (1954) at 10 p.m.