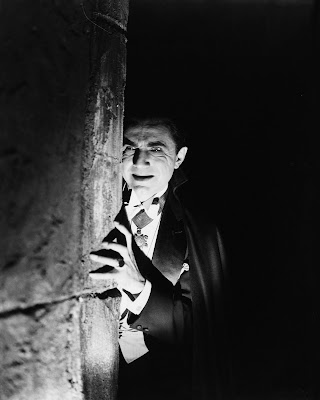 TCM is airing a night of Dracula films on Sunday. The lineup includes Bela Lugosi in the 1931 Universal Pictures horror film.

TCM is starting off October with a lineup of horror films featuring movie monster Dracula. There's also a great daytime lineup of movies about space invaders and an evening of films from star of the month Jennifer Jones.

Noir Alley: Joan Crawford gives one of the best performances of her career as a unstable woman whose love for Van Heflin becomes increasingly obsessive in Possessed (1947) at 10 a.m. Sunday.

TCM Essentials: Director Vincente Minnelli provides a warts-and-all look at the Hollywood studio system in The Bad and the Beautiful (1952) at 8 p.m. Saturday

Best Day to DVR: Sunday prime time and late night: TCM will air movies featuring Dracula every Sunday night this month. The Oct. 1 lineup starts with Bela Lugosi's first performance as the mythical bloodsucker in Universal Pictures horror film Dracula (1931) at 8 p.m. Next up are two more Universal offerings: Gloria Holden gives a memorably chilling performance as Dracula's Daughter (1936) at 9:30 p.m. while Lon Chaney, Jr., plays Count Alucard (get it?) in Son of Dracula (1943) at 11 p.m. Wrap up your evening with German director F.W. Murnau's silent masterpiece Nosferatu (1922) at 12:30 a.m., which is an unauthorized adaptation of Bram Stoker's novel.

Three daytime picks: The theme is movies set on trains starting with the great noir The  Narrow Margin (1952) at 10 a.m., which features cop Charles McGraw escorting a gangster's widow on a harrowing journey. Next, Buster Keaton tries to save his beloved steam engine in the silent comedy The General (1927) at 11:45 a.m. Finally, village sleuth Miss Jane Marple (Margaret Rutherford) witnesses a horrible crime on a passing train in Murder She Said (1961) at 6:30 p.m.
Prime time lineup: TCM is celebrating the centenary of Czech actor Herbert Lom with a lineup of his films. Lom was born Sept. 11, 1917, in Prague. He emigrated to Great Britain just before the start of World War II where his imposing voice and menacing demeanor got him villain roles in films like the circus movie The Dark Tower (1943) at 8 p.m. Lom also appeared as the title character in the Hammer Films' remake of The Phantom of the Opera (1962) at 9:45 p.m.
Late night pick:  Lom  plays the most menacing member of a bumbling gang of thieves in the Ealing Studios comedy The Ladykillers (1956) at 1:15 a.m. Lom's first performance as Inspector Clouseau's increasingly exasperated boss came in A Shot in the Dark (1964) at 4:45 a.m.

Three daytime picks:  The theme is space invaders starting with the cheesy Jules Verne adaptation From the Earth to the Moon (1958) at 6:45 a.m. (watch this one for the great cast, including Joseph Cotten, George Sanders, and Henry Daniell). Leonard Maltin rightfully calls the bonkers mad scientist/flying saucer movie The Cosmic Monster (1958) at 10 a.m. "gleefully ghoulish." Finish off your afternoon with one of the best fifties science fiction films, Forbidden Planet (1956) at 2:45 p.m.
Prime time lineup: TCM will air movies from leading lady Jennifer Jones every Tuesday in September. This week's lineup features literary adaptations starting with Jones performance as Victorian poet Elizabeth Barrett Browning in The Barretts of Wimpole Street (1957) at 8 p.m., followed by Jones and Rock Hudson in the second adaptation of Ernest Hemingway's World War I novel A Farewell to Arms (1957) at 10 p.m.

Late night pick:  Jones plays  the unstable wife of hedonistic psychiatrist (Jason Robards) in the adaptation of F. Scott Fitzgerald's roman a clef, Tender Is the Night (1962) at 12:45 a.m. 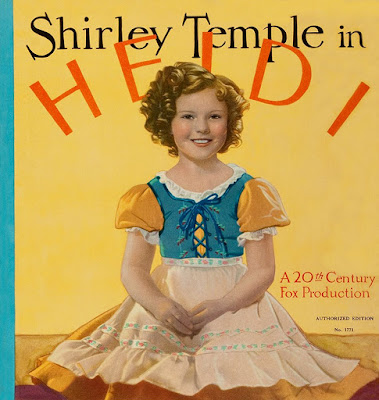 Three Daytime Picks:  The theme is movies featuring actor Broderick Crawford starting with he, Edward G. Robinson, and Edward Brophy as ex-cons whose luggage business gets in the way of their life of crime in Larceny, Inc. (1942) at 7:45 a.m. Crawford plays one of apartment owner David Niven's eccentric tenants in the screwball A Kiss in the Dark (1949) at 1 p.m. Clark Gable convinces Crawford to go all in for Texas statehood in the Western Lone Star (1952) at 4:30 p.m.
Prime time:Tonight's lineup is devoted to movies featuring MPTF staff and actors and crew members who now reside in the Motion Picture & Television Country House and Hospital in Los Angeles. First up MPTF media director Jennifer Clymer will introduce the Shirley Temple classic Heidi (1937) at 8 p.m.  followed by World War II noir Sealed Cargo (1951) at 9:45 p.m., which stars Dana Andrews as a fishing captain trying to sneak supplies past the Nazis (not sure who is introducing this one).
Late night pick: Set decorator Stephen Kohler will talk about his work on Dr. Zhivago (1965) at 1:30 a.m.

Three daytime picks: The theme is movies about trials. First up, Edna May Oliver plays a jury holdout who takes it upon herself to investigate a murder trial in Ladies of the Jury (1932) at 6 a.m. Next, Spencer Tracy and Fredric March take the battle over evolution to a Tennessee courtroom in Inherit the Wind (1960) at 1:45 p.m. Brilliant barrister Charles Laughton is caught up in a high-profile murder case in Witness for the Prosecution (1957) at 6 p.m.
Prime time lineup: Tonight's lineup features two exploitation films about sixties counterculture from director Arthur Dreifuss. The Love-Ins (1967) at 8 p.m. follows the Timothy Leary-like leader (Richard Todd) of an LSD cult. Mimsy Farmer plays a troubled teen who gets involved with the wrong crowd in Riot on Sunset Strip (1967) at 10 p.m.
Late night pick: A then unknown Al Pacino got rave reviews for his portrayal of a heroin addict in The Panic in Needle Park (1971) at midnight.

Three daytime picks: A birthday tribute to actor Lizabeth Scott who was born Emma Matzo Sept. 29, 1922, in Scranton, Pa. Scott was one of film noir's best actresses in movies like The Strange Love of Martha Ivers (1946) at 9:30 a.m (she plays a former crook who falls for Van Heflin), Too Late for Tears (1949) at 3 p.m. (simply one of the great femme fatale performances as a grasping woman who discovers stolen money) and The Racket (1951) at 6:15 p.m. (she plays mob boss Robert Ryan's moll).
Prime time lineup: Tonight's lineup features all three versions of A Star Is Born starting at 8 p.m. with the original 1937 film with Janet Gaynor as rising star Esther Blodgett/Vicki Lester and Fredric March as fading movie idol Norman Maine. That film is followed at 10 p.m. by the 1954 Judy Garland/James Mason musical
Late night: Barbra Streisand and Kris Kristofferson transfer the classic story to the rock music world in the 1976 remake on at 1:15 a.m. You can also catch the pre-code film What Price Hollywood? (1932) at 3:45 a.m. which served as the inspiration for A Star Is Born.

The Essentials series continues at 8 p.m. with host Alec Baldwin. He will be joined by former late night host David Letterman to discuss the Hollywood drama The Bad and the Beautiful (1952) at 8 p.m. followed by two more films with "bad" in the title: Naughty Joan Fontaine schemes to get rich playboy Zachary Scott away from fiancee Joan Leslie in Born to Be Bad (1950) at 10:15 p.m. while sympathetic psychiatrist Paul Henreid tries to help reform school girls in So Young, So Bad (1950) at midnight.