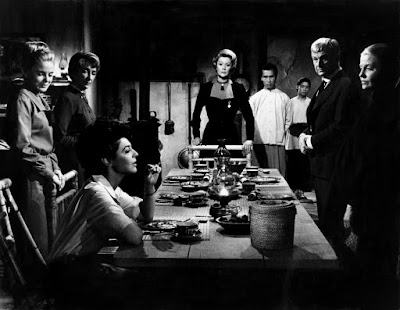 This article is part of Underseen and Underrated: The CMBA Spring '17 Blogathon from the members of the Classic Movie Blog Association.

During his legendary career, Director John Ford won four Academy Awards and made some of old Hollywood's greatest films (The Searchers, My Darling Clementine, The Grapes of Wrath). However, his final movie, the historical drama 7 Women (1966) remains relatively obscure even to classic movie fans.

7 Women tells the story of a group of American missionaries who are living in a remote Chinese outpost in 1935. They are in desperate need of a doctor to provide medical care, but they get quite the surprise when a female physician Dr. Cartwright (Anne Bancroft) shows up. The hard-drinking, cigarette-smoking Cartwright immediately clashes with the prim head of the mission (Margaret Leighton), although she proves her worth when she fights off an outbreak of cholera and when Mongol warriors invade the mission. 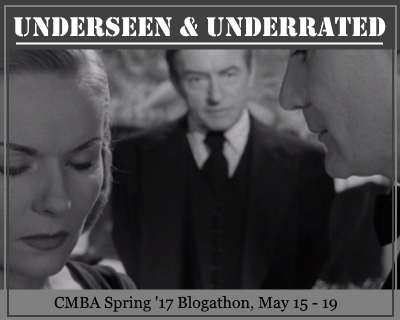 7 Women is based on a short story called Chinese Finale by historical fiction author Norah Lofts. Ford, who was entering the twilight of a five-decade career, told his production partner Bernard Smith that he wanted to "do a film about women" and suggested that Lofts' story be reworked for the big screen, according to the biography Searching for John Ford by Joseph McBride.

Ford wanted either Katharine Hepburn or Jennifer Jones to play the pivotal role of Dr. Cartwright, but neither actor was interested, so Oscar-winner Patricia Neal took on the part instead. Tragically, Neal suffered a debilitating stroke six days into the filming,  and she was replaced by Bancroft. Otherwise, 7 Women was a remarkably smooth shoot, with Ford, who was known to bully actors, on his best behavior (he played the gallant gentleman with older performers like Anna Lee and Flora Robson, and he enjoyed bantering with the earthy Bancroft). 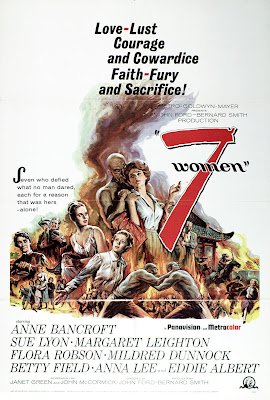 The result was a critical and box-office bomb that effectively ended Ford's career. 7 Women did enjoy a much better reception in Europe where Ford was already regarded as an auteur of American cinema. The cinephile magazine Cahiers du Cinema and influential critic Andrew Sarris both named 7 Women one of the top 10 films of 1966, and it has since been highly praised by Sight & Sound, The New Yorker, and Slant Magazine.

Viewed today, 7 Women is both quintessential Ford and a startling departure for the great director. The film has a great deal in common with many of Ford's best Westerns, especially Stagecoach (1939), which shares with 7 Women the plot of a group of strangers who are forced to come together to fight a common enemy (in Stagecoach, it's Apaches; in 7 Women it's the pillaging hordes of Mongol warlord Tunga Khan). There's also Ford's trademark narrative efficiency -- the movie flies by at a crisp 87 minutes -- and even a rendition of his favorite hymn, "Shall We Gather at the River."

However, what makes 7 Women stand out is its almost exclusive focus on the female characters, and how Ford uses those characters to deal with the clash between civilization and chaos that was always a great theme in his films. 7 Women not only deals with the standoff between the Christians and the raping, pillaging Mongol hordes, but also with the battle of the wills between the repressed head missionary and the free-spirited doctor (Bancroft has a great time throughout the movie striding around in a cowboy hat and riding boots while smoking like a chimney and swearing away in her Bronx accent).

Bancroft plays one of Ford's rebels who, by virtue of their outsider status, are compelled to restore order. But, while Ford's male heroes cleaned out cow towns with their six shooters, Dr. Cartwright's only weapon is her body, which leads to a tragic, masterfully directed final scene that is among the great moments in Ford's illustrious body of work.

7 Women is available on DVD and video on demand.