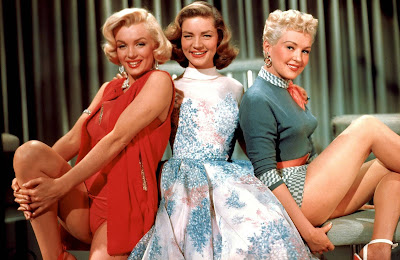 TCM is airing How to Marry a Millionaire (1953), starring Marilyn Monroe, Lauren Bacall, and Betty Grable, during its 31 Days of Oscar film festival.

TCM is continuing its annual 31 Days of Oscar film festival this week. This year's festival will present Academy Award winning and nominated films in alphabetical order. This week's entries range from C to I starting with The Constant Nymph (1943) at 6:45 a.m. Monday morning and ending with Ice Station Zebra (1968) at 5:45 a.m. the following Sunday night/Monday morning.

So, without further ado, let's jump right in to this week's offerings. Just a note: All times are Eastern Standard Time and the highlighted texts have links to full length articles.

Three daytime picks: The C movies continue with George Kennedy's Oscar-winning turn as a tough-but-tender chain gang member in the prison drama Cool Hand Luke (1968) at 8:45 a.m. followed by Mary Pickford's Oscar winning performance in the early sound film, Coquette (1929) at 11 a.m. The noir Crossfire (1947) at 4:30 p.m. earned Robert Ryan a best supporting actor nomination for his vicious portrayal of an antisemitic Marine.
Prime time lineup: Meryl Streep earned one of her 20 Oscar nominations for playing Australian mother Lindy Chamberlain, whose baby was dragged off by wild dogs in A Cry in the Dark (1988) at 8 p.m. Start out the D's with Jack Lemmon and Lee Remick's nominated performances as an alcoholic couple in Days of Wine and Roses (1962) at 10:15 p.m.
Late night pick: Check out another nominated Streep performance in The Deer Hunter (1978) at 12:30 a.m.

Three daytime picks: The F's continue with Spencer Tracy's Oscar-nominated performance as a put-upon dad who is trying to get through his daughter's lavish wedding in Father of the Bride (1950) at 6:30 a.m. followed by Gene Kelly's film debut in best score nominee For Me and My Gal (1942) at 2 p.m. Finally, take a journey into outer space with the best visual effects nominee Forbidden Planet (1956) at 4 p.m.
Prime time lineup: The prime time lineup begins with director Alfred Hitchcock's other best picture nominee of 1940 (Rebecca won the Oscar that year) Foreign Correspondent at 8 p.m. followed by 1933 best picture nominee 42nd Street at 10:15 p.m. 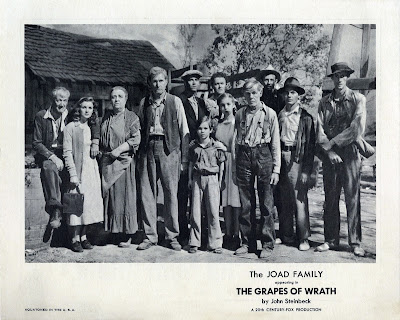 Three daytime picks: The G's continue with Katharine Hepburn's Oscar-winning performance as a liberal mother who must confront her own prejudices in Guess Who's Coming to Dinner (1967) at 8:30 a.m. followed by Burt Lancaster and Kirk Douglas battling it out in the old West in best editing and best sound nominee Gunfight at the O.K. Corral (1957) at 10:30 a.m. Start out the H's with best original screenplay nominee Hail the Conquering Hero (1944) at 6 p.m. about a young man (Eddie Bracken) who poses as a World War II hero.
Prime time lineup: Director Woody Allen's comedy-drama Hannah and Her Sisters (1986) at 8 p.m. won Oscars for stars Michael Caine and Dianne Wiest followed by The Beatles in best original screenplay and best score nominee A Hard Day's Night (1964) at 10 p.m.
Late night pick: James Stewart earned a best actor nomination for playing a man whose best friend is 6-foot-tall rabbit in Harvey (1950) at 11:45 p.m.

Three daytime picks: Start off the day with two of Olivia de Havilland's best performances. She won her second Academy Award for playing a shy wealthy woman who is romanced by Montgomery Clift in The Heiress (1949) at 8:30 a.m. followed by her Oscar-nominated performance as a shy schoolteacher who is romanced by Charles Boyer in Hold Back the Dawn (1941) at 12:30 p.m. The epic Western, How the West Was Won (1962) at 5 p.m. won best original screenplay, best sound, and best film editing.
Primetime lineup: The prime time line up starts out with Marilyn Monroe, Lauren Bacall, and Betty Grable in the stunning outfits of best costume nominee How to Marry a Millionaire (1953) at 8 p.m. followed by one of Charles Laughton's great performances in best sound and best score nominee The Hunchback of Notre Dame (1939) at 9:45 p.m.
Late night pick: Irene Dunne earned a best actress nomination for her role as the matriarch of a Norwegian immigrant family in I Remember Mama (1948) at 1:15 a.m.