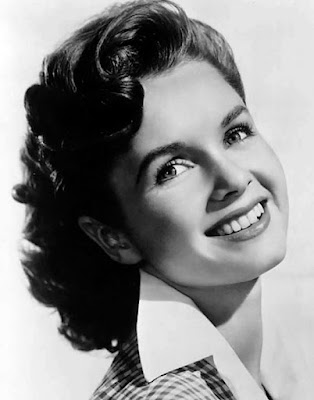 TCM is airing a 24-hour tribute to actress Debbie Reynolds this Friday.

This week, TCM is airing great movies from stars like James Mason, Mercedes McCambridge, and Debbie Reynolds. Plus, they are showing movies about the Civil War and host Robert Osborne's picks. So, without further ado, let's jump right in to this week's offerings. Just a note: All times are Eastern Standard Time and the highlighted texts have links to full length articles.

Silent Sunday Nights: The Racket (1928) at 12:30 a.m. is a newly restored gangster drama about a bootlegger (Louis Wolheim) who takes over a big city.

Best Day to DVR: All day Friday. TCM is airing a 24-hour tribute to actress Debbie Reynolds with some of her best films, including Singin' in the Rain (1952) and The Unsinkable Molly Brown (1964).

Three daytime picks: The theme is movies penned by famed screenwriter Dalton Trumbo. Trumbo, who was already an award-winning novelist, worked his way up in Hollywood with scripts for popular movies like the disaster epic Five Came Back (1939) at 8:15 a.m. He became one of the highest paid screenwriters in Hollywood for his work on popular movies like the Ginger Rogers hit,  Kitty Foyle (1940) at 11 a.m. Trumbo was blacklisted in the early 1950s for refusing to testify in front of the House Committee on Un-American Activities, but he was eventually welcomed back to Hollywood, where he worked on the Elizabeth Taylor-Richard Burton romance, The Sandpiper (1965) at 6 p.m.
Prime time lineup: The theme is James Mason's movies of the 1940s. He became a huge worldwide star in the psychological drama  The Seventh Veil (1945) at 8 p.m. and the marital drama They Were Sisters (1945) at 10 p.m., which were two of the British film industry's biggest postwar hits.
Late night pick: Director Carol Reed's British noir Odd Man Out (1947) at midnight features Mason in a sensational performance as a hunted IRA leader.

Three daytime picks: The theme is movies starring character actress Mercedes McCambridge. She often played independent women of the American West in films like the mystery, Lightning Strikes Twice (1951) at 8:15 a.m. and the Western Giant (1956) at 11:30 a.m. McCambridge plays the jealous wife of tent-revival preacher George Hamilton (yes that George Hamilton) in the religious drama Angel Baby (1961) at 5:30 p.m.
Prime time lineup: TCM is featuring films about prison each Tuesday in January. This week's lineup is all about women's prison starting with Eleanor Parker as an innocent who gets thrown into jail in Caged (1950) at 8 p.m. Caged was remade in 1962 as the exploitation flick House of Women at 9:45 p.m.
Late night pick: Barbara Stanwyck plays a beautiful bank robber who tries to bust out of the big house in the pre-code drama, Ladies They Talk About (1933) at 11:30 p.m.

Three daytime picks: The theme is movies about orphans starting with sisters Lillian Gish and Dorothy Gish getting caught up in the French Revolution in Orphans of the Storm (1921) at 6 a.m. followed by Margaret O'Brien playing a young girl who comes to live with her bitter uncle (Herbert Marshall) and disabled cousin (Dean Stockwell) in The Secret Garden (1949) at 2:45 p.m. Finally, orphan Yuri Zhivago (Omar Sharif) tries to survive the Russian Revolution in Doctor Zhivago (1965) at 4:30 p.m.
Prime time lineup: TCM host Robert Osborne's January picks focus on couples who fell in love on movie sets starting with Suzanne Pleshette and Troy Donahue who were briefly married after appearing in Rome Adventure (1962) at 8 p.m. followed by To Have and Have Not (1944) at 10 p.m., the movie that started Humphrey Bogart and Lauren Bacall's legendary romance.

Three daytime picks: The morning theme is movies starring Joan Leslie starting with the circus movie The Wagons Roll at Night (1941) at 9 a.m. about a young lion tamer (Eddie Albert) who falls in love with the carnival owner's sister (Joan Leslie). The musical Cinderella Jones (1946) at 12:15 p.m. finds Leslie as a struggling singer who must find a genius husband in order to inherit a multi-million dollar fortune. The afternoon lineup is four Tim Holt Westerns starting with Holt and Richard Martin playing feuding siblings in Brothers in the Saddle (1949) at 3:15 p.m.
Primetime lineup: TCM is devoting every Thursday in January to star-of-the-month Jane Wyman. Tonight's lineup focuses on her screen partnership with actor Rock Hudson and director Douglas Sirk starting with the story of a playboy doctor (Hudson) and blind widow (Wyman) whose lives are intertwined in Magnificent Obsession (1954) at 8 p.m. followed by Wyman as a widow who falls for a handsome gardener (Hudson) in All That Heaven Allows (1955) at 10 p.m.
Late Night Pick: Wyman plays  an independent woman who locks horns with Texas rancher Charlton Heston in Lucy Gallant (1955) at midnight.

Three daytime picks: The theme is a 24-hour tribute to actress Debbie Reynolds who died Dec. 28 at age 84. The day begins with her role as a dance-hall girl turned San Francisco matriarch in the epic Western How the West Was Won (1962) at 9:30 a.m. Reynolds plays a young woman who is determined to drag swinging bachelor Frank Sinatra to the altar in The Tender Trap (1955) at 12:30 p.m. followed by the all-time great musical, Singin' in the Rain (1952) at 6 p.m.
Prime time lineup: The Reynolds musicals continue with her role as a feisty Titanic survivor in The Unsinkable Molly Brown (1964) at 8 p.m. followed by the rom-com The Mating Game (1959) at 10:30 p.m. which finds uptight tax agent Tony Randall falling for farm girl Reynolds.
Late night pick:  Reynolds plays the daughter of working class parents (Bette Davis and Ernest Borgnine) who gets caught up in plans for her ritzy wedding in The Catered Affair (1956) at 12:30 a.m..

The prime time lineup is all about actress Lily Tomlin, who is this year's recipient of the Screen Actor's Guild Lifetime Achievement Award. TCM is celebrating her career with three of her best films starting with her role as the sidekick of Art Carney's aging private eye in The Late Show (1977) at 8 p.m. followed by a cameo role in the Hollywood drama The Player (1992) at 9:45 p.m. Finally, there is her Oscar nominated performance in director Robert Altman's ensemble drama, Nashville (1975) at midnight.

The prime time line up features two movies about families struggling to survive the American Civil War starting with James Stewart as the patriarch of a Virginia family in Shenandoah (1965) at 8 p.m. followed by Gary Cooper and Dorothy McGuire as the heads of a Quaker clan in Friendly Persuasion (1956) at 10 p.m.