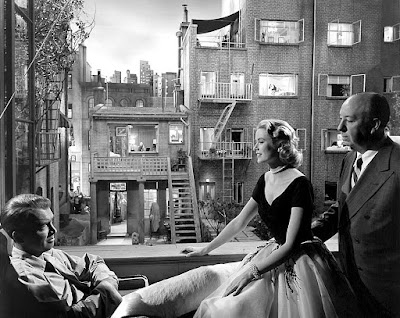 This week, TCM is airing great movies from stars like Sydney Greenstreet, Roland Young, and Myrna Loy. Plus, they are celebrating the new year with a dance party and marathon of Hitchcock films. So, without further ado, let's jump right in to this week's offerings. Just a note: All times are Eastern Standard Time and the highlighted texts have links to full length articles.

Three daytime picks: Start your Boxing Day off with two political movies from old Hollywood auteurs Frank Capra and Preston Sturges. First up is Capra's Mr. Smith Goes to Washington (1939) at 7:30 a.m. followed by Sturges' The Great McGinty (1940) at 9:45 a.m. The afternoon lineup is devoted to movies starring Elvis Presley, including the king of rock 'n' roll's only non-musical performance in the Western Charro! (1969) at 6:15 p.m.
Prime time lineup: The evening lineup features movies about the end of the world, starting with Charlton Heston fighting off zombies in The Omega Man (1971) at 8 p.m. followed by Harry Belafonte, Mel Ferrer, and Inger Stevens as the only survivors of a nuclear apocalypse in The World, The Flesh, and The Devil (1959) at 10 p.m.
Late night pick: Gregory Peck leads a band of atom bomb survivors in On the Beach (1959) at midnight.

Three daytime picks: A birthday tribute to Sydney Greenstreet, who was born Dec. 27, 1879, in Sandwich, England. Greenstreet often appeared in films noir, like his menacing performance as Kasper Gutman, aka The Fat Man, in The Maltese Falcon (1941) at 6:15 p.m., but he was also adept at comedy such as playing a millionaire matchmaker in That Way with Women (1947) at 7:45 a.m. and in costume dramas like the adaptation of Wilkie Collins suspense novel, The Woman in White (1947) at 11 a.m.
Prime time lineup: TCM is featuring films about elderly people each Tuesday in December. This week's lineup is about eccentrics starting with the comedy Arsenic and Old Lace (1944) at 8 p.m. about two elderly ladies (Jean Adair and Josephine Hull) who are serial poisoners. The documentary Grey Gardens (1975) at 10:15 p.m. follows the eccentric Edith "Big Edie" Beale and her daughter, Little Edie, as the sing, dance, and fight in their dilapidated Hamptons' mansion.
Late night pick: Travels with My Aunt (1972) at 2:15 a.m. follows a young man (Alec McCowen) who gets caught up in the crazy schemes of his eccentric aunt (Maggie Smith).

Three daytime picks: The lineup features movies with scores from composer Bernard Herrmann. He often worked with director Orson Welles in films like The Magnificent Ambersons (1942) at 6 a.m. and Citizen Kane (1941) at 3:15 p.m. and Alfred Hitchcock in films like North by Northwest (1959) at 5:30 p.m.
Prime time lineup: The theme is movie's starring English character actor Roland Young, who often played distinguished British gents during the 1930s and 1940s. The evening starts with the pre-code comedy Pleasure Cruise (1933) at 8 p.m. in which Young masquerades as a ship's barber in order to spy on his pretty wife (Genevieve Tobin). In Wedding Rehearsal (1932) at 9:30 p.m., he plays a carefree nobleman who is ordered  to find a wife or be disinherited by his imposing grandmother (Kate Cutler).

Late Night Pick: Young's best known role was as a very proper banker who is besieged by two mischievous ghosts (Cary Grant and Constance Bennett) in Topper (1937) at 12:30 a.m.

Three daytime picks: The daytime theme is old Hollywood Roberts, starting with Robert Taylor playing a young French aristocrat who falls in love with a courtesan (Greta Garbo) in Camille (1936) at 6:45 a.m. Robert Ryan faces off against Spencer Tracy in the modern Western Bad Day at Black Rock (1955) at noon followed by TCM paying tribute to the late Robert Vaughn (he died Nov. 11) with his great supporting performance in the  police procedural Bullitt (1968) at 3:45 p.m.
Primetime lineup: The prime time line-up pays tribute to stars who passed away in 2016, starting with George Kennedy's Academy Award-winning performance in the prison drama Cool Hand Luke (1967) at 8 p.m. The actor passed away Feb. 28. Two Girls and a Sailor (1944) at 10:15 p.m. is one of the best musicals from MGM star Gloria DeHaven, who died on July 30.
Late Night Pick: Actress Patty Duke, who passed away on March 29, is memorable as the young Helen Keller in The Miracle Worker (1962) at 3 a.m.

Three daytime picks: The morning begins with a tribute to former first lady Nancy Reagan who passed away March 6. TCM is airing the sentimental drama Night into Morning (1951) at 7:45 a.m., which was Reagan's personal favorite among her own films. The afternoon lineup is devoted to star of the month Myrna Loy's later movies, including performances opposite Cary Grant in two comedies, The Bachelor and the Bobby-Soxer (1947) at 4 p.m. and Mr. Blandings Builds His Dream House (1948) at 6 p.m.
Prime time lineup: The prime time Loy movies are Midnight Lace (1960) at 8 p.m., a thriller in which Loy plays the sympathetic aunt of a woman (Doris Day), who is being stalked by an unknown assailant, and the rom-com The Ambassador's Daughter (1956) at 10 p.m. in which she plays an upper-crust senator's wife.
Late night pick:  The intriguing drama Lonelyhearts (1958) at midnight finds Loy as a sympathetic newspaper publisher's wife who gets out-of-work writer Montgomery Clift a job as an advice columnist.

New Year's Day will bring a marathon of Hitchcock movies to TCM. The prime time line up features two of his best films with frequent leading man James Stewart: Vertigo (1958) at 8 p.m. and Rear Window (1954) at 10:15 p.m.