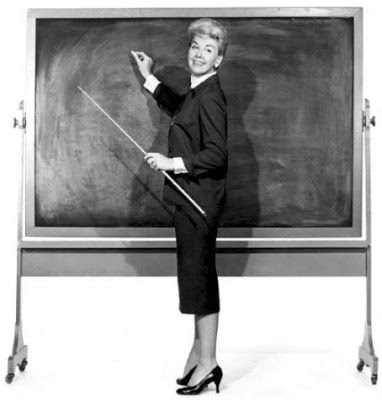 Teacher's Pet (1958), starring Doris Day, is one of the classic movies Netflix Instant added in August.

The dog days of summer are in full swing, at least here in Ohio, where, as my Grandpa likes to say, it's hot enough to fry an egg on the sidewalk. If you want to beat the heat by staying in and watching a classic movie, Netflix Instant added three new films in August.

Teacher's Pet (1958): Doris Day and Clark Gable team up for this fun rom-com about a journalism professor (Day) who locks horns with a seen-it-all news editor (Gable) when he is assigned to help with her class. This movie is a delightful romp with a lot of chemistry between Day and Gable despite the noticeable age difference between them, and amusing supporting turns by Gig Young and Mamie Van Doren as the respective significant others.

The Naked Prey (1965): This seminal action-adventure film, starring and directed by Cornel Wilde, follows one man's story of survival after he is captured by a tribe while on an African safari. The minimal dialogue and survivalist plot inspired later movies like Jeremiah Johnson (1972) and Apocalypto (2006).

From the Terrace (1960): This melodrama, based on a John O'Hara novel, stars Paul Newman as an ambitious Wall-Street type who marries a wealthy young woman (Newman's wife, Joanne Woodward) to get ahead in society. Newman never quite finds his way in an all-over-the-place performance, but Woodward looks effortlessly chic in her Betty Draper-esque wardrobe and Myrna Loy is sensational as Newman's alcoholic mother.