The Defining Themes of Pre-Code Hollywood 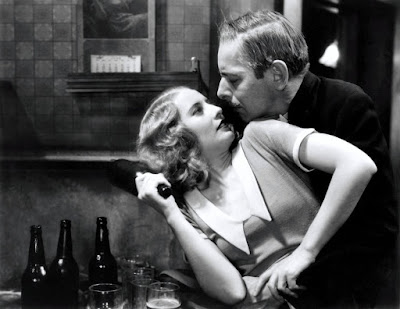 Baby Face (1933), which stars Barbara Stanwyck as a tough cookie who must fend off the unwanted advances of men like Arthur Hohl, is a great example of a pre-code movie.


This article is by guest contributor Jennifer Gale.

Anyone familiar with the history of early cinema will have some inkling of what has come to be described as the pre-code era of Hollywood - perhaps knowing enough to associate it with the bold themes and overt suggestiveness of early-thirties films. Taking advantage of a time during which motion picture regulations weren’t properly enforced, both the story lines and visual depictions of these movies dealt with societal taboos in surprising frankness.

Some films warrant the label of ‘pre code’ more than others, though a pre-code film is any piece of cinema between 1930 and 1934 which defied the Motion Picture Production Code, or “Hays Code” - so named after Will Hays, the President of the Motion Pictures Producers and Distributors of America. This code’s lengthy guidelines on appropriate and inappropriate content for motion pictures was, at its essence, an attempt to appease more conservative audiences by banning scenes which could “offend sensibilities” or “inspire potential criminals with a desire for imitation.”

Describing the era as ‘pre-code’ is somewhat inaccurate, as it suggests the films of this time preceded the introduction of any code. In actual fact, this period of unregulated cinema directly followed the establishment of Hays code - only that it wasn’t until 1934 that the code took effect, for reasons discussed below. A more accurate term for the short-lived age of risque cinema between 1930 and 1934 might be “pre-code-enforcement”.

So why was the code not enforced between 1930 and 1934? A better questions to start with might be “why was the creation of a code deemed necessary in the first place?” Following the shocking scandal of Fatty Arbuckle’s alleged rape and murder of young actress Virginia Rappe, there was a public backlash against Hollywood, where its image as the creative hub of carefree socialites turned into an image of sordidness; a Godless place plagued by distasteful conduct and the corruption of young minds. Introducing a code based on Christian morals would restore the audience's perception of the movie industry, it was thought.

And yet, as the Jazz Age advanced and attitudes became more progressive across the country - particularly in the cities - both Hays and audiences turned a blind eye toward code transgressions. These movies, after all, were soaring in popularity. Scantily clad women, violence, profanities, and taboos - combine this sensationalism with the fact that the newly-introduced aspect of sound in films was still exciting the nation - and it’s understandable that audiences were flocking to the cinemas even at the height of the Great Depression.

Besides, Hays had friends in high places - high places in Hollywood, specifically. He balanced the pressure from religious groups and protesters with the will of his persuasive actor and director friends. The balance, while clearly leaning in favor of movie producers during those first four years, had to be dramatically shifted in the interests of protesters when anti-Hollywood lobby groups inevitably grew in size and press exposure.

All good things come to an end, but with the death of pre-code movie production came the lasting legacy of a brief, unlikely and fascinating period in cinema history. After all, these handful of movies, with their uncensored and decorative reflection of Jazz Age America, might not have become so iconic if it weren’t for the stark contrast they provided to the films that followed in the next few decades. Discussed in more detail below are some of the themes which defined pre-code films and ultimately provoked the conservative community to lobby for stricter code enforcement.

“Criminals should not be made heroes.” So reads one of the main principles in the Hays Code. It’s an outlandish concept in this day and age when hit shows like Dexter, Breaking Bad, and House of Cards practically glorify even the most immoral of characters.  But at the center of the code’s ethos was the idea that law-abiding citizens should be admired while criminals should never be shown to get away with their evil deeds. Violence, argued the Hays  Code, should be kept to a minimum - insinuated, rather than shown.

Yet pre-code films were unapologetic in their glamorization of mischief and mob life. "Bad boys" were often portrayed as romantically desirable, evident in characters such as those played by Ricardo Cortez or Warren William, and justice was not always served, as evident in films like Employees’ Entrance (1933) where the despicable but charismatic Kurt Anderson (William) suffers no repercussions for his evil deeds. As for actual depictions of violence, pre-code films were hardly reserved. Punches were flung, shots were fired and domestic abuse was commonly shown.

Most interesting however, is the pre-code era’s experimentation with the portrayal of criminal characters. The Public Enemy (1931) is among the most notable examples of a film that crossed a previously uncrossed line in Hollywood. Deviating dramatically from the Hays Code’s guideline of treating good and evil in black-and-white terms, ‘The Public Enemy’ shows Cagney as an emotionally complex gangster for whom the audience was able to experience sympathy. Filmsite.org writes that Cagney’s character is a “...sexually magnetic, cocky, completely amoral, emotionally brutal, ruthless, and terribly lethal individual. However, the protagonist (a cold-blooded, tough-as-nails racketeer and 'public enemy') begins his life, not as a hardened criminal, but as a young mischievous boy in pre-Prohibition city streets, whose early environment clearly contributes to the evolving development of his life of adult crime and his inevitable gruesome death. Unlike other films, this one examined the social forces and roots of crime in a serious way.”

While a conventionally Christian moral can be found in that it is the protagonist's lack of morals which leads to his eventual downfall, the complexity of Cagney’s character in The Public Enemy marked a distinct shift toward more realistic character writing - a shift which would be somewhat reversed when code enforcement encouraged film writers to resort back to a black-and-white characterization of good and evil.

In "Dangerous Men: Pre-Code Hollywood and the Birth of the Modern Man," author Mick LaSalle argued, “The emergence of gangsters as protagonists in the early 30s leads the way for the emergence of more morally questionable men.” Stars such as Edward G. Robinson, Cagney, William, and Clark Gable epitomized this emergence throughout the pre-code era in roles which defied the idea of clear-cut ethics.

“Illegal drug traffic must never be presented. The existence of the trade should not be brought to the attention of audiences.” While few pre-code films dealt in the forbidden depiction of drug traffic, scenes with drug references were not uncommon - and not all of them revealed a negative attitude toward drugs, either. In the bizarre musical mystery Murder at the Vanities (1934), a half-nude Gertrude Michael sings about the wonders of marijuana. The disturbing film Kongo (1932) features a drug-addicted character - although narcotic use was just one of many taboos in which the film delves, along with sadism, voodooism, rape, adultery, and murder.

As for alcohol, the Hays Code stated that “the use of liquor should never be excessively presented”. Considering the prohibition was in full force until 1933, the fact that alcohol was allowed to be presented at all makes this one of the more unusually blasé principles in the code. It was, however, also one of the most overlooked principles. Pre-code films regularly depicted drunken disorderliness and featured characters drinking as a response to depression, or as a means of having fun.

Perhaps the most striking example of pre-code Hollywood blasphemy is in the portrayal of Dr. Frankenstein’s god complex in the 1931 adaptation of Frankenstein. The book itself was a subject of controversy, so it is only befitting for the first film adaption to deliver similar shock value - yet the blasphemy in lines such as Dr Frankenstein’s exclamation “now I know what it feels like to be God!” would not have been approved by the Motion Picture Production Code following its strict implementation post-1934, making the 1931 film distinctively pre-code. 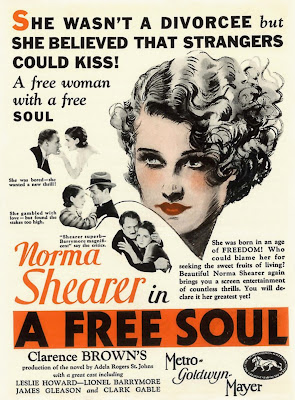 Early 20th century cinema was clear in its stance on gambling, which was that the commercialization of casinos was a "threat to society," and gamblers suffered from a disease in need of curing. By 1930, the need to depict gambling as the subject of ridicule had ceased and games such as poker had instead become a glamorous theme around which many pre-code film plots were centered. In Smart Money (1931) Robinson and Cagney treat audiences to some fantastic chemistry in a story about a Greek barber (Robinson) with a taste for illegal high-stake poker games and a weakness for blonde women. While gambling as such was not outlawed in 1930's America (in fact, the Great Depression had led to widespread legalization of gambling activities) the topic was still a taboo among much of society, especially the religious. It’s no surprise that the  filmmakers of pre-code Hollywood played upon the perceived controversy of gambling in constructing exciting story lines.

There’s more to be said on pre-code’s shameless sexual suggestiveness than any other pre-code characteristic. It’s difficult to find a film of this era which isn’t full of innuendo. The Divorcee (1930), often regarded as one of the first true pre-code films, encompasses all the elements which made the era’s female protagonists so progressive - sexually and otherwise. The film highlighted the double standard between social attitudes toward men and women’s sexuality, by casting a gorgeous Norma Shearer as a ‘good girl gone bad’. After discovering her husband’s unfaithfulness, Shearer’s character decides to have some adventures in infidelity of her own. Pre-code writers were creating multi-dimensional female characters, often as leads, who confidently and unapologetically reclaimed their sexuality and independence.

Besides adultery and rising hemlines, pre-code films openly dealt with subjects like promiscuity, prostitution, rape and - perhaps most surprisingly - homosexuality. While gay characters were often included only as laughingstock, films like Morocco (1930) scandalously showed the androgynous, cross-dressing Marlene Dietrich kissing a female actress on the mouth in what was Hollywood’s first ever depiction of a same-sex kiss. The Hays Code cracked down on gender reversals and depictions of homosexuality post-1934. In fact, the timeless Some Like it Hot (1959) was not granted a stamp of approval by the Motion Pictures Producers and Distributors of America specifically because of  its flamboyant cross-dressing leads and homosexual subtexts. In the 1931 movie adaption of The Maltese Falcon, homosexual insinuations are plentiful and clear - true to the novel, in which one of the characters is gay. The 1941 adaption of The Maltese Falcon, however, shies away from any mention of homosexuality, providing one of the most pertinent examples of how influential the code had become in regulating film content.

The pre-code era of Hollywood was a fascinating time full of cinematic gems which succeed in raising eyebrows even to this day. Movies worth watching for a real taste of what defined this era include:

Jennifer Gale lives in London with her two dogs and boyfriend. She’s spends her free time reading and writing about her biggest interests, which include pop culture, travel and history. You can follow her on Twitter @jennifergale93.