New on Netflix for Classic Movie Fans in June 2016 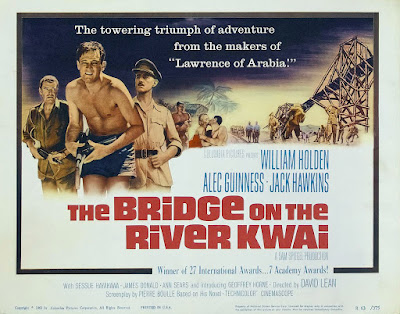 The Bridge on the River Kwai is one of the classic movies Netflix Instant added in June.


The classic movie selections on Netflix Instant aren't exactly overflowing these days, but the online streaming service did add two wonderful films in June that are well worth watching.

The Bridge on the River Kwai (1957): Director David Lean's World War II epic about a group of British soldiers in a Japanese prisoner of war camp features a great star turn from William Holden, but it is the battle of the wills between Japanese commander Sessue Hayakawa and British officer Alec Guinness that makes this film so riveting. Guinness deservedly won the best actor Academy Award, and Hayakawa probably should have won as well (He was nominated for best supporting actor but lost to Red Buttons in Sayonara).

The Hustler (1961): Paul Newman was never better than in this Robert Rossen-directed drama about a small-time pool player who is trying to hit it big via a winner take all game against a billiards legend (Jackie Gleason). The pool game between Newman and Gleason is one of the great moments in sixties cinema; the rest of the movie isn't nearly as good, but George C. Scott still turns in a remarkable performance as Newman's Machiavellian manager.