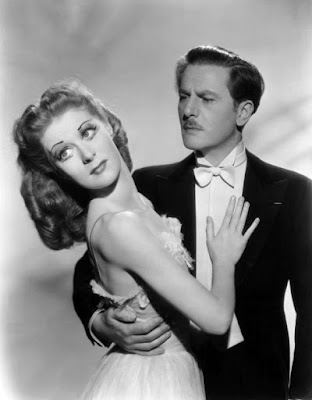 Today, I'm looking at the character of Boris Lermontov as played by Anton Walbrook in The Red Shoes. He is with Moira Shearer in this photo.

This article is part of The Great Villain Blogathon hosted by Silver Screenings, Speakeasy, and Shadows and Satin.


Some old Hollywood villains commit their crimes for money, while others do it love. Boris Lermontov, as played by Anton Walbrook in the British classic The Red Shoes (1948), has a very different motivation. The single-minded impresario sacrifices the body and soul of a young ballerina for art, which is the all-consuming focus of his life.

The Red Shoes begins with Lermontov, shrouded in shadows, watching the production of his company's new ballet, "Hearts of Fire." At the after party, he meets a young dancer named Vicky Page (Moira Shearer). Lermontov has little interest in her until her sees her fiery performance in Swan Lake, after which he design a new ballet around her called The Red Shoes. Vicky is a triumph in that role, which leads Lermontov into a deeper and deeper obsession with his new prima ballerina. 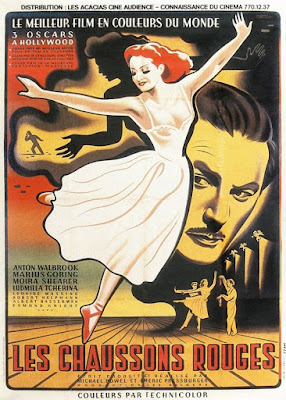 The Red Shoes began in the 1930's as an original script by co-director Emeric Pressburger for British producer Alexander Korda. Korda envisioned The Red Shoes as a grand soap opera about a love affair between a ballerina and an impresario that would star his future wife, Merle Oberon.

That version of The Red Shoes never got off the ground, but Pressburger resurrected the idea a decade later, after a string of successful movies with his directing partner Michael Powell. Powell and Pressburger revised the script to make it more about dance than romance, and they worked tirelessly to cast some of the best ballet dancers in Great Britain, including Robert Helpmann, Leonide Massine, Ludmillla Tcherina, and Shearer, who gives an unforgettably heart-rending performance as Vicky.

Powell and Pressburger had difficulty getting some of the ballet stars to sign on, especially Shearer, but they had no trouble casting the crucial role of Lermontov. The directors specifically tailored the role for Walbrook, an Austrian emigre who had become a star in British films like Victoria the Great (1937) and The Life and Death of Colonel Blimp (1943).

The role of Lermontov was loosely based on Serge Diaghilev, who was the founder and impresario of the Ballets Russes, but Powell and Pressburger also added elements of Walbrook's own personality into the character, such as the actor's aloof manner, habit of eating alone, and penchant for wearing oversized sunglasses even at night. 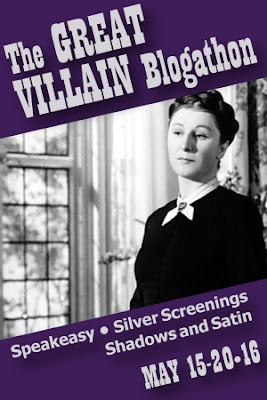 At the beginning of The Red Shoes, Lermontov appears to be a garden-variety controlling narcissist, a la Sheridan Whiteside in The Man Who Came to Dinner (1942), but as the movie progresses a more sinister side to Lermontov emerges, especially in his relationship with Vicky. While he demands absolute loyalty and complete obedience from most of his cast, he demands even more of Vicky, who is the only ballerina he has encountered who has talent, ambition, and a work ethic that match his own.

There has been much speculation about the nature of Lermontov's obsession with Vicky, but I don't think he views her in a romantic light (in an interview included in David Ehrenstein's The Criterion Collection essay, Powell describes the character's "homosexuality"). Instead, Lermontov is interested in Vicky as a vessel for his grand artistic vision. Lermontov refers to the ballet as his "religion" at one point in the movie, and as such, he is its most devoted supplicant. He practices his craft with all the self-denying aestheticism of a Medieval monk, and if it means that he must sacrifice a vulnerable young woman on the altar of his art, in Lermontov's twisted mind, that is a completely reasonable demand.

I'll leave you with The Red Shoes 15-minute ballet sequence (clip above), which is the film's emotional and artistic highlight. The ballet, based on a Hans Christian Andersen fairy tale, amplifies the rest of the film, especially as a metaphor for the relationship between Vicky and Lermontov.

The Red Shoes is available on DVD, Blu ray, and video on demand.