The Films of Mary Pickford 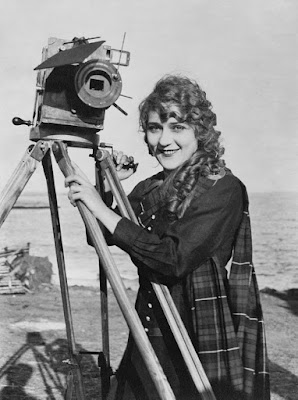 Today, I'm taking an in-depth look at the films of Mary Pickford, one of the great stars of silent film.

This article is part of The Marathon Stars Blogathon hosted by In the Good Old Days of Classic Hollywood and The Wonderful World of Cinema. This blogathon is a way for classic movie bloggers to explore the films of an actor or actress whose work they want to study in-depth.

Actress Mary Pickford is one of the greatest stars in old Hollywood history. Millions of movie fans still recognize her as America's Sweetheart, the girl with the golden curls who charmed movie audiences in the 1910's and 1920's with her spunky charisma. In recent years, Pickford's reputation has grown as a pioneer for women in the film industry. She was the first star to earn a million dollar contract, and Pickford co-founded and headed United Artists for many years.

What's been lost in all of the adulation is Pickford's talents as an actress. Her body of work doesn't receive the in-depth criticism of her male counterparts like Charlie Chaplin and Buster Keaton, and many cinephiles have a hazy knowledge of Pickford's career, viewing her as an anachronism whose films aren't as relevant as other silent movie pioneers.

I must confess that I had only seen one Pickford silent movie (Little Annie Rooney) before Virginie Pronovost of The Wonderful World of Cinema asked me to join this blogathon. My hazy knowledge of Pickford's work was as a sort of silent film Shirley Temple who won over aughties moviegoers with her dimples, golden hair and spunky charm. After watching several of her films, I learned that my impressions were completely inaccurate. Pickford was a gifted actress with a broad range who played everything from gypsies to Shakespeare to male roles in her three decade career. According to IMDB, Pickford appeared in 251 films,, so it would be impossible for me to summarize all of them (I didn't have time to watch all of them either); instead, I'll give you a rundown of some of Pickford's best work with YouTube videos of most of the movies, but, first, here's a little background.

Pickford was born Gladys Louise Smith on April 8, 1892, in Toronto. Pickford's father, John, died in a freak accident aboard a steamship when she was 6 years old. Pickford's mother, Charlotte, began taking in boarders, but that still wasn't enough to feed Pickford and her two younger siblings, so  Charlotte took the suggestion of one of the boarders and put 7 year old Mary on the stage.

Mary proved to be a natural actress, and soon she and her family arrived on Broadway, where Mary earned a coveted spot in the theater company of legendary producer David Belasco (it was he who changed her name from plain Gladys Smith to the marquee-ready Mary Pickford). Even so, the family still didn't make enough to pay the bills, so Pickford began moonlighting in New York's nascent movie industry. She got a $10 a week contract with Biograph Studios where she worked under director D.W. Griffith.

Pickford played any role she could get at the beginning of her career as a way to both learn about movie acting and get her name recognized in the industry. Pickford soon realized that she was best in comic roles, and Wilful Peggy (silent movie producers weren't much for proper spelling) shows off the young actress at her best. She plays a feisty young Irish lass who fights off the advances of eager men by any means she can muster, including throwing bar stools and donning male attire. Especially funny is a scene where Pickford's character tries to play the lady of the manor but ends up flat on her face.


In 1913, Pickford signed an exclusive contract with Famous Players Productions, which was an early version of Paramount Pictures. Studio chief Adolph Zukor had the then radical idea that audiences would come to movie theaters to see their favorite stars, or "famous players," in lavish productions. Zukor gave Pickford top-billing in a series of comedy-dramas that moviegoers flocked to see, but their first real triumph together was Tess of the Storm Country, a sentimental melodrama that features Pickford as a young girl from the wrong side of the tracks who raises a foundling. She gives a nuanced and intense performance, and she is especially effective in the baptism scene, which would have been extremely shocking to 1914 audiences. Note: Pickford remade this movie in 1922.


After Tess of the Storm Country, Pickford became an international superstar. She played a wide variety of roles, including Madame Butterfly (1915), but she became best-known for playing little girls. Pickford played almost all of the famous "girl" roles in literature like The Poor Little Rich Girl (1917), The Little Princess (1917), and Pollyana (1920), and, surprisingly for modern audiences, she is completely believable. Pickford was certainly helped by her short stature and golden curls, but Pickford's feisty charm made her a natural for child parts like Rebecca, a spunky New England girl who lives with her strict aunt. For her part, Pickford said she always enjoyed playing little girls because they gave her the chance to live out the childhood she never had.


Even while Pickford was raking in the cash for playing juvenile roles, she longed for a creative challenge. Stella Maris, about a long-suffering paralyzed girl and her orphaned servant, features Pickford in two major roles. Pickford plays Stella with her usual golden curls and spunk, but it is her turn as Unity Blake, an abused Irish servant girl, that makes this the performance of Pickford's career. Pickford, in heavy makeup, is virtually unrecognizable as Unity, and she gives a sensitive performance as a pathetic young woman who has only known cruelty in her life.


Pickford, her second husband Douglas Fairbanks, Chaplin, and Griffith founded their own independent production company, United Artists, in 1919. Pickford now had creative control over her movies, and she proved a shrewd businesswoman, mixing her traditional little girl roles with more daring fare like director Ernst Lubitsch's Rosita (1923), where she plays a saucy street singer. In my opinion, Pickford's best United Artist's movie is Sparrows, about a young woman who rescues a baby from kidnappers. Pickford, even at age 34, can still pull off a young girl role, but the film is primarily notable for its beautiful cinematography, which is modeled on German expressionism. 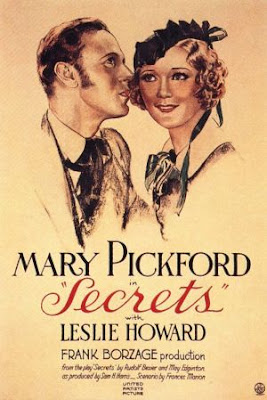 Pickford was one of the first silent stars to break into sound movies. She earned a 1929 best actress Academy Award for playing a Southern belle in Coquette, and she appeared in an adaptation of William Shakespeare's The Taming of the Shrew (1929) with Fairbanks, but I feel that her best sound movie role is in her last film, the costume drama Secrets. Pickford plays a wealthy young woman who elopes to the Western frontier with a lowly clerk (Leslie Howard) who has big ambitions. While the film is stodgy and slow-paced at times, Pickford gives a wonderful performance as a woman who is heartbroken by her husband's infidelity. Secrets is available on DVD, but copies are hard to find.

If you're still in the mood for Mary, she's great in Little Annie Rooney (1925) and especially Little Lord Fauntleroy (1921) where she plays both the young nobleman and his mother. There's also an American Experience documentary that gives an excellent overview of Pickford's life and her importance in American cinema. 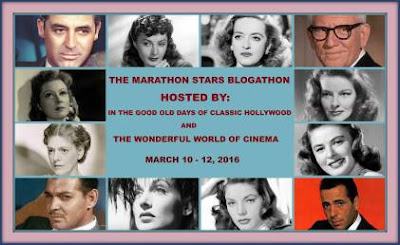