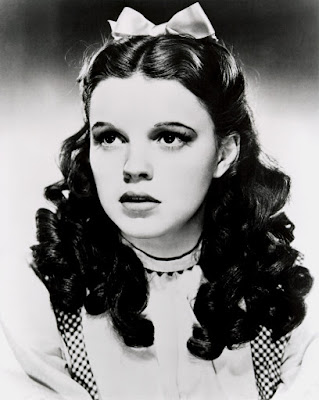 TCM's April star of the month is the legendary Judy Garland.


TCM is honoring Judy Garland with 34 movie airing each Friday evening in April.  Here's what you need to know about one of old Hollywood's great entertainers. FYI: TCM sometimes changes the air times and /or movies, so you can go to www.tcm.com to check the updated schedule.

AKA: Judy was born Frances Gumm, but she and her sisters, who worked together as a singing act on the vaudeville circuit, changed their last name to Garland after they were billed as the "Glum Sisters" on one marquee. Garland, who was called Baby by her family, chose the first name of Judy after the popular Hoagy Carmichael song.

Academy Awards: Garland won a special juvenile Oscar for her performance in The Wizard of Oz (1939). She was nominated for best actress for A Star Is Born (1954) and best supporting actress for Judgment at Nuremberg (1961).

Brief bio: Garland grew up in Grand Rapids as the youngest daughter of two former vaudevillians who settled down in the Midwestern town to run a theater and raise a family. The Gumm's moved to Lancaster, Calif., in 1926 where the sisters soon broke into the local vaudeville circuit as a popular trio. Judy, who was the star of the act, eventually got noticed by songwriter Burton Lane, and she was given an MGM contract in 1935 after a personal audition for studio chief Louis B. Mayer. Judy became a star in 1939 after the release of The Wizard of Oz,  and her appearances in several Andy Hardy movies and backstage musicals with her frequent co-star Mickey Rooney. Both Garland and Rooney eventually grew past their teenage personas, but, while Rooney's star faded, Garland became the queen of MGM musicals, churning out classics like For Me and My Gal (1942), Meet Me in St. Louis (1944), and Easter Parade (1948). Eventually, Garland's personal problems and her relentless shooting schedule caused her to give erratic performances, and MGM ended her contract in 1950. Garland almost immediately made a show business comeback, first with her legendary 1951 engagement at the Palace Theater and then in her bravura performance in the semi-autobiographical film, A Star is Born. The rest of Garland's career was a series of triumphs and missteps until her untimely death at age 47 from an accidental overdose.

Fun Fact: Garland, who loved flowers, has a variety of rose named after her. The Garland rose is yellow with red tips.


My Star of the Month Top Five:
My picks are five wonderful musicals.

Week 1.  Babes in Arms (1939), airing at 1 a.m.: This is the first of the Garland-Rooney backstage musicals and, in my opinion, the best. Garland and Rooney have great chemistry together and there are many wonderful moments like the "Good Morning" duet and Judy's solo number, "I Cried For You."
Week 2. Little Nellie Kelly (1940), airing at 1:15 a.m.: I'm going to assume you've seen The Wizard of Oz (if not, it's on at 8 p.m.) and recommend Little Nellie Kelly, a George M. Cohan musical that features Garland as the daughter of Irish immigrants who belts out "It's a Great Day for the Irish" during New York City's St. Patrick's Day parade.
Week 3. Meet Me in St. Louis, airing at 11:45 p.m.: Director Vincente Minnelli's musical about a close-knit family living in turn-of-the-century St. Louis is the best MGM musical of the 1940's. It has great numbers like "The Trolley Song," and sensitive performances from Garland and co-star Margaret O'Brien.
Week 4. Summer Stock (1950), airing at 2 a.m.: Garland's last musical for MGM, about a theatrical troupe led by Gene Kelly who invade farmer Garland's barn, also happens to be my personal favorite among her movies. There are a lot of great numbers in Summer Stock, but "Get Happy" is a high point in Garland's career.
Week 5. A Star Is Born (1954), airing at 8 p.m.: Garland's last great film role as a vaudeville performer turned movie star includes her iconic performance of "The Man That Got Away." 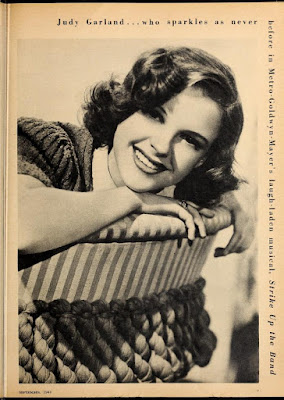 Next Friday (April 8), I'll have a behind-the-scenes look at Garland's theme song, "Over the Rainbow."