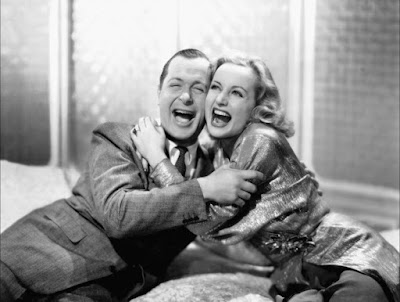 The great director Alfred Hitchcock is known as the master of suspense, but many of his movies also featured marriages as part of the plot.

Mr and Mrs. Smith (1941): This is Hitchcock's only screwball comedy. It's about the complications that arise when a couple (Robert Montgomery and Carole Lombard) finds out their marriage isn't valid.

Rebecca (1940): A socially awkward newlywed (Joan Fontaine) must deal with the lingering presence of her aristocratic husband's first wife in this adaptation of Daphne du Maurier's novel.

Suspicion (1941): A shy young woman (Fontaine) begins to suspect that her husband (Cary Grant) is trying to kill her.

The Man Who Knew Too Much (1956): An American couple (Stewart and Doris Day) become enmeshed in an assassination plot while vacationing in North Africa.