What's New on Netflix for Classic Movie Fans in February 2016 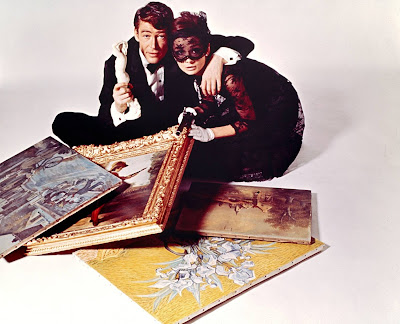 How to Steal a Million (1966), starring Peter O'Toole and Audrey Hepburn, is one of the classic movies Netflix Instant added in February.


Netflix Instant isn't showing much love for classic movie fans in February, but they did add three old Hollywood favorites to their roster.

How to Steal a Million (1966): This delightful heist caper from director William Wyler features Audrey Hepburn as the daughter of an infamous art forger, Charles Bonnet (Hugh Griffith), who teams up with a burglar (Peter O'Toole) to steal a fake sculpture that Charles sold to a museum. This lightweight comedy features great chemistry between the two leads, authentic Paris locales, and Hepburn in stunning Givenchy fashions.

Twelve O'Clock High (1949): This World War II movie tells the story of an elite U.S. Army Air Corps unit that pioneered daylight precision bombing over Germany. This tense thriller features Gregory Peck as a tough-as-nails commander who pushes his men and himself beyond their physical limits. He is ably supported by Gary Merrill, Hugh Marlowe, and especially Dean Jagger in a an Oscar-winning performance as a soft-hearted major.

My Side of the Mountain (1969): This family movie based on a young adult novel tells the story of a boy (Ted Eccles) who idolizes the back to nature philosophy of 19th century writer Henry David Thoreau. He runs away from home so can live outdoors in the Canadian wilderness where he trains a pet falcon and spends time with a wandering folk singer (Theodore Bikel). This film features beautiful location shooting in the Green Mountains of Quebec.