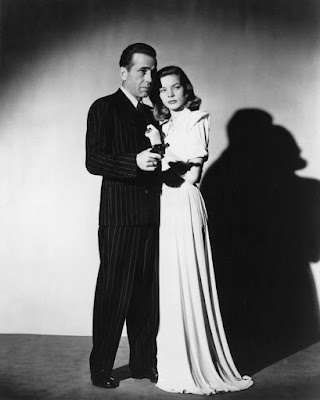 
Two great films noir, one of Charlie Chaplin's best comedies, and a seminal sixties movie are some of the classic films that arrived on DVD and Blu-ray this month. Just a note: The highlighted text has links to full-length articles.

The Big Sleep (1946): Director Howard Hawks classic film noir is my personal favorite among Humphrey Bogart and Lauren Bacall's movies. The plot -- private detective Philip Marlowe (Bogart) takes on the case of an elderly L.A. millionaire (Charles Waldron) and his two daughters (Bacall and Martha Vickers) -- is notoriously confusing, but Hawks makes up for it with his unique take on writer Raymond Chandler's criminal underworld, and the crackling chemistry between the two leads. Warner Archive has given The Big Sleep an HD restoration, and there are tons of special features, including a pre-release version of the film, and a lecture by film preservationist Robert Gitt.

Key Largo (1948): Bogart and Bacall's final film also arrived on Blu-ray with a new HD restoration. This John Huston-directed noir tells the story of an elderly Florida innkeeper (Lionel Barrymore) whose hotel is overrun by a notorious mobster (Edward G. Robinson) and his gang during a hurricane. This film is one of my personal favorites because of Claire Trevor's Oscar-winning performance as Robinson's lady friend, and Robinson's brilliant recreation of his thirties gangster image.

The Kid (1921): Chaplin's first full-length movie as both star and director features the Little Tramp raising an orphan (Jackie Coogan) on the streets. Coogan and Chaplin were a well-matched pair, and this graceful silent film combines the slapstick and sentiment that would become a hallmark of Chaplin's career. The Criterion Collection released a new 4K restoration of The Kid on DVD and Blu-ray that includes a video essay on Coogan by Chaplin historian Lisa Haven, interviews with Coogan and Lita Grey Chaplin, and deleted scenes. The Kid is also available for online streaming on Hulu.

The Graduate (1967): Director Mike Nichols comedy-drama about a young man (Dustin Hoffman) who is adrift after graduating college helped usher in the experimental American films of the 1970's. This iconic movie features a blockbuster Simon and Garfunkel score, and a dynamite performance by Anne Bancroft  as the mother of all cougars, Mrs. Robinson. The Criterion Collection released a new 4K digital restoration of The Graduate on both DVD and Blu-ray with a ton of extras, including audio commentary by Nichols and director Steven Soderbergh, a making of featurette, and a vintage interview with Paul Simon on The Dick Cavett Show. 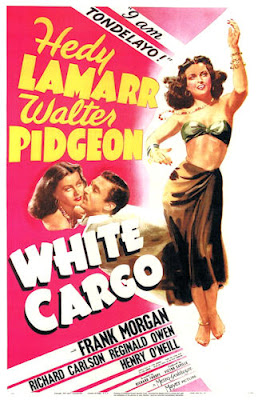 White Cargo (1942): Hedy Lamarr was the daughter of a Viennese  banker, but her exotic beauty often meant that she was typecast as tropical temptresses. Warner Archive is releasing two of Lamarr's most memorable exotic films on DVD, starting with White Cargo, a huge hit in its day that features Lamarr as an African beauty who puts the moves on a plantation supervisor played by Walter Pidgeon. This is the movie in which Lamarr utters the iconic line, "I am Tondelayo."

Lady of the Tropics (1939): This Lamarr feature, released on DVD by Warner Archive, features Hedy as a Vietnamese woman who is in caught in a love triangle with an American millionaire played by Robert Taylor and a ruthless businessman played by Joseph Schildkraut.

George O'Brien Westerns Collection: Today, O'Brien is probably best known for his role in the silent film Sunrise (1927), but he was a popular Western star in the 1930's, bringing justice to the frontier while astride his horse, Mike. This three disc collection from Warner Archive includes nine of O'Brien's best oaters, including the contemporary Western, Lawless Valley (1938), Arizona Legion (1939), and Trouble in Sundown (1939).