The Making of Butch Cassidy and the Sundance Kid 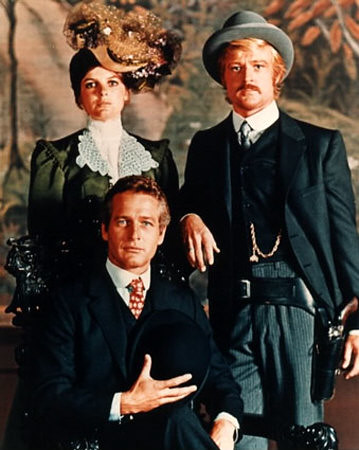 Butch Cassidy and the Sundance Kid (1969) starring Katharine Ross, Paul Newman, and Robert Redford is coming to movie theaters across the U.S. next week.


TCM and Fathom Events are bringing Butch Cassidy and the Sundance Kid (1969) to movie theaters this Sunday (Jan. 17) and Wednesday (Jan. 20). This fan favorite starring Paul Newman and Robert Redford is both one of the last great Westerns of old Hollywood's golden age, and a fun-loving adventure that looks forward to the blockbusters of the 1970's.

Butch Cassidy and the Sundance Kid is a loosely based on a group of real criminals known as the Hole in the Wall Gang, who robbed banks and trains in turn of the century Wyoming. The gang, led by the affable Butch (Newman) and the more tightly wound Sundance Kid (Redford) lead a mostly carefree life until they are relentlessly pursued by an armed posse after they rob the same train twice. Instead of staying around to face the inevitable jail time, the pair, along with Sundance's girlfriend (Katharine Ross), flee to Bolivia where they believe a life of crime will be much easier. 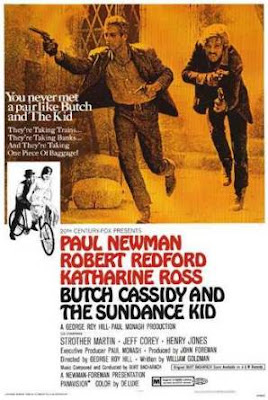 Butch Cassidy and the Sundance Kid was the brainchild of William Goldman, a struggling novelist who decided to try his hand at screenwriting. At the time, Butch and Sundance were little known compared to other legendary outlaws like Billy the Kid, and Goldman thought their story would be a unique take on the Western genre. " The whole reason I wrote [the screenplay] is that famous line that Scott Fitzgerald wrote . . ., 'There are no second acts in American lives,'" he said in an interview. "They ran to South America and lived there for eight years and that was what thrilled me: They had a second act. They were more legendary in South America than they had been in the old West."

At first, Goldman couldn't get anyone interested in his screenplay; one skeptical studio chief told him, "John Wayne don't run away," but the changing tastes of moviegoers in the 1960's soon made Butch Cassidy and the Sundance Kid a hot property in Hollywood. 20th Century Fox chief Richard Zanuck snapped up the screenplay for a whopping $400,000, which was double Goldman's asking price.

Newman seems to have always been attached to the screenplay (the studio went back and forth about whether he would play Butch or Sundance), but producers had a difficult time finding a partner for the blue-eyed star. Jack Lemmon, Marlon Brando, Warren Beatty, and Steve McQueen all turned down a lead role in the movie before director George Roy Hill persuaded Zanuck to hire Redford, then a struggling leading man, to play the highly strung Sundance. For the record, Lemmon was afraid of horses, Brando decided to make another movie, Beatty thought the script was too similar to Bonnie and Clyde (1967), and McQueen walked out when he couldn't get top billing and more money than Newman. I actually think all of those actors would have been interesting choices for Sundance, especially Lemmon, who could have mined comedy gold out of some of Sundance's quirks (the "I can't swim" scene and the "garden spot of Bolivia" scene were made for Lemmon's fussbudget persona).

Butch Cassidy and the Sundance Kid was filmed on location in Utah, Colorado, New Mexico, and Mexico in places like Zion National Park and the Rocky Mountains. The great cinematographer Conrad Hall makes the most of the stunning locations, achieving sweeping vistas that recall the best work of golden age directors like John Ford, George Stevens, and Anthony Mann. In fact, Butch Cassidy and the Sundance Kid is something of an homage to old Hollywood's past, especially the title sequence, which is a takeoff on the silent film, The Great Train Robbery (1903), and the opening scene, which is filmed in a sepia tone reminiscent of the black-and-white sequences in The Wizard of Oz (1939).

Butch Cassidy and the Sundance Kid also popularized some devices that are still quite popular with directors. The film has several montage sequences (too many if you ask me) and its lighthearted, wisecracking tone and action-adventure story line set the template for many a latter-day superhero movie. One of the most memorable things about the movie is its original music by Burt Bacharach and Hal David, especially the Academy-Award winning song, "Raindrops Keep Falling on My Head" (anyone who grew up in the 1970's knows how inescapable this song was). Pop songs had been featured in movies before, most notably in The Blackboard Jungle (1955), but the anachronistic use of modern music in a period film was widely noticed and directors, most especially Quentin Tarantino, have been doing this ever since.

In the end, Butch Cassidy and the Sundance Kid was one of the biggest hits of the 1970's, securing Newman's superstar status and making Redford one of the most popular leading men of the decade. The film is still a lot of  fun today, and you'll have a great time if you watch it on the big screen (go here for tickets). Goldman's snappy dialogue is a treasure, Hall's cinematography is impressive (pay particular attention during the posse sequence), Newman and Redford  are pretty easy on the eyes, and I haven't even mentioned the brilliance that is noted character actor Strother Martin ("I have morons on this team").

If you miss Butch Cassidy and the Sundance Kid in theaters, it is available for streaming on Netflix Instant and Amazon Prime. It is also available on DVD and Blu-ray.