What's New on Netflix for Classic Movie Fans in December 2015 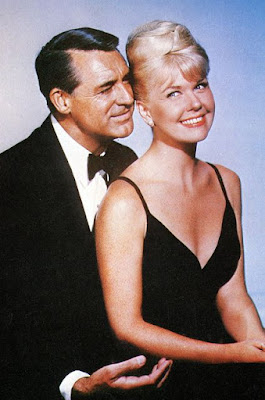 The charming romantic comedy That Touch of Mink (1962), starring Cary Grant and Doris Day, is one of the classic movies that arrived on Netflix Instant this month.


Netflix didn't exactly stuff old Hollywood fans' stockings with classic movies this December, but a smattering of good films made their way to the online streaming service. They include a Dorothy Dandridge musical, a great Robert Mitchum-Marilyn Monroe action film, and a deeply personal film from country music legend Johnny Cash.

That Touch of Mink (1962): This fun movie features Cary Grant as a wealthy playboy who pursues the single, but pure-minded Doris Day. That Touch of Mink has a great supporting cast, including Gig Young in his familiar role as the also-ran boyfriend, a wisecracking Audrey Meadows as Day's best friend, and John Astin, AKA Gomez Addams, as a creepy guy who goes on a date with Doris. The movie also has a memorable sequence featuring several New York Yankees players, including Mickey Mantle, Roger Maris, and Yogi Berra.

Carmen Jones (1954): Otto Preminger's adaptation of Oscar Hammerstein II's musical, which was in turn adapted from the 1875 opera, Carmen, by Georges Bizet, was one of the few old Hollywood hits that featured an all African-American cast. Dorothy Dandridge is unforgettable in the title role, and the movie featured many other legendary performers, including Harry Belafonte, Pearl Bailey, and Diahann Carroll in her debut performance.

Valley of the Dolls (1967): This camp classic about drug use and show business treachery among young starlets in Hollywood features a great performance from old Hollywood legend Susan Hayward as a fading, Margo Channing-esque star who is trying to hold onto her fame amidst challenges from the younger generation.

River of No Return (1954): This gorgeous Preminger-directed Western stars Mitchum as a stalwart hero who battles the rapids of a wild river with the help of his young son (Tommy Rettig) and a saloon singer (Monroe). While River of No Return isn't exactly Citizen Kane (1941), it has gorgeous scenery, nail-biting action sequences, and great chemistry between the two leads.

The Gospel Road: A Story of Jesus (1973): Legendary country singer Cash had a deep Christian faith, and this underrated movie tells the story of Jesus (Robert Elfstrom) with narration and music provided by Cash. The Gospel Road was shot on location in Israel.

Bedazzled (1967): This cult comedy, which is the umpteenth re-telling of the Faust legend, features Dudley Moore as a meek man in swinging sixties London who sells his soul to the devil (Peter Cook) for money, popularity, and, of course, women.