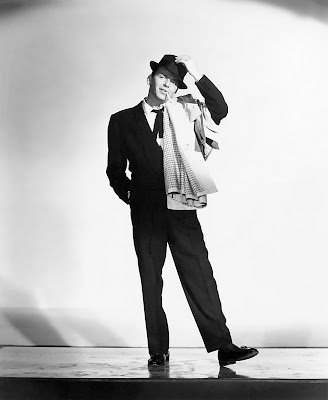 TCM is celebrating Frank Sinatra's 100th birthday with a December filled with movies and TV specials.


TCM is celebrating the centennial of Frank Sinatra with 35 movies and TV specials airing each Wednesday evening/Thursday morning in December.  Here's what you need to know about one of the legendary entertainers of the 20th century . FYI: TCM sometimes changes the air times and /or movies, so you can go to www.tcm.com to check the updated schedule.

Died: May 14, 1998, in West Hollywood, Calif. He is buried in Desert Memorial Park in Cathedral City, Calif.

Academy Awards: Sinatra won a best supporting actor Oscar for From Here to Eternity (1953). He was nominated for best actor  for The Man With the Golden Arm (1955).

Brief bio: Sinatra grew up in Hoboken, N.J., as the son of working class Italian immigrants. He realized at a young age that his exceptional singing voice was his ticket out of poverty, and he began performing, first in his parent's tavern, and then by joining a succession of musical groups in the Hoboken area. Sinatra attracted national attention through his work with the popular big bands of  Harry James and Tommy Dorsey, which led to radio and film appearances. Sinatra struck out on his own in 1943, and soon "Sinatramania" swept the nation, especially among teenage girls, or bobby soxers as they were known then, who bought up his albums at a record pace. Hollywood soon came calling, and Sinatra starred in several successful musicals for MGM, including Anchors Aweigh (1945) and On the Town (1949). Sinatra hit a career slump in the early 1950's because of changing tastes and his constant presence in the tabloids (Sinatra divorced his wife, Nancy, in 1951 for movie star Ava Gardner), but he made a sensational comeback in 1953 thanks to his Oscar-winning role as a luckless Italian American soldier in the World War II drama, From Here to Eternity. Sinatra became one of the biggest movie stars of the 1950's and 1960's, appearing in all kinds of films from musicals (Pal Joey) to political thrillers (The Manchurian Candidate). Sinatra mostly retired from films in the 1970's, but he was still a force to be reckoned with in American popular culture because of his frequent concerts, especially those at Caesar's Palace in Las Vegas with the Rat Pack, and through his frequent TV appearances. After a period of ill health, Sinatra passed away from a heart attack in 1998.


Fun Fact: Sinatra was the first choice to play maverick San Francisco cop "Dirty" Harry Callahan, but the crooner had to bow out after he broke his finger. Clint Eastwood took over the role.

My Star of the Month top four:
My picks are two classic musicals, an Oscar winner, and an underrated drama.

Week 1. Pal Joey (1957) airing at 11:45 p.m.: This great musical features Sinatra as a cocky club owner who is torn between a rich widow (Rita Hayworth) and an innocent showgirl (Kim Novak). This movie features some of Ol' Blues Eyes best songs, including The Lady Is a Tramp.
Week 2. From Here to Eternity airing at 9:15 p.m.: This all-star drama about the 1941 Japanese attack on the U.S. Naval base in Pearl Harbor, Hawaii, features exceptional performances from an all-star cast, but Sinatra, who won an Oscar for his role as hot-tempered, but loyal Private Angelo Maggio, is a stand-out.
Week 3. On the Town airing at 9 p.m.: This musical about three sailors (Sinatra, Gene Kelly, Jules Munshin) who are on 24-hour shore leave in New York City is one of the most delightful films of the 1940's. Don't miss the "New York, New York" sequence where you can catch glimpses of the bobby soxers crowding around to get a glimpse of Sinatra while he was filming at New York City landmarks.
Week 4. Some Came Running airing at 1:15 a.m.: This underrated drama directed by Vincente Minnelli has a great performance by Sinatra as a hard-drinking novelist who returns to his hometown after a stint in World War II. Some Came Running also features great performances from fellow rat-packers Dean Martin and Shirley MacLaine. 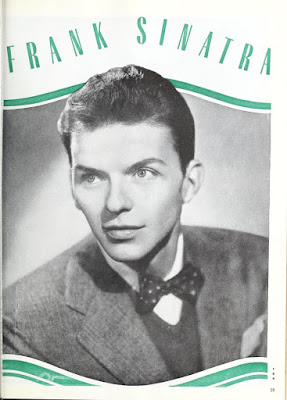