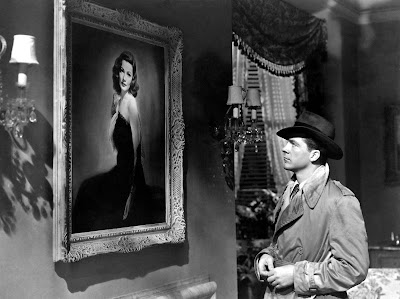 Online streaming can be frustrating for classic movie fans. Either, the only options are new movies and/or it costs a few dollars extra to watch your old Hollywood favorites. That's why I was pleasantly surprised that Netflix quietly added several classic movies in October. Here's a rundown of what is available now. I will add movies and post on social media if any new titles are added during the month. 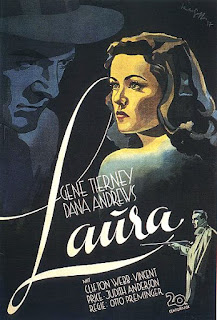 Laura (1944): Noir aficionados know that it can be frustrating to find your favorite movies (I've certainly worn out my library card working my way through the noir catalog). That's why it's a pleasant surprise that Laura is now on Netflix. This twisty tale of murder and jealousy directed by Otto Preminger is one of the essential noirs, telling the story of a beautiful advertising executive (Gene Tierney) who mysteriously disappears and the men who are obsessed with her (Dana Andrews, Clifton Webb, Vincent Price). 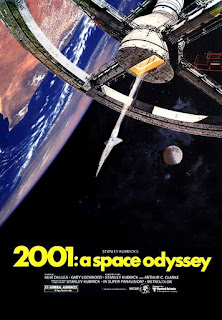 2001: A Space Odyssey (1968): British director Stanley Kubrick is one of the essential auteurs of the 20th century and two of his masterpieces are now on Netflix. 2001: A Space Odyssey is one of the most profound movies ever made. It is the story of man's evolution from primitive being to starchild and it is both brilliant, beautiful, and confounding at the same time. 2001 requires patience and viewers are rewarded by paying close attention, which makes it an ideal movie for online streaming.

A Clockwork Orange (1971): This movie was Kubrick's follow-up to 2001. It is the profoundly disturbing story of a young nihilist (Malcolm McDowell) who revels in violence until he is "rehabilitated." The movie is at once a brilliant tour-de-force for both Kubrick and McDowell, and a disturbing, ultra-violent film that isn't for everyone. 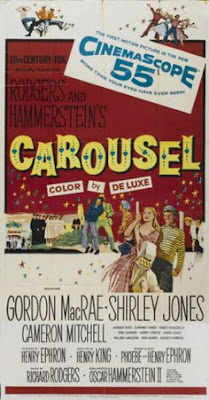 Carousel (1956): This movie is one of the more unusual big screen adaptations of Rodgers and Hammerstein's musicals. Carousel tells the story of star-crossed lovers Billy Bigelow (Gordon MacRae) and Julie Jordan (Shirley Jones), and features some of Rodger and Hammerstein's best songs, including "If I Loved You" and "You'll Never Walk Alone."

On the Town (1949): This movie is simply one of the most joyous old Hollywood musicals ever made. On the Town tells the story of three World War II sailors (Frank Sinatra, Gene Kelly, Jules Munshin) who are on 24-hour leave in New York City. They experience all the Big Apple's iconic sights and find a little romance with some local ladies (Ann Miller, Betty Garrett, Vera-Ellen).

Pal Joey (1957): This movie is another great Sinatra musical that features Ol' Blue Eyes as a playboy who runs a nightclub. Many critics consider this one of Sinatra's best musical performances with classic renditions of Rodgers and Hart songs like The Lady Is a Tramp and my personal favorite, My Funny Valentine.

Anchors Aweigh (1945): The Sinatra riches continue with Anchors Aweigh,  a wartime musical that features Kelly and Sinatra as sailors who are in love with an aspiring singer (Kathryn Grayson). The movie is best known today for Kelly's dance with the cartoon character, Jerry Mouse.

Take Me Out to the Ball Game (1949): This movie isn't as well known as the other Sinatra/Kelly musicals, but it's still a great movie featuring the duo as turn-of-the-century baseball players.

There's No Business Like Show Business (1954): This all-star musical features the combined talents of Ethel Merman, Donald O'Connor, Marilyn Monroe, and Mitzi Gaynor in an Irving Berlin musical about a vaudeville family. There's a lot of great Berlin standards, but the most memorable number is Monroe performing "Heat Wave."

High Society (1956): This movie is one of my favorite old Hollywood musicals. It is a remake of The Philadelphia Story (1940) featuring Grace Kelly as heiress Tracy Lord, who is pursued by her ex-husband (Bing Crosby) and a tabloid reporter (Sinatra). High Society features my favorite Sinatra musical number: His duet with Crosby on "Well, Did You Evah."

Daddy Long Legs (1955): This charming musical features Fred Astaire as a a millionaire who begins an awkward courtship with a lovely young woman played by Leslie Caron. The best number is Astaire and Caron's dance to "Something's Gotta Give." 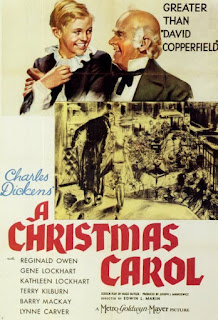 The Inn of the Sixth Happiness (1958): This exciting historical drama features Ingrid Bergman as a missionary in 1930's China who works in a small village when she inadvertently becomes involved in Japan's invasion of China.

The Devil at 4 O'Clock (1961): Spencer Tracy and Sinatra star in this disaster movie about a volcano eruption on a Pacific Island that is the home to children afflicted with leprosy.

Some Came Running (1958): Here's another Sinatra movie about a World War II veteran who battles booze and the closed minds in his small hometown in his struggle to become a writer. Some Came Running, which is ably directed by Vincente Minnelli, was widely acclaimed at the time, receiving five Oscar nominations, including best actress for Shirley MacLaine.

The Graduate (1967): This is the iconic swinging sixties movie, featuring a star-making performance from Dustin Hoffman as a confused young man who is torn between his middle-aged neighbor (Anne Bancroft) and her lovely young daughter (Katharine Ross). 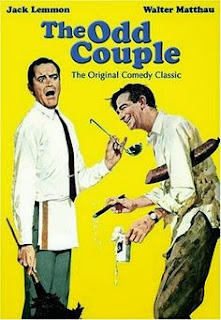 The Odd Couple (1968): This movie comes and goes quite frequently on Netflix. It's back in October and there's never a bad time to watch this hilarious comedy from one of the all-time great screen teams. Jack Lemmon plays fussbudget Felix who moves into the apartment of his slovenly friend Oscar (Walter Matthau) after a messy divorce.

Pepe (1960): The beloved Mexican comedian Cantiflas isn't that well-known today outside of Around the World in 80 Days (1956), but he was a popular entertainer during his lifetime. This movie features Cantiflas as a ranch hand who loses his favorite horse to a Hollywood producer (Dan Dailey). His search for his equine friend includes cameos from big stars like Jimmy Durante, Zsa Zsa  Gabor, and Sinatra.