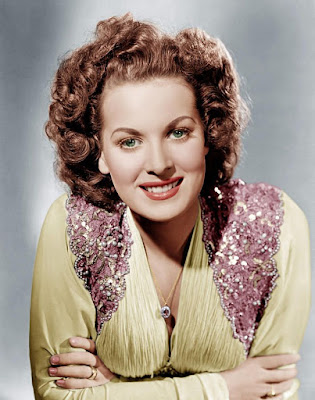 Today, I'm remembering Maureen O'Hara with a look at five of her best films and where you can watch them.


Actress Maureen O'Hara, who passed away Saturday at age 95, was one of the legendary leading ladies of old Hollywood. She was born Maureen FitzSimons on Aug. 17, 1920, in Ranelagh, Ireland, the daughter of a businessman and contralto singer. O'Hara wanted to become a singer, but she settled on acting when she was accepted into the legendary Abbey Theatre at age 14. O'Hara began working in small parts in British movies where she was noticed by actor and producer Charles Laughton, who changed her last name and cast her as the lead in Jamaica Inn (1939), a historical thriller  that was directed by Alfred Hitchcock. Laughton brought O'Hara to Hollywood for the lavish production of The Hunchback of Notre Dame (1939), where her touching performance as the gypsy, Esmeralda, soon led to bigger parts.

O'Hara got her first meaty dramatic part in this B movie about an aspiring ballerina who works as a burlesque dancer. In many ways, Lucille Ball walks away with the movie as a tough as nails veteran dancer, but O'Hara has many fine moments, plus she gets to show off her dancing skills. Dance, Girl, Dance, which was made by one of old Hollywood's few female directors, is notable today for its feminist overtones, especially a scene where O'Hara's character tells off the leering men in the burlesque hall. DVD and video on demand.

Ford and O'Hara had a long and fruitful partnership that began with this lovely film about a family of Welsh coal miners. O'Hara plays the beautiful Angharad, who must give up the love of a clergyman (Walter Pidgeon) to marry a rich man that will help support her family. The scene of Angharad's wedding day, where a despondent Angharad lets her veil blow in the breeze, is one of the most beautiful moments  in Ford's rich filmography. How Green Was My Valley will air at 5:30 p.m. Dec. 20, 2015, on TCM. DVD, Blu-ray and video on demand.

O'Hara's career coincided with the popularity of Technicolor, and O'Hara's beautiful red hair and green eyes and gorgeous complexion soon earned her the nickname, "the Queen of Technicolor." Many of O'Hara's Technicolor movies were swashbucklers and audiences flocked to see O'Hara in seagoing adventures like Against All Flags (1952) and Sinbad the Sailor (1945). One of the best of O'Hara's swashbucklers is The Black Swan, which co-stars Tyrone Power at his action hero best and George Sanders as a suitably devious brigand. DVD, Blu-ray, and video on demand.


O'Hara played more serious roles during the latter part of the 1940's. She was excellent in director Jean Renoir's This Land Is Mine (1943) playing a noble schoolteacher who works for the resistance in a Nazi-occupied France, but O'Hara will always be remembered for the Christmas classic, Miracle on 34th Street. She plays a straight-laced career woman at Macy's department store who can't believe the eccentric man (Edmund Gwenn) she hired to play Santa Claus in the Thanksgiving Day Parade is the real St. Nick. TCM and Fathom Events are bringing Miracle on 34th Street to movie theaters across the US on Dec. 20 and 23, 2015. It is also available on DVD, Blu-ray and video on demand.

O'Hara's best role came in 1952, when she re-teamed with John Wayne and Ford for this sentimental love story shot on location in the Emerald Isle. O'Hara plays fiesty Irish lass Mary Kate Danaher who wins the love of an American boxer Sean Thornton (John Wayne). The pair's tempestous relationship is played with an excellent supporting cast that includes Ford stalwarts  Victor McLaglen and Ward Bond, and the beautiful County Mayo locations make this one of Ford's visually stunning films. DVD, Blu-ray and video on demand.

O'Hara continued to work steadily in Hollywood until her retirement in 1968 to spend more time with her husband, aviator Charles Blair. O'Hara returned to the big screen in 1991 to play John Candy's domineering Irish Catholic mother in Only the Lonely, and she also appeared in three TV movies, including the holiday favorite, The Christmas Box (1995).