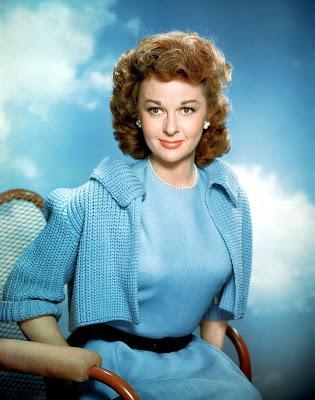 
TCM is celebrating the career of Susan Hayward with 27 movies airing each Thursday in September.  Here's what you need to know about this determined actress. FYI: TCM sometimes changes the air times and /or movies, so you can go to www.tcm.com to check the updated schedule.

Died: March 14, 1975, in Hollywood. She is buried in  Our Lady of Perpetual Help Cemetery in Carrollton, Ga.

AKA: Hayward was born Edythe Marrener. She changed her name when she began working in Hollywood.

Brief bio: Hayward grew up in a middle class family in Brooklyn. She became interested in acting while performing in school plays, and she was labeled "Most Dramatic" in her high school class. Hayward began working as a model in New York City, but she had loftier ambitions. She headed to Hollywood in 1937 determined to win the part of Scarlett O'Hara in Gone With the Wind. Obviously, that didn't work out, but Hayward did get work as an extra, and her part in the action-adventure epic Beau Geste finally got her noticed by Hollywood. She became a popular romantic leading lady in the 1940's, but she longed for more substantial parts. Hayward finally got her wish in 1947 when she played an alcoholic singer in Smash Up: The Story of a Woman. Hayward earned her first Oscar nomination for that role and, throughout the 1950's, she alternated appearances in blockbusters with substantial roles in films like The President's Lady (1953) and I'll Cry Tomorrow. Hayward finally won a hard-earned Oscar in 1958 for her role as a woman on death row in I Want to Live! causing one Hollywood wag to comment, "Well, we can finally relax."  Hayward married Georgia businessman Eaton Chalkley in 1957. She did accept a few more film and TV roles in the 1960's and 1970's, but she mostly enjoyed life at her husband's ranch until her untimely death from brain cancer.

My Star of the Month top three:
My picks are a great performance, a blockbuster, and a personal favorite.

1. I'll Cry Tomorrow airing at midnight Sept. 18 (Thursday night/Friday morning): Hayward certainly deserved her Oscar for I Want to Live!, but I believe Hayward's turn as the troubled singer Lillian Roth is her best screen performance.
2. Demetrius and the Gladiators (1954) airing at 8 p.m. Sept. 18: Biblical epics were very popular in the 1950's and Hayward starred in her fair share. This film is a campy sequel to The Robe (1953) that features Hayward as a temptress trying to lead Victor Mature astray.
3. Tulsa (1949) airing at 3:30 a.m. Sept. 4 (Thursday night/Friday morning): This over-the-top drama about the Texas oil fields used to be shown a lot on PBS when I was a kid. It's still great fun with Robert Preston and Hayward  alternately locking horns and in love, and it features a great supporting turn from Chill Wills.

A great movie not featured this September: I'd Climb the Highest Mountain (1951) is another PBS favorite. It features Hayward and William Lundigan as a Methodist pastor and his wife who must adjust to life in rural Georgia at the Turn of the Century. This Technicolor movie was shot on location and it features glorious scenery, plus an accurate representation of rural life in the South. It's available on DVD and I'll be reviewing it later this month. 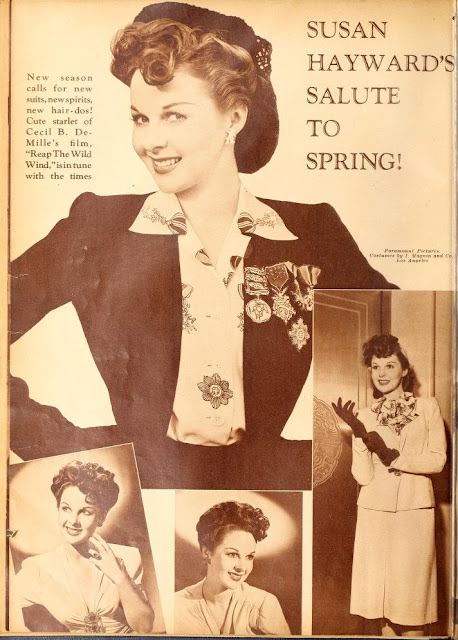 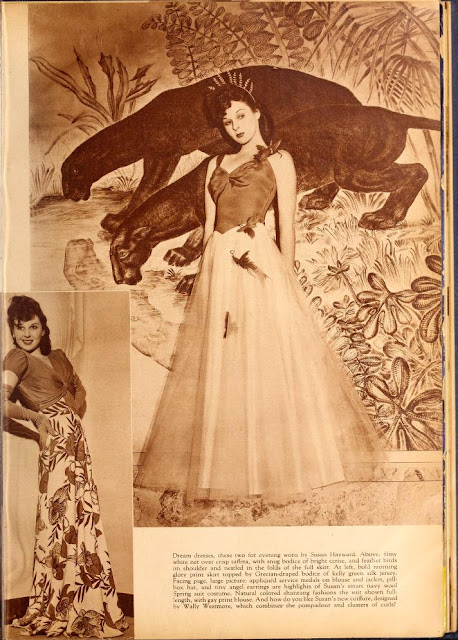