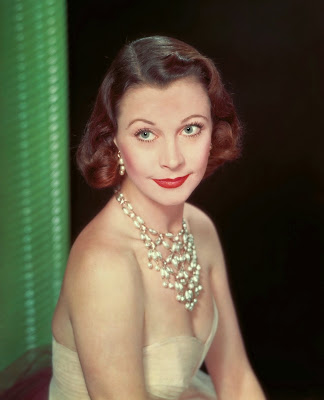 TCM is celebrating the career of Vivien Leigh with 11 movies on Aug. 18.  Here's what you need to know about the actress who originated the role of Scarlett O'Hara in Gone With the Wind (1939). FYI: TCM sometimes changes the air times and /or movies, so you can go to www.tcm.com to check the updated schedule.

Died: July 7, 1967, in London. Her ashes were scattered on a lake near her summer home in East Sussex.

AKA: Leigh's agent did not think Vivian Holman was a suitable name for an actress so she changed it to Vivian Leigh as a tribute to her then husband, Herbert Leigh Holman. A theater producer later altered the spelling of her first name.

Brief bio: Leigh grew up in colonial India as the daughter of a successful businessman and his artistic wife. Leigh's mother encouraged her daughter's love of literature and her performing skills, and the family moved back to England in 1919 so Leigh could receive a convent education. Leigh attended the Royal Academy of the Dramatic Arts after studying in Europe, but she gave up the school  after she married successful barrister Leigh Holman in 1931. Leigh resumed her acting career in 1935 and in 1937 she fell madly in love with Laurence Olivier while making the Elizabethan drama, Fire Over England. Leigh traveled to Hollywood with Olivier in 1938, and she eventually won the coveted role of Scarlett O'Hara  thanks to her friendship with powerful agent Myron Selznick, who was the brother of Gone With the Wind producer David O. Selznick. Olivier and Leigh married in 1940 and for the next 20 years they were the king and queen of the British stage. Leigh did make a few films, most notably she won a second Oscar for playing the delusional Blanche DuBois in A Streetcar Named Desire, but she mostly focused on the theatrical productions that kept her close to Olivier. Sadly, the Olivier's marriage broke up in 1960, which took a great toll on Leigh's health and emotional well-being. She did appear in two successful movies, The Roman Spring of Mrs. Stone (1961) and Ship of Fools (1965), before she died from tuberculosis in 1967.

Fun fact: According to legend, Leigh used one of her two Oscars for a bathroom doorstop.

My Summer Under the Stars top three:
1. There are two wonderful film versions of the romantic drama Waterloo Bridge. TCM is airing the 1940 version at 10 a.m., which stars Leigh and Robert Taylor as the star-crossed lovers (The Mae Clarke version is airing Thursday).
2.  A Yank at Oxford (1938), airing at 1:30 p.m., is a fun MGM confection about a cocky American (Taylor again) who attends the prestigious university where he meets a seductive married lady played by Leigh.
3. If you've never seen Gone With the Wind now is a great opportunity. TCM will air a feature length behind the scenes documentary at 8 p.m. followed by the all-time classic at 10:15 p.m.

A great movie not featured during Summer Under the Stars: Leigh never looked more beautiful than in her role as the Egyptian Queen in the film version of George Bernard Shaw's play Caesar and Cleopatra (1945), co-starring Claude Rains.

Old Hollywood video: Vivien Leigh performs a number from the musical Tovarich in 1963. She won a Tony Award for her role as exiled Russian royalty who is working as  a maid in Paris. 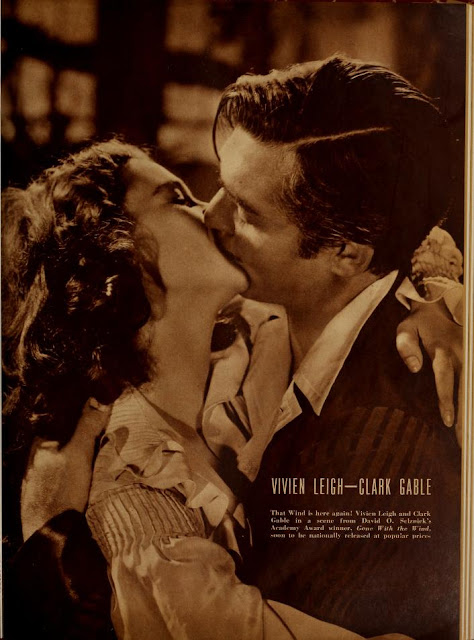 Old Hollywood GIF: Scarlett shows off her "designer" gown in Gone With The Wind. Courtesy of giphy.com.