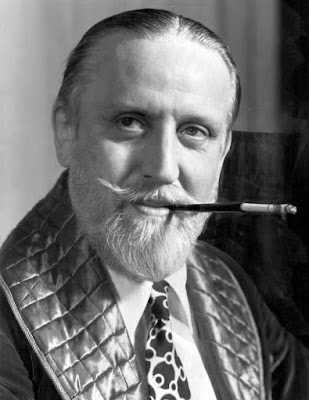 
TCM is celebrating the career of Monty Woolley with 13 movies on Aug. 27.  Here's what you need to know about the actor who originated the role of horrible houseguest Sheridan Whiteside in The Man Who Came to Dinner. FYI: TCM sometimes changes the air times and /or movies, so you can go to www.tcm.com to check the updated schedule.

AKA: Woolley used his nickname for his stage name. He was actually born with the imposing name of Edgar Montillion Woolley.

Academy Awards: Woolley was nominated for best actor for The Pied Piper (1942) and best supporting actor for Since You Went Away (1944).

Brief bio: Woolley grew up in a wealthy family that mixed with the best of Manhattan society. Woolley attended both Yale and Harvard universities and, after receiving a master's degree, he became an assistant English professor and dramatic coach at Yale where he taught many prominent students, including writers Thornton Wilder and Stephen Vincent Benet. Woolley retired from teaching in 1936. He directed musicals for his old college buddy, composer Cole Porter, and he began getting small acting parts in both Broadway and Hollywood. Woolley got his big break in 1939 when playwrights George S. Kaufman and Moss Hart cast him as cranky critic Sheridan Whiteside in their new comedy, The Man Who Came to Dinner. Woolley played Whiteside for more than 700 performances, and he reprised the role in the 1942 Warner Bros. movie. The Man Who Came to Dinner opened up a whole new career for Woolley. For the next 13 years, he played a variety of distinguished older gents in movies like Molly and Me (1945) and The Bishop's Wife (1947). Woolley retired in 1955 because of health problems. He led a quiet life until his death from kidney and heart disease in 1963.

Fun Fact: Woolley meticulously maintained his trademark beard. When Paramount Pictures executives asked him to shave his whiskers for a role, Woolley allegedly demanded $8,000 to make up for the loss. The studio honchos declined.

1. Woolley and Cole Porter became close friends while they were both attending Yale. Woolley played himself in the Porter biopic Night and Day (1946), airing at 3:30 p.m., which stars Cary Grant as the famous songwriter.
2. The cranky critic Sheridan Whiteside in The Man Who Came to Dinner is Woolley's signature role. This classic comedy about Whiteside's unwelcome stay at a rural Ohio home during the holidays airs at 11:45 p.m.
3. Woolley had a prominent role in another classic Christmas movie. He plays an avuncular professor who befriends lonely Loretta Young in The Bishop's Wife, airing at 1:45 a.m.

A great movie not featured during Summer Under the Stars: Woolley's role in the World War II drama The Pied Piper earned the actor his only best actor Oscar nomination. It can be difficult to track down this charming film about an elderly curmudgeon who helps French children escape the Nazis, but it's well worth the effort.

Old Hollywood video: An Antiques Roadshow clip about the extensive correspondence between Woolley and Cole Porter.


Fan Magazine Flashback: Woolley and the all-star cast of Since You Went Away appear in a vintage ad. Courtesy of the Media History Digital Library. 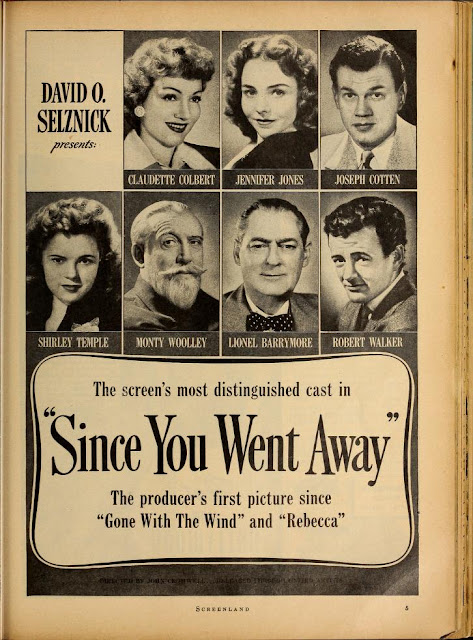 Old Hollywood Archives: A look at the role of Sheridan Whiteside.