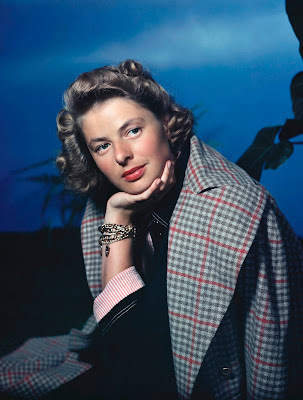 
TCM is celebrating the career of Ingrid Bergman with 13 movies on Aug. 28.  Here's what you need to know about this actress whose centennial is Saturday. FYI: TCM sometimes changes the air times and /or movies, so you can go to www.tcm.com to check the updated schedule.

Brief bio: Bergman grew up in an artistic family in Stockholm. Her mother died when she was 2 years old and her father died when she was 12. She went to live with an elderly uncle, who encouraged her dreams of acting. Bergman began getting work as an extra in Swedish films when she was still a teenager, and she soon worked her way up to substantial speaking parts. Bergman's big break came in Intermezzo (1936), a Swedish film that caught the eye of Hollywood producer David O. Selznick. He put Bergman under contract and  remade Intermezzo into a successful film co-starring Leslie Howard. Bergman soon became a sought after actress in Hollywood. She gained superstar status by playing Ilsa Lund in Casablanca (1942), and she continued to appear in hit after hit, including Gaslight (1944), The Bells of St. Mary's (1945), and Notorious (1946). Bergman sacrificed her Hollywood career when she divorced her first husband after falling in love with director Roberto Rossellini during the filming of Stromboli (1950). For the next several years, Bergman was ostracized in Hollywood, but she made a spectacular comeback in Anastasia, winning her second best actress Oscar. From then on, Bergman never looked back. She continued to work in interesting projects until her untimely death from cancer on her 67th birthday.

Fun Fact: Selznick toyed with changing Bergman's name to Ingrid Berriman when he first put her under contract.

1. Bergman made more European films than probably any other old Hollywood star. TCM is airing quite a few today, so I'll recommend three. Stromboli, airing at 10 a.m., is probably Bergman's best collaboration with Rossellini. She plays a woman who marries a Sicilian fishermen but has trouble coping with her hard life.
2. Elena and Her Men (1956), airing at 2:45 p.m., is a delightful comedy from French director Jean Renoir. Bergman plays a countess who is pursued by Jean Marais and Mel Ferrer.
3. Bergman meets Bergman in Autumn Sonata, airing at 6:15 p.m. Ingrid plays a concert pianist who reunites with her neglected daughter (Liv Ullmann) in this tense drama from the great Swedish director Ingmar Bergman.

A great movie not featured during Summer Under the Stars: Bergman is radiant as Sister Mary Benedict, a dedicated nun who is trying to save an inner-cityy school from closing, in the family film, The Bells of St. Mary's. 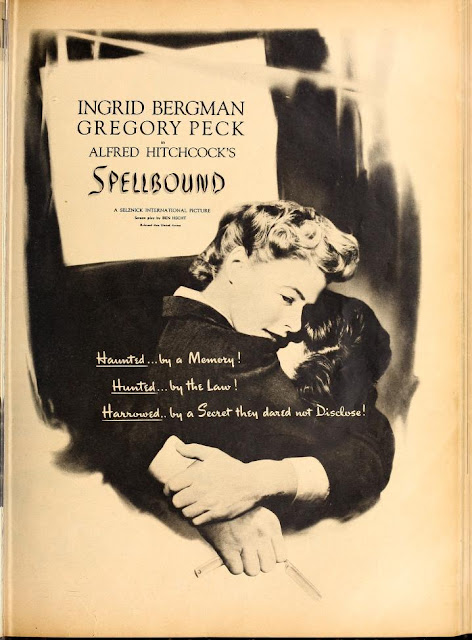 
Old Hollywood Archives: My review of The Bells of St. Mary's.