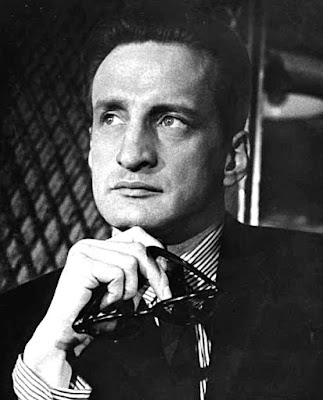 
TCM is celebrating the career of George C. Scott with 11 movies on Aug. 29.  Here's what you need to know about Scott, who was the first actor to turn down an Academy Award. FYI: TCM sometimes changes the air times and /or movies, so you can go to www.tcm.com to check the updated schedule.

Died: Sept. 22, 1999, in Westlake Village, Calif. He is buried in the Westwood Memorial Park in Los Angeles.

Brief bio: Scott grew up in Detroit as the son of a Buick executive. He dreamed of becoming a journalist, but he became interested in acting while attending the University of Missouri. Scott moved to New York City, and he earned wide acclaim in the New York Shakespeare Festival, especially for his dark turn as Richard III. Scott got the attention of Hollywood and he began appearing on television and then in the movies. Scott became one of  the most sought after character actors of the 1960's, thanks to critically acclaimed performances in films like Anatomy of a Murder, The Hustler, and Dr Strangelove (1964). Scott moved up to leading man in the 1970's thanks to his signature performance as U.S. General George S. Patton in the acclaimed biopic, and his turn as an alcoholic doctor in The Hospital. Scott continued working, especially in television, until his death from an aneurysm in 1999.

Fun Fact: Scott was known for his intimidating manner and hot temper.  When he appeared in a play with actress Maureen Stapleton, she confided in director Mike Nichols that she was afraid of the actor. "My dear, everyone is scared of George C. Scott,"  Nichols replied.

1.Today is Ingrid Bergman's 100th birthday, so it's nice that TCM is featuring the only film she and Scott appeared in together. The Yellow Rolls-Royce (1964), airing at 9:45 a.m., is an ensemble comedy about three sets of owners of a classic car. Scott plays a gangster who buys the rolls for his moll (Shirley MacLaine).
2. Scott is riveting as a ruthless prosecutor who tries a murder case against James Stewart in Anatomy of a Murder, airing at noon.
3.TCM is featuring The Hustler, airing at 8 p.m., as part of its The Essentials collection. This film about a small-time pool shark (Paul Newman) who is manipulated by a seedy manager (Scott) is one of the best movies of the 1960's.

A great movie not featured during Summer Under the Stars: Scott is hilarious in Dr. Strangelove as the gung-ho General Buck Turgidson, who desperately wants to get one over on the Russians even if it means a nuclear apocalypse.

Old Hollywood video: Scott appears in a 1955 training film for Buick car salesman (his father was a Buick executive) 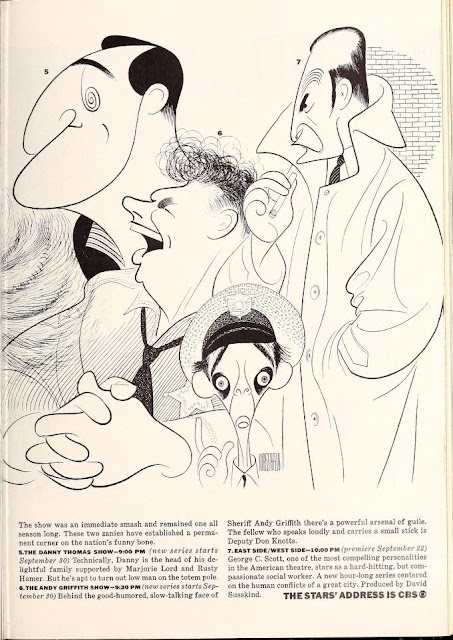