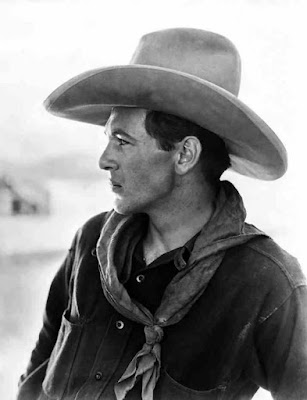 
TCM is celebrating the career of Gary Cooper with 11 movies on Aug. 30.  Here's what you need to know about Cooper, who was a favorite of director Frank Capra. FYI: TCM sometimes changes the air times and /or movies, so you can go to www.tcm.com to check the updated schedule.

Died: May 13, 1961, in Beverly Hills, Calif. He is buried in Sacred Hearts Cemetery in Southampton, N.Y.

AKA: Cooper real first name was Frank, but his agent decided he needed a snazzier stage name, so she rechristened him after her hometown of Gary, Ind. Cooper always liked to joke in later years that it was a good thing she wasn't from Poughkeepsie.

Brief bio: Cooper grew up on a Montana ranch as the son of English immigrants. Cooper, who never took to formal education, drifted around a bit after graduating from high school: he attended college in Iowa, was a tour guide at Yellowstone National Park, and worked as an editorial cartoonist for a Helena newspaper. In 1924, Cooper's parents moved to Los Angeles. Cooper soon followed, and he quickly landed steady work as an extra and stuntman because of his superior horsemanship. Cooper soon got tired of the dangers of stunt riding, and he decided to focus on acting. He got a few memorable parts in silent films like The Winning of Barbara Worth (1926) and Wings (1927), but his big breakthrough came in his first sound movie, The Virginian (1929), where he played a shy, but handsome cowboy, who drawled out lines like, "Nope." Cooper became so popular that Paramount Pictures put him in all kinds of movies: he was a French Legionnaire in Morocco (1930), a British officer in The Lives of a Bengal Lancer (1935), and a World War I soldier in A Farewell to Arms (1932). Cooper moved away from his matinee idol image after appearing as a shy tuba player in Mr. Deeds Goes to Town. Mr. Deeds turned Cooper into something of a folk hero, and for the rest of his career he played a succession of all-American parts like Lou Gehrig in The Pride of the Yankees and Marshal Will Kane in High Noon.

Fun Fact: Cooper walked with a limp because of a childhood car accident.

1.Meet John Doe (1941), airing at 1:30 p.m., is my favorite Cooper movie. He plays a homeless bum who becomes a media sensation thanks an ambitious reporter played by Barbara Stanwyck.
2. Mr. Deeds Goes to Town, airing at 8 p.m., changed Cooper's image from a matinee idol to all-American hero.
3.Cooper is miscast in Love in the Afternoon (it's really Cary Grant's part) but I still like this  Parisian romance co-starring Audrey Hepburn that airs at 12:45 a.m.

A great movie not featured during Summer Under the Stars: Stanwyck and Cooper made a great team in Meet John Doe, but their other  1941 film, the screwball comedy Ball of Fire, is just as good. Cooper plays a shy linguistics professor who wants to learn about modern slang from Stanwyck's burlesque dancer. 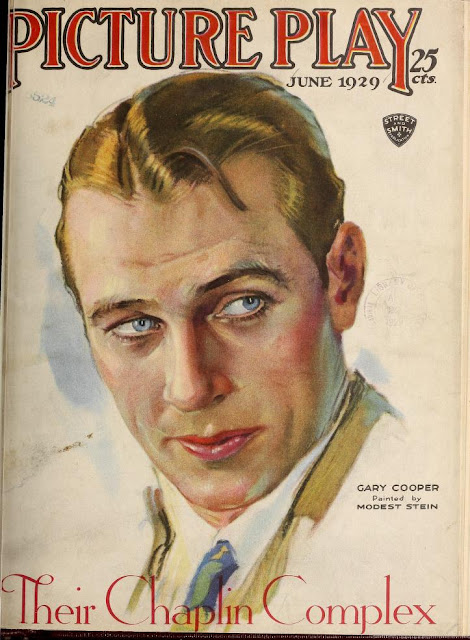 Old Hollywood GIF: The tuxedo team of Fredric March and Gary Cooper in Design for Living (1933). Courtesy of giphy.com

A viewer's guide for Friendly Persuasion (1956).