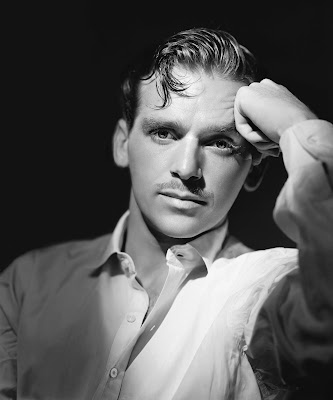 
TCM is celebrating the career of Douglas Fairbanks Jr. with 15 movies on Aug. 15. Here's what you need to know about one of old Hollywood's leading matinee idols. FYI: TCM sometimes changes the air times and /or movies, so you can go to www.tcm.com to check the updated schedule.

Died: May 7, 2000, in New York City. He is buried in the Hollywood Forever Cemetery.

Brief bio: Fairbanks Jr. grew up as Hollywood royalty. He was the son of legendary silent star Douglas Fairbanks and his first wife, Anna Beth Sully. Fairbanks Jr. really wasn't interested in following in his father's footsteps, but he got his first film role at age 14 thanks to his famous name. At first, Fairbanks appeared in bit parts, but he gradually worked his way up, and he became a sought-after romantic leading man in pre-code talkies thanks to his pleasant speaking voice and his high profile marriage to Joan Crawford (they would divorce in 1933). The swashbuckling genre had a revival in the late 1930's and Fairbanks naturally excelled in those movies, appearing in blockbusters like The Prisoner of Zenda and Gunga Din (1939). Fairbanks joined the US Navy during World War II, and he was highly decorated for his combat experience and contributions to counter-intelligence. Fairbanks movie career never took off after the war, but he had a thriving career in television, and he was also a shrewd businessman with many other interests.

Fun fact: Fairbanks was well-known for his fashion sense, and he was often named to the international best-dressed list.

My Summer Under the Stars top three:
1. Gunga Din, airing at 4 p.m., is one of the best action-adventure films ever made, featuring Fairbanks as one of three British officers who battle the brutal Thuggees.
2. Flight Commander (1930), which is better known as The Dawn Patrol, airing at midnight, is an interesting early  Howard Hawks film about World War I flying aces.
3. Fairbanks is great as Edward G. Robinson's partner in the seminal gangster film, Little Caesar (1931), airing at 3:15 a.m.

A great movie not featured during Summer Under the Stars: One of Fairbanks best romantic leads was in Morning Glory (1933). He plays a theatrical producer opposite Katharine Hepburn as an aspiring actress. 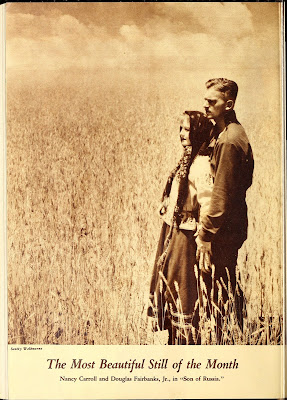 Old Hollywood video: Fairbanks does some of his famous impersonations in Our Modern Maidens (1929).