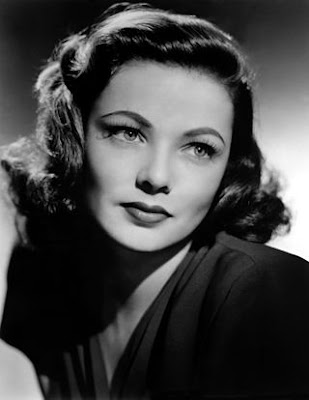 Old Hollywood Films will be seeing stars throughout August. I'll be posting articles photos and videos here and/or on social media to coincide with TCM's Summer Under the Stars, a film festival celebrating a different actor each day in August.  First up, is Gene Tierney, one of the most beautiful stars of the 1940's.


TCM is celebrating the career of Gene Tierney with 12 movies on Aug. 1. Here's what you need to know about this iconic actress.

Brief bio: Tierney was born to a well-to-do family in Brooklyn. She pursued an acting career against her father's wishes, and she became a Broadway sensation at the tender age of 20. 20th Century Fox quickly signed her to a contract and she made her film debut in The Return of Frank James (1940). Tierney quickly worked her way up, and by 1943 she received top billing in Heaven Can Wait. In 1944, Tierney starred in Otto Preminger's classic film noir Laura as the beautiful, but mysterious title character. The high point of Tierney's career was the late 1940's when she starred in many great movies like Leave Her to Heaven (1945), Dragonwyck (1946), and The Ghost and Mrs. Muir (1947). Tierney accepted fewer film roles in the 1950's and 1960's, but she was sensational in a few parts like Advise and Consent (1962). Tierney mostly retired after she married oil baron W. Howard Lee in 1960.

My Summer Under the Stars top three:
1. The Ghost and Mrs. Muir  airing at 8 p.m. is a charming supernatural romance co-starring Rex Harrison and George Sanders.
2. Tierney is great as the tolerant wife of an aging playboy in Heaven Can Wait airing at 10 p.m.
3. Laura, airing at 3:45 p.m., is one of the great noirs. Plus, who can resist Waldo Lydecker (Clifton Webb).

A great film not featured on Summer Under the Stars: Tierney plays a manipulative femme fatale who ruins the life of a writer played by Cornel Wilde in Leave Her to Heaven (1945). 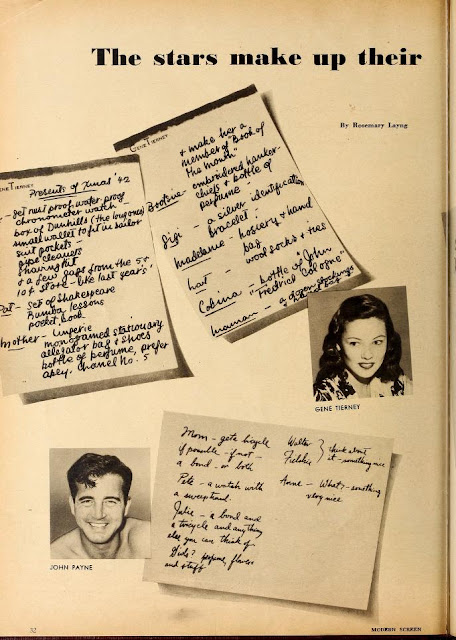 Video: Tierney talks candidly about her mental health struggles in this 1979 clip from The Mike Douglas Show.

Old Hollywood GIF: Tierney in The Ghost and Mrs. Muir

Gene Tierney Laura Leave Her to Heaven summerstars The Ghost and Mrs. Muir. Summer Under the Stars