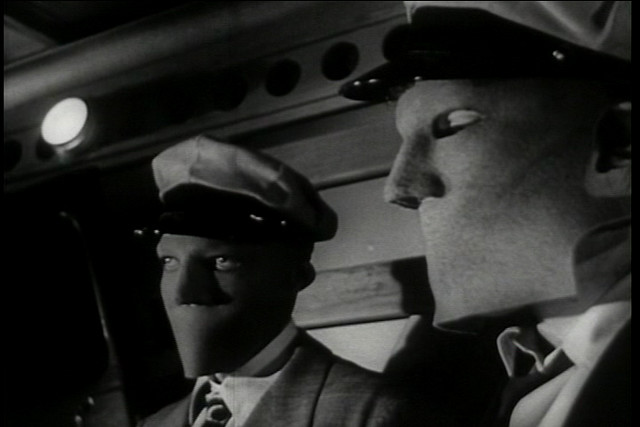 This week's noir is one of the best heist movies ever made. TCM will air Kansas City Confidential starring Jack Elam and Neville Brand as hooded robbers at 1:15 p.m. July 24 as part of its film noir festival, Summer of Darkness. A viewer's guide to this classic crime story is below.

Kansas City Confidential (1952) doesn't feature dazzling cinematography or big name stars, but it's still one of the best films noir ever made. This classic heist movie was a B picture made on a minimal budget, but director Phil Karlson makes up for those deficiencies with a tightly plotted movie featuring great performances from some of old Hollywood's best character actors.


Kansas City Confidential follows Joe Rolfe (John Payne), a decorated World War II veteran who is working as a deliveryman when he stumbles onto the scene of a large bank robbery. Joe has had a few run-ins with the law, so the cops immediately assume he's involved and arrest him. After a few brutal beatings, the cops release Joe because they don't have any evidence against him. Joe then decides to pursue the real robbers all the way to a remote South American fishing village.

Karlson: Karlson is a virtual unknown these days, but he was a talented director who made several very good films noir in the 1950's (99 River Street, Scandal Sheet and The Phenix City Story are all great movies).  Karlson's directing style doesn't feature many of the stylistic flourishes associated with film noir like low key lighting and Dutch tilts; in fact, Karlson really didn't have the budget for those things.

Kansas City Confidential was made by a poverty row studio called Associated Players and Producers. The movie was made on cheap sets and on location at Santa Catalina Island, which stood in for Tijuana, Mexico, and South America. Karlson had very little to work with -- the Tijuana sets are basically bare except for a couple bull-fighting posters that are meant to add local color -- so he uses a lot of editing tricks and extreme close-ups to create a sense of isolation and claustrophobia. The clip below, which shows the "job interviews" for the three men who will rob the bank, is a great example of Karlson's style.

The Cast: There aren't any movie stars in Kansas City Confidential (Lee Van Cleef is probably the biggest name), but the acting is exceptional throughout the film. John Payne, is quite good as the movie's hero. He started out as a lightweight musical star at 20th Century Fox, but he turned to tough guy roles in the 1950's (His career arc is much the same as Dick Powell's). He's so good in the anti-hero roles that had he started earlier in the noir cycle, he could have been a huge star a la Robert Mitchum and Humphrey Bogart.

All of the supporting actors are also great, especially Van Cleef, Jack Elam and Neville Brand who are beloved by noir fans for their many bad guy roles. The trio play the three bankers robbers, and each actor creates a distinct character: Elam is the nervous type who keeps smoking cigarette butts; Van Cleef is a sharp-dressed ladies' man and Brand is a brutal thug with a boyish haircut (he comes off like a teen idol gone very, very bad).

Violence: Kansas City Confidential was criticized during its initial release for what many critics felt was excessive violence. The New York Times critic Bosley Crowther fussed about all the "face slapping, stomach punching, and groin kicking" and wrote that the movie's only purpose is "to stimulate the curious and the cruel."

The film is not violent by today's standards, but it is interesting how Karlson portrays the police. The cops are depicted as incompetent toughs who beat confessions out of innocent prisoners, instead of noble peace officers who believe in truth, justice, and the American way.

The Title: Kansas City Confidential was originally titled Kansas City 117 after the police precinct where Joe is interrogated, but that was changed before the movie's release. The film was a big hit, which led to a string of B movies with "Confidential" in the title like New York Confidential and Chicago Confidential. Crime writer James Ellroy paid homage to the B noirs of the 1950's with his novel L.A. Confidential, which was made into a 1997 movie.

Ironically, the film was called The Fourth Man in its overseas release (I actually think this is a better title, but I'm biased by my The Third Man super fandom).

Influence: Kansas City Confidential influenced many of the heist movies that followed, especially Stanley Kubrick's brilliant noir, The Killing (1956). Director Quentin Tarantino is a huge fan, and he based much of the plot details of Resevoir Dogs (1992) on Kansas City Confidential (I have never actually been able to set through that movie so I'm going to take IMDB's word on this one).