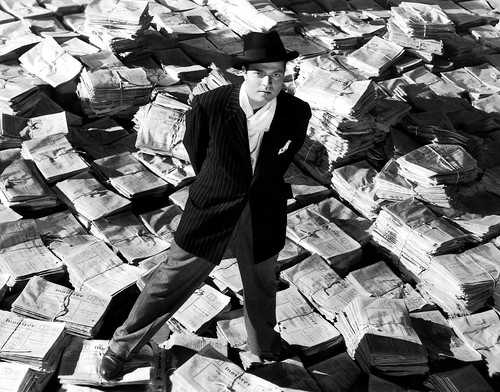 Here's what's coming up in May, schedule permitting:
- Our movie of the month is Welles' masterpiece, Citizen Kane. I'll be looking at all aspects of this great American film, including features on Welles' career and the inspiration behind the film.
-I'll celebrate Humphrey Bogart and Lauren Bacall's 70th wedding anniversary with an old Hollywood road trip to the Ohio farm where they were married.
-Old Hollywood films will be part of two great blogathons. First, I'll have a feature on Summertime (1955) for The Great Katharine Hepburn Blogathon, and then I'll celebrate National Classic Movie Day on May 16 with a look at Yankee Doodle Dandy (1942).