The Essential Films of 1939: Dark Victory 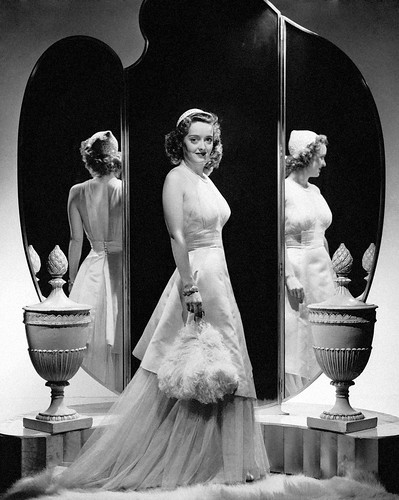 Bette Davis gets a large dose of prognosis negative in Dark Victory.

The Plot: Socialite Judith Traherne (Davis) is diagnosed with a brain tumor after she starts having terrible headaches and double vision. A renowned brain surgeon (George Brent) agrees to operate, but Judith's long-term prognosis is not optimistic.


Backstory: Dark Victory was a moderately successful 1934 Broadway play starring Tallulah Bankhead. Producer David Selznick quickly snapped up the rights for a Greta Garbo/Fredric March version, but Garbo turned him down in favor of appearing in Anna Karenina (1935). Selznick then asked Merle Oberon to star in the film, but she couldn't get out of her contract to make the film. Davis discovered Dark Victory in 1938 and she persuaded producer Hal Wallis to buy the rights from Selznick for $50,000.


Best Performance: Bette Davis as Judith Traherne. There really isn't any other choice than Davis, who dominates the film from beginning to end. Her performance is a masterclass in screen acting ranging from giddy nervousness to angry drunkeness to calm sincerity in the final scene. Davis, who could be difficult at times, attempted to quit the film because of "illness." Producer Wallis replied, "Bette, I've seen the rushes, stay sick."


Best Line: "I'll have a large order of prognosis negative," Judith on learning of her terminal diagnosis.

Brent and Davis: Brent and Davis appeared in 11 films together with Dark Victory being their best movie. They first met on the set of So Big! (1932) -- Davis developed a crush on Brent, but he was madly in love with his co-star, Ruth Chatterton. By the time pair made Dark Victory, both Davis and Brent were divorcing their spouses (Brent was married to Chatterton, Davis to her first husband, Harmon Nelson). They began a love affair on Dark Victory that lasted three years. Davis always remembered Brent fondly saying, "Of the men I didn't marry, the dearest was George Brent."

Geraldine Fitzgerald: Dark Victory was the American film debut for the Irish actress who had previously appeared onstage with Orson Welles' Mercury Theatre. She gave another memorable performance in 1939, appearing as Isabella Linton in Wuthering Heights. She received a best supporting actress nomination for that role.

Fun Fact: The Vermont scenes in Dark Victory were actually shot in the San Fernando Valley in California. The production team dipped cornflakes in white lead in order to get the properly snowy backdrop for Judith and Dr. Steele's New England cottage.

Why it's essential: Dark Victory is one of the greatest sentimental weepies ever produced in Old Hollywood with exceptional acting and first-rate production values. It's absolutely essential viewing for any Davis fan, but the film is also fascinating for its look at late thirties medical care -- Davis wears jewelry over her hospital gown and smokes constantly in the examination room -- not to mention the magnificently dissolute performance of future President Ronald Reagan as an alcoholic playboy who is in love with Davis.

Availability: Dark Victory is available on DVD and video on demand.

Next week, Errol Flynn cleans up the Old West in Dodge City.