The Essential Films of 1939: Love Affair 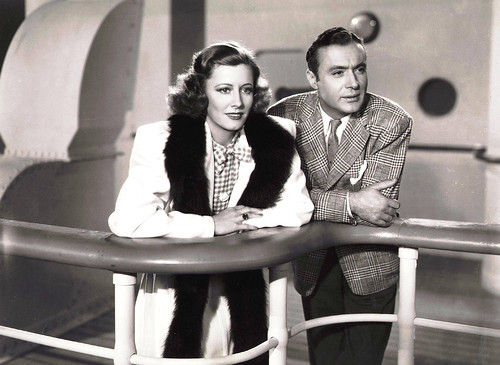 Charles Boyer and Irene Dunne have a fine romance in Love Affair.

Source Material: An original story by Leo McCarey and Mildred Cram that was turned into a screenplay by Delmer Daves and Donald Ogden Stewart.

The Plot: International playboy Michel Marnet (Boyer) and American Terry McKay (Dunne) meet and fall in love during a transatlantic cruise. They agree to test their love by separating for six months. At the end of that time period, they will meet at the top of the Empire State Building. However, tragedy strikes before one of them can make it to the 102nd floor.

Backstory: The original script for Love Affair was very different than the version that appeared in the final film. The script featured a doomed shipboard romance between Boyer and Dunne, but it had to be changed two weeks before filming when the French government objected. French bureaucrats, who were desperately trying to beat back the onslaught of Nazi Germany, did not want to alienate the American public by having one of their leading stars play the cad to America's sweetheart. The French officials took their complaints all the way to Washington and McCarey was forced to hire Delmer Daves and Donald Ogden Stewart to make the script much lighter in tone.

Best Performance: Charles Boyer as Michel Marnet. I'll admit that Boyer's Gallic charm is sometimes lost on me, but he gives a really exceptional performance in this film. He is dashing and handsome enough to be an international playboy, but he is also vulnerable enough to desperately want Terry to like him and self aware enough to realize that he has been coasting through life on his charm. Boyer is particularly effective in the final scene, where he conveys genuine pain when he believes McKay has slighted him.

Best Line: "The things we like best are either illegal, immoral or fattening," Terry McKay.

The Night They Invented (Pink) Champagne: Love Affair has an early version of product placement. In one scene, both Terry and Michel order pink champagne cocktails at the ship's bar. Pink champagne was a new product at the time, so the company asked RKO to feature it in Love Affair. Sales went up after the film became a big hit.

Remakes: Love Affair has been re-made twice. The first time was in 1957 when McCarey directed an updated version of the film, An Affair to Remember, starring Cary Grant and Deborah Kerr. Love Affair was remade again in 1994 with real-life couple Warren Beatty and Annette Bening in the starring roles.


Fun Fact: Both Boyer and Dunne always considered Love Affair their favorite among their own films.

Why it's essential: Love Affair is one of the best and most timeless romances ever to grace the silver screen. An Affair to Remember, with its lush Technicolor photography is more accessible to modern audiences, but the original 1939 film is still the best of the two versions. Love Affair has a greater emotional impact that An Affair to Remember, mostly because of Boyer's fine performance.

Availability: Love Affair is available for streaming on Amazon Prime. It is also available on DVD and video on demand.